Salvador da Bahia or Salvador is the largest city on the northeast coast of Brazil and was founded in 1549 by the Portugese.  Salvador is one of the oldest colonial cities in the Americas and is also the first slave market on the continent with slaves arriving to work on the sugar plantations.  Hence, it is heavily influenced by African culture, cuisine, and music.  Salvador is divided into “Lower Town” with the port and neighborhoods along the bay and “Upper Town” which is the rest of the city.  These two parts of town are connected by an elevator, known as Elevador Lacerda since 1873.

The historic center known as the Pelourinho was declared a UNESCO World Heritage Site in 1985.  We stayed at Convento do Carmo which as its name suggests was converted into a hotel from a convent and is located in Pelourinho.  “Pelo”, as the locals would refer to it, is easily walkable and there are restaurants, shops, and restored pastel-hued buildings at every corner.  We missed the carnival in Salvador which is the biggest in the world and lasts for a whole week.  Salvador is not only a Catholic center, but also the birthplace of the Afro-Brazilian religion Candomble, brought over by African slaves in the 1500s.  Candomble is a Yoruba faith similar to Haiti’s voodoo and Cuba’s Santeria.  Candomble devotees believe in a supreme creator called Oludumare and lesser deities called Orishas.  Every devotee is believed to have their own guardian Orisha who controls his or her destiny.  We visited one of their ceremonies in the basement of a concrete building on a small side street.  Men and women have to sit on opposite sides of the room and photography is forbidden.  Music and dance are important parts to Candomble where dances and the beating of the drum enable practitioners to become possessed by the Orishas.  About fifteen or so women all dressed in white hoopskirts with white head wraps, swirl in the middle of the room with their eyes closed.  Candomble devotees believe that the gods inhabit the women’s bodies at this moment and can speak through them.  Occasionally, one of the women would collapse, overcome by the power of the diety.  We also went for a cultural show which encompassed Candomble, Capoeira, Samba de Roda, etc. 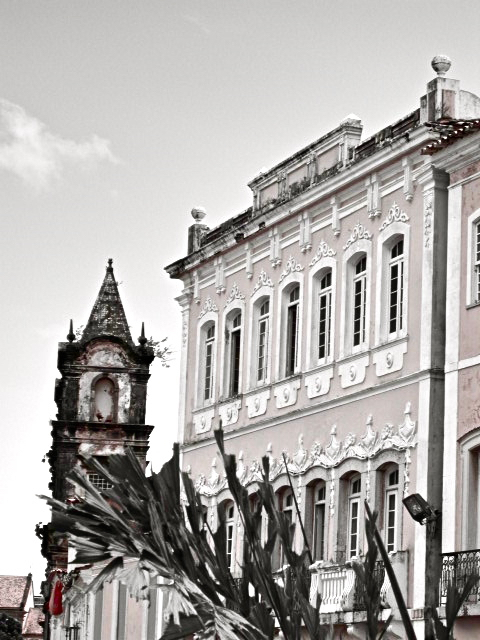 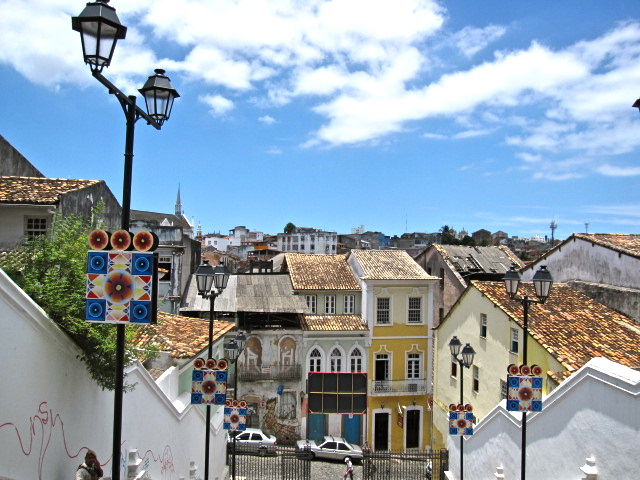