Agra is the home to the iconic Taj Mahal and Agra Fort and is also the last stop on our train journey before returning to Delhi.  The Taj Mahal is widely regarded as the one of the world’s most celebrated symbols of love. This white marble mausoleum was commissioned by Shah Jahan when his favorite wife, Mumtaz Mahal, died.

A longstanding myth claims that Shah Jahan had planned to build a black marble mausoleum for himself across the Yamuna river, however no evidence of this had yet been found.  In the end, Shah Jahan was buried in the Taj Mahal, next to his beloved wife.  There are full moon visits at the Taj every month (night of full moon plus two nights before and two nights after). Oftentimes, the moon is not high enough to illuminate the Taj Mahal and there are no lights on the grounds.  I heard that sunrise visits are much more spectacular where the white marble of the Taj takes on a pinkish hue and changes colors as the sun rises.  Unfortunately, my photos don’t do the Taj much justice as I visited on an extremely hazy day.

Agra Fort is similar to the Red Fort in Delhi. This is where Shan Jahan was imprisoned by his son Aurangzeb and said to have died in the Musamman Burj tower with a view of the Taj which he built for his deceased wife. 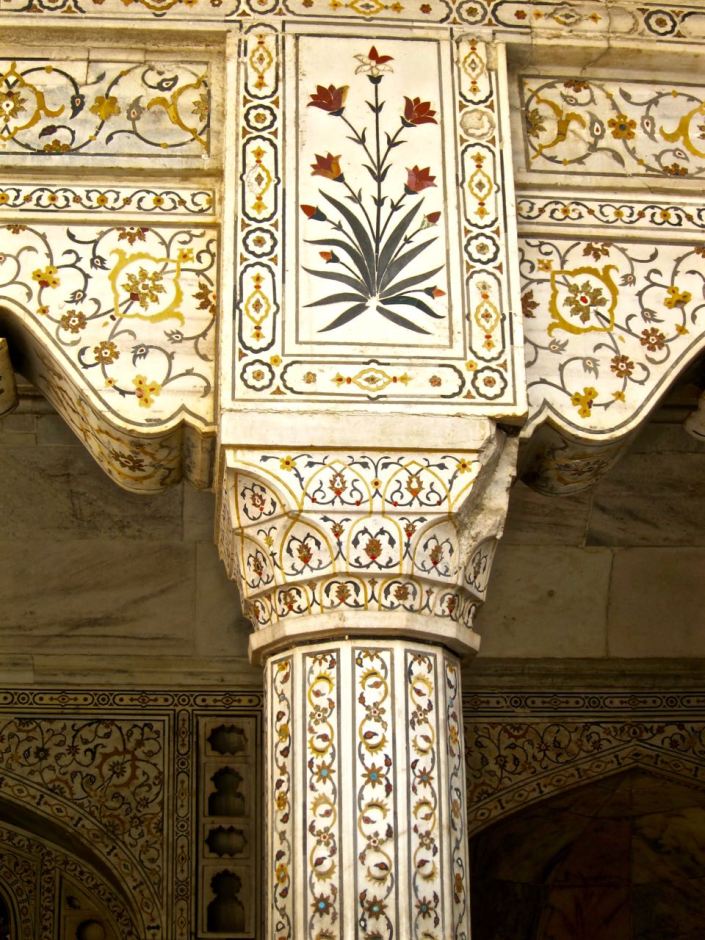 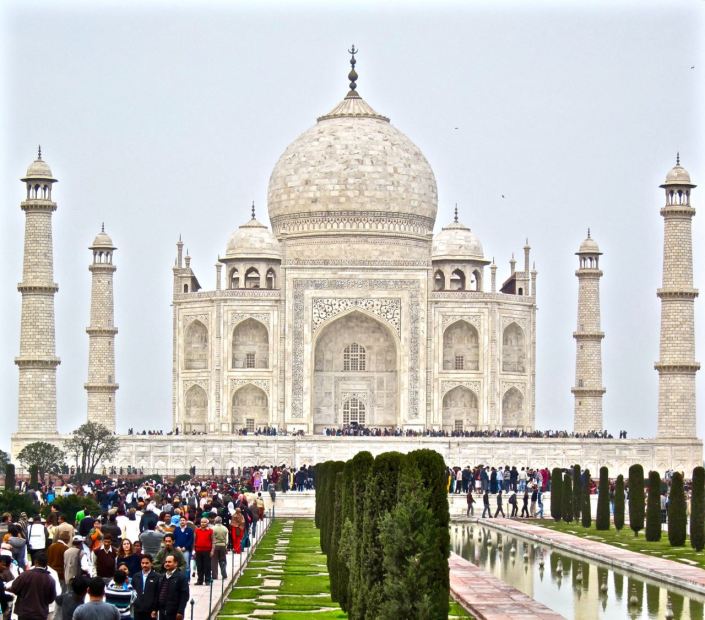