Machu Picchu in Peru has always been on my bucket list.  Since the Inca had no written language, there is no record of why this complex was ever built.  It may forever remain a mystery as to why such efforts were made to build a city that could only support a few thousand people especially when the Inca did not have metal or wheels some 500 years ago.  As the Spanish Conquest progressed, it was widely believed that the indigenous people were continuously driven to higher altitudes (difficult for their enemies to acclimatize) or into the Amazon (also difficult for their enemies to navigate and adjust to the high humidity).

Upon arrival, we entered the citadel for a tour around the site. 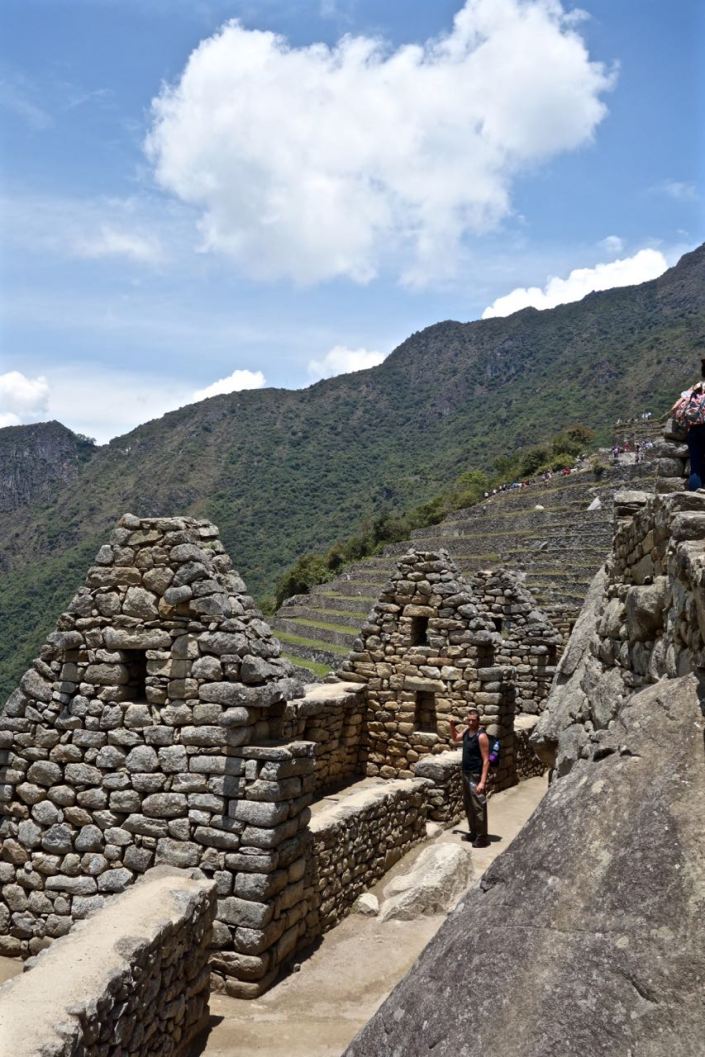 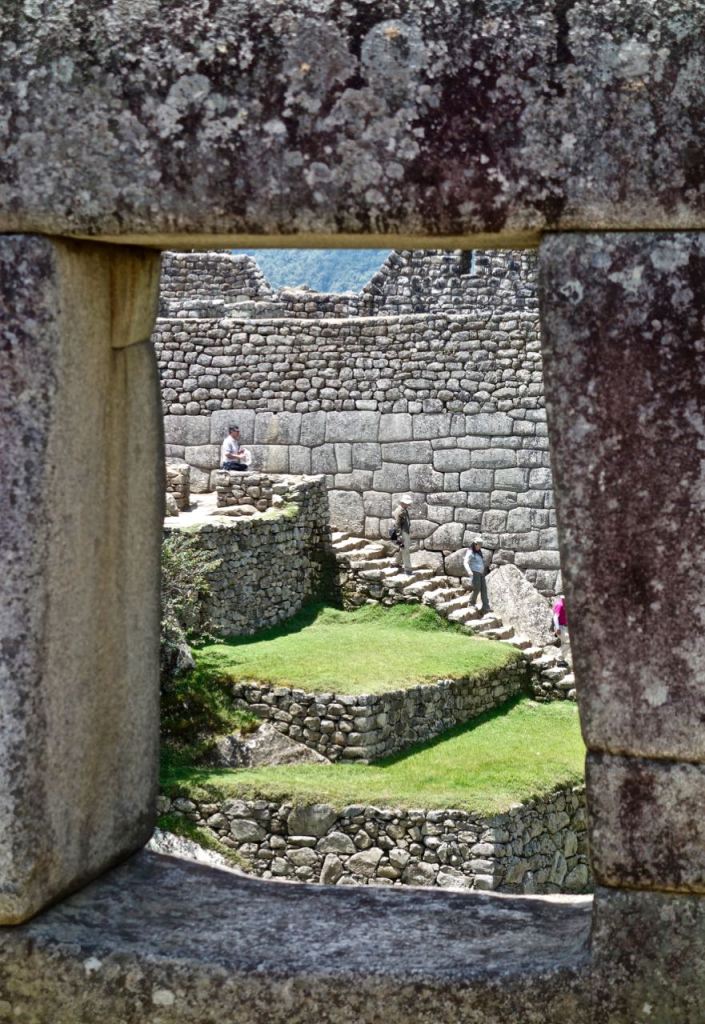 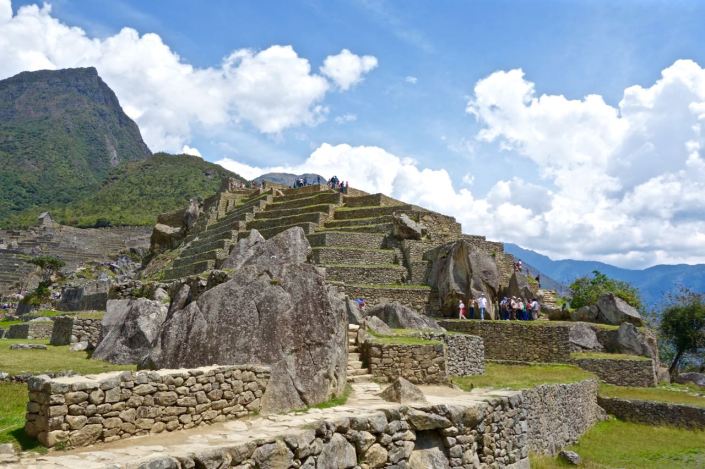 We stayed overnight at the former Oriend Express Hotel, now the Belmond Sanctuary Lodge, which is the only hotel right outside the gates of the citadel of Machu Picchu.  Even though the hotel is hard to book and expensive for what it is, I highly recommend staying there for one night because its location is truly unbeatable.  I woke up early and was one of the first to enter the citadel as the gates opened at 6.00am.  From what I understand, if you stayed in town of Aguas Clients below, the first bus departs at 5.30am and takes a little over 30 mins to reach Machu Picchu, plus reservations are not available so you have to wake up extra early to go line up and try your chances.

The weather was quite fickle during my visit.  I was extremely lucky that the weather was perfect the day I arrived Machu Picchu and visited the site. Then it rained nonstop overnight so I thought there probably won’t be much of a sunrise the following day.  Regardless, I got up early and ventured into the citadel.  It was drizzling and quite foggy, but then the sun came out and looking down at the almost empty citadel, you just want to stand there and stare forever. 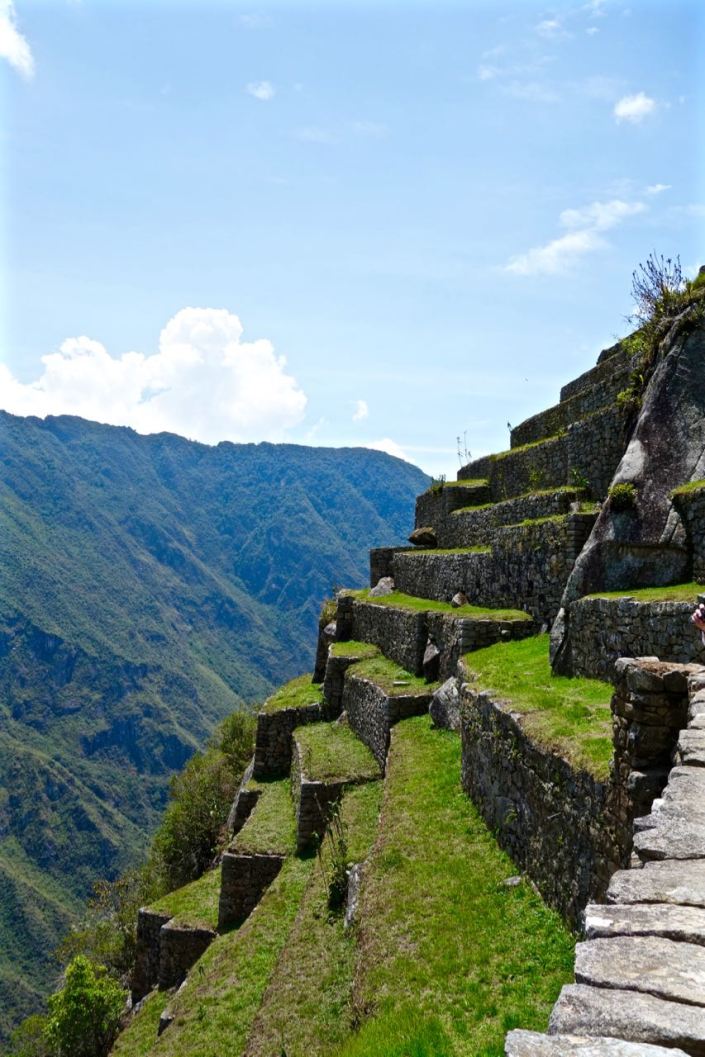 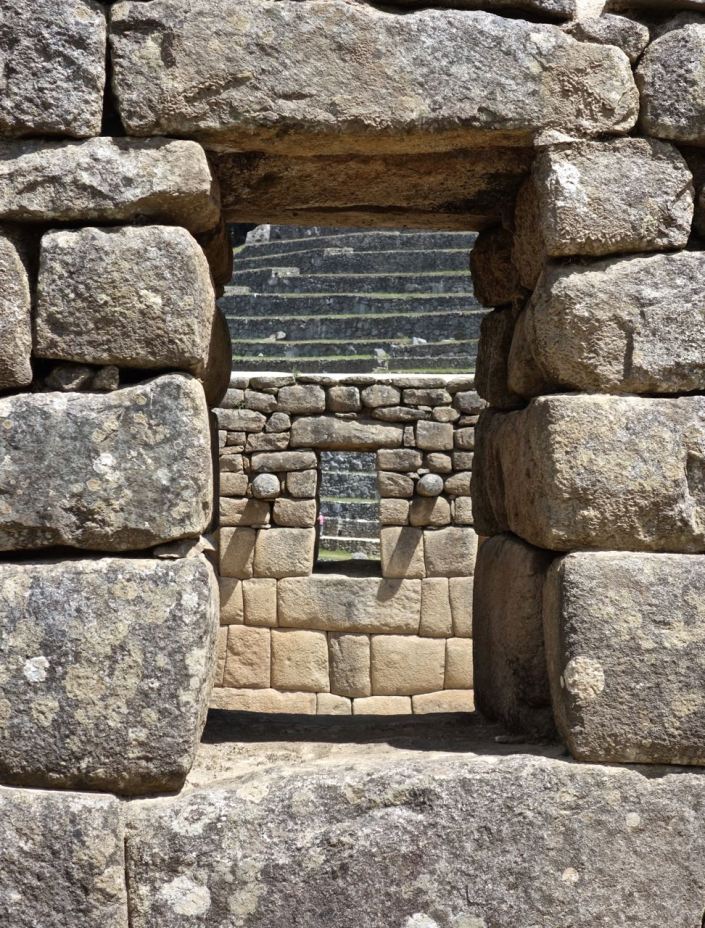 After admiring the almost empty citadel, I rushed through the citadel to my pre-booked time slot for hiking up Huayna Picchu.  Huayna Picchu is the mountain in the back of all the Machu Picchu photos you will see.  You have to purchase tickets online ahead of time because only 400 visitors are allowed up everyday.  Do wear hiking shoes as some places are quite slippery and bring gloves because the metal chains have quite a bite of rust on them.  I was told that the high priest and local virgins used to reside at the top and they would descend every morning to signal the arrival of the new day.  The path up is quite steep and slippery especially since it rained through the night.  There are places with metal chains bolted into the mountain to help with the hike.  There are also no railings so it gets a bit scary when people pass you on the path.

The view of Machu Picchu from the top of Huayna Picchu is priceless.  There is a fortress but I was to chicken to climb up.  The width of the so-called stairs are about the length of my foot and are merely stones jutting out of the wall with no railing to prevent falling to your death and nothing to even hold on to other than trying to stick your fingers into crevices in the wall.

The weather started to turn again by the time I descended the mountain and luckily didn’t start to pour until I was safely back at the hotel.  We planned to take the Hiram Bingham (Orient Express) train back to Cusco instead of the Vistadome because the schedule was better and we also wanted to give it a try.  After a nice tea buffet at the Sanctuary Lodge where all the other Hiram Bingham passengers met, we were transferred to the train waiting for us in Aguas Calientes.  Passengers were seated at their own booths where dinner was served soon after departure.  After dinner, you can either stay in the dining car or move to the bar area with live music.