We stayed on the Aria of Aqua Expeditions during our visit to the Peruvian Amazon.  The boat is modern and the cabins are spacious.  I can’t think of a better way to visit this part of the Amazon river.  Like a cruise, we navigate to a new location everyday and are taken on excursions into the rain forest.  We sailed along the two largest tributaries of the Peruvian Amazon, the Ucayali and the Marañon, as well as on the Amazon itself.

Truth be told, the Amazon was not as I imagined.  I thought it would be more like going on a safari and seeing loads of animals peering at you along the river.  But in reality, we didn’t really seeing many animals.  It took us a while to spot a few monkeys and we only saw one sloth through the whole journey.  However, we did get to see some strange animals during the trip.

As I mentioned before, one of the benefits of going to the Amazon during low water season is the ability to venture into the jungle on foot.  We were given knee high rubber boots for the trek. 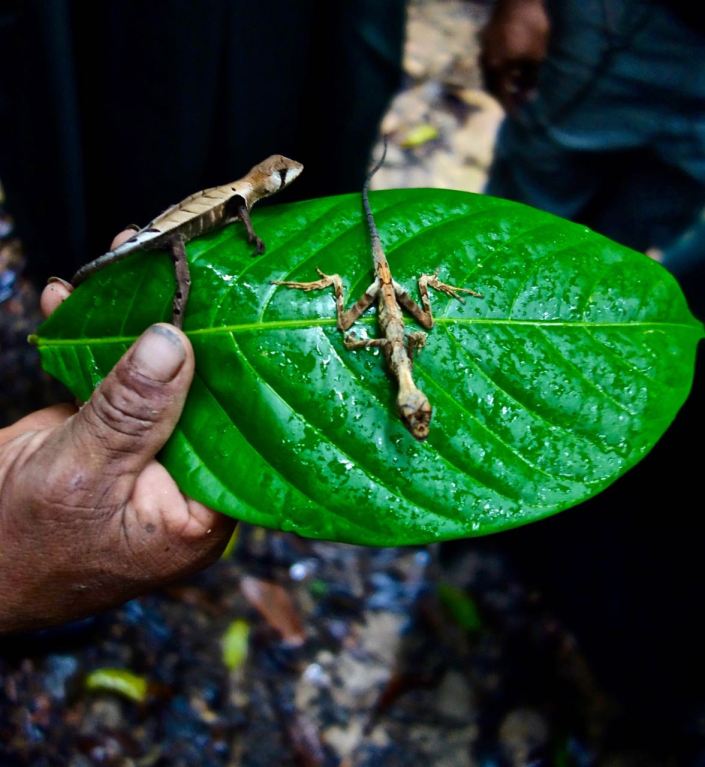 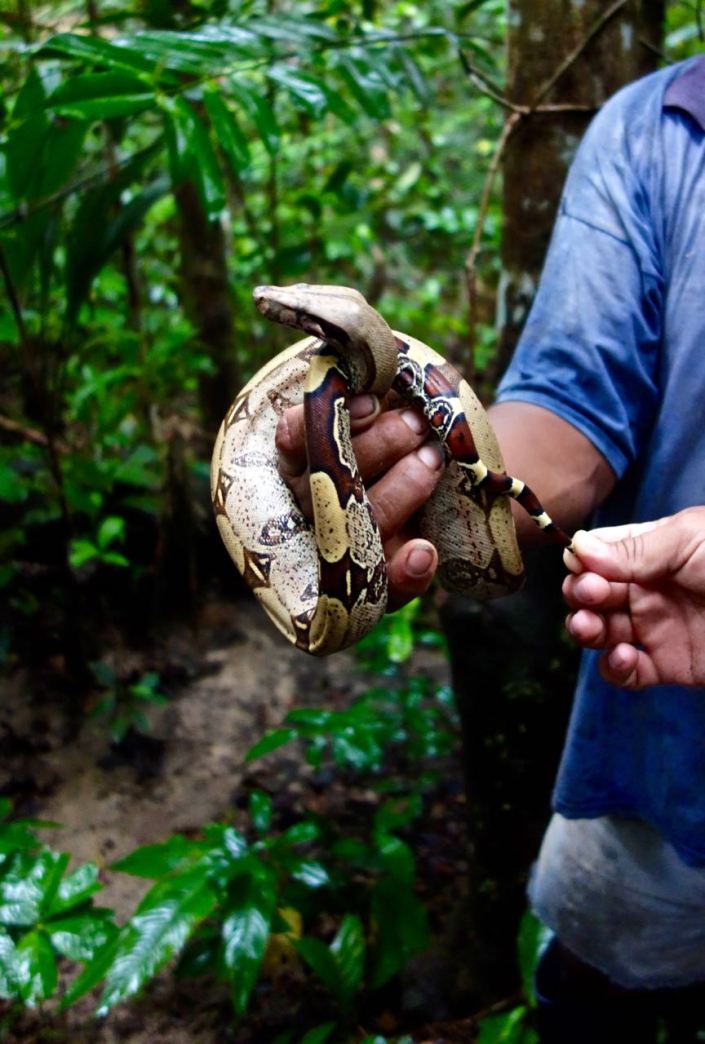 One evening we went out in search of some caymans.  It was very dark and spooky navigating the river in the dark.

The following morning we went out before sunrise to try to spot some animals before they went into hiding in the hot weather.

I especially enjoyed the opportunity to visit a local village in the Amazon.  It reminded me of a village in the Philippines or somewhere in South-East Asia.  We got to meet the shaman of the village as well as curious and giggling local children. 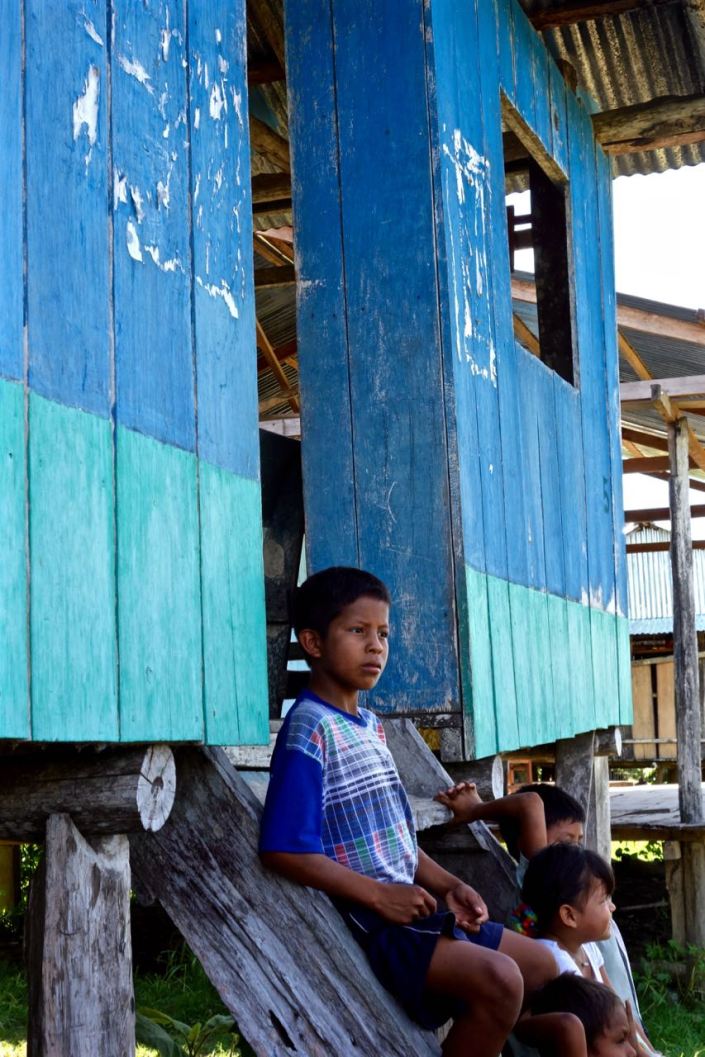 After disembarking the Aria, we were taken to the Manatee Rescue Center before our flight back out.  It is a kind of an orphanage for manatees where they are rehabilitated and then released back into the wild.  They are quite strange looking and I am surprised that folklore has it that sailors often mistake manatees for mermaids when at sea.