Bogota is the capital of Colombia and one of the largest cities in Latin America.  The city’s cultural center is the cobblestone historic downtown La Candelabra.  Most of Bogota’s attractions are in this area such as Plaza de Bolivar, the Gold Museum, and the Botero Museum.  Monserrat Hill is also frequented by visitors for its panoramic views of the city.

We stayed at the Casa Medina Hotel in Zone G of Bogota.  The “G” in Zone G stands for gourmet and this is where most of the best restaurants of the city are concentrated.  We started our visit of the city with a cable car ride to the top of Monserrat Hill for a panoramic view.

A visit to Bogota is incomplete without a tour of the Gold Museum.  This museum contains the largest collection of pre-Colombian gold pieces.  It has altogether some 50,000 pieces of artefacts made of gold, other metals, and ceramics. 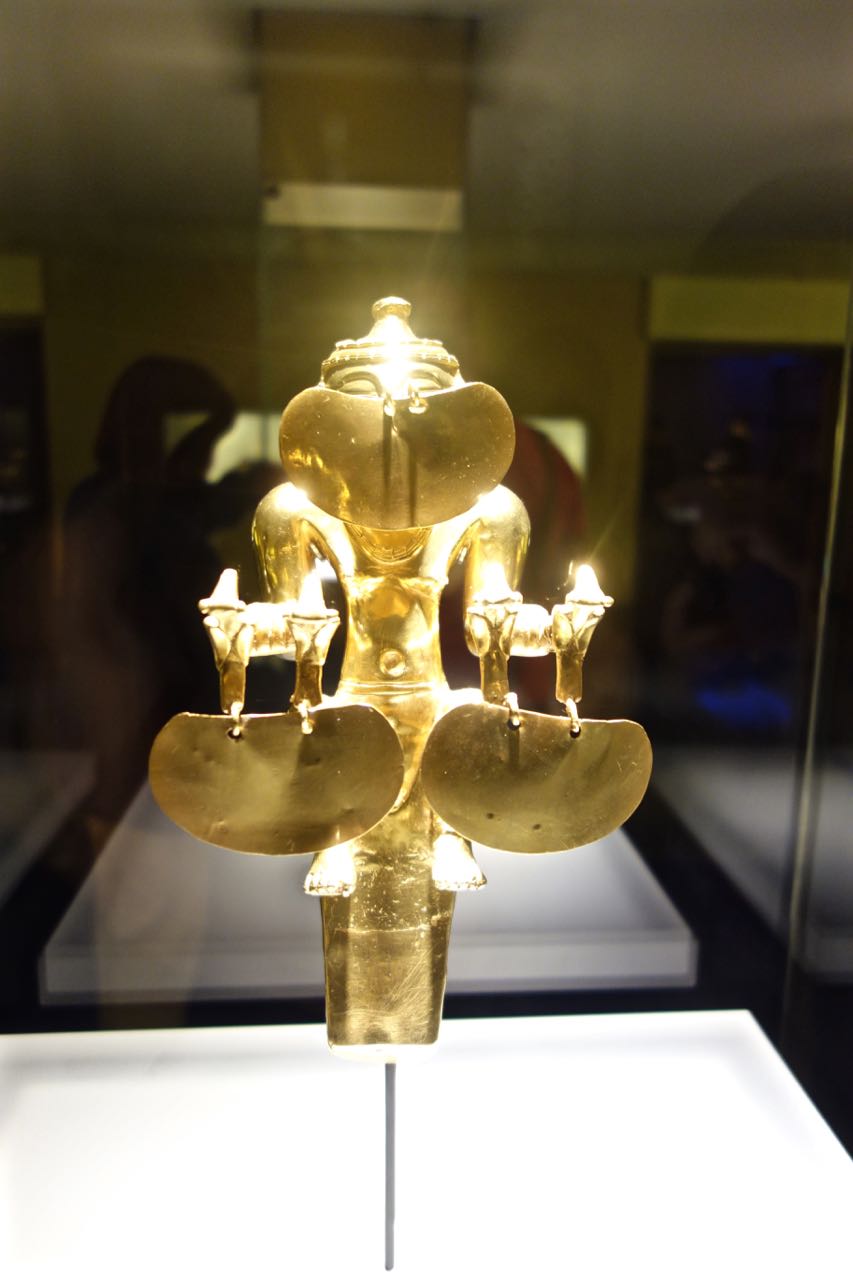 The Botero Museum is housed in a colonial building near the Gold Museum in the historic La Candelaria neighborhood.  The museum has 123 works of Fernando Botero and 85 of other artists, all donated by the Colombian artist Botero himself.  Botero’s signature style is making everyone and everything fat. 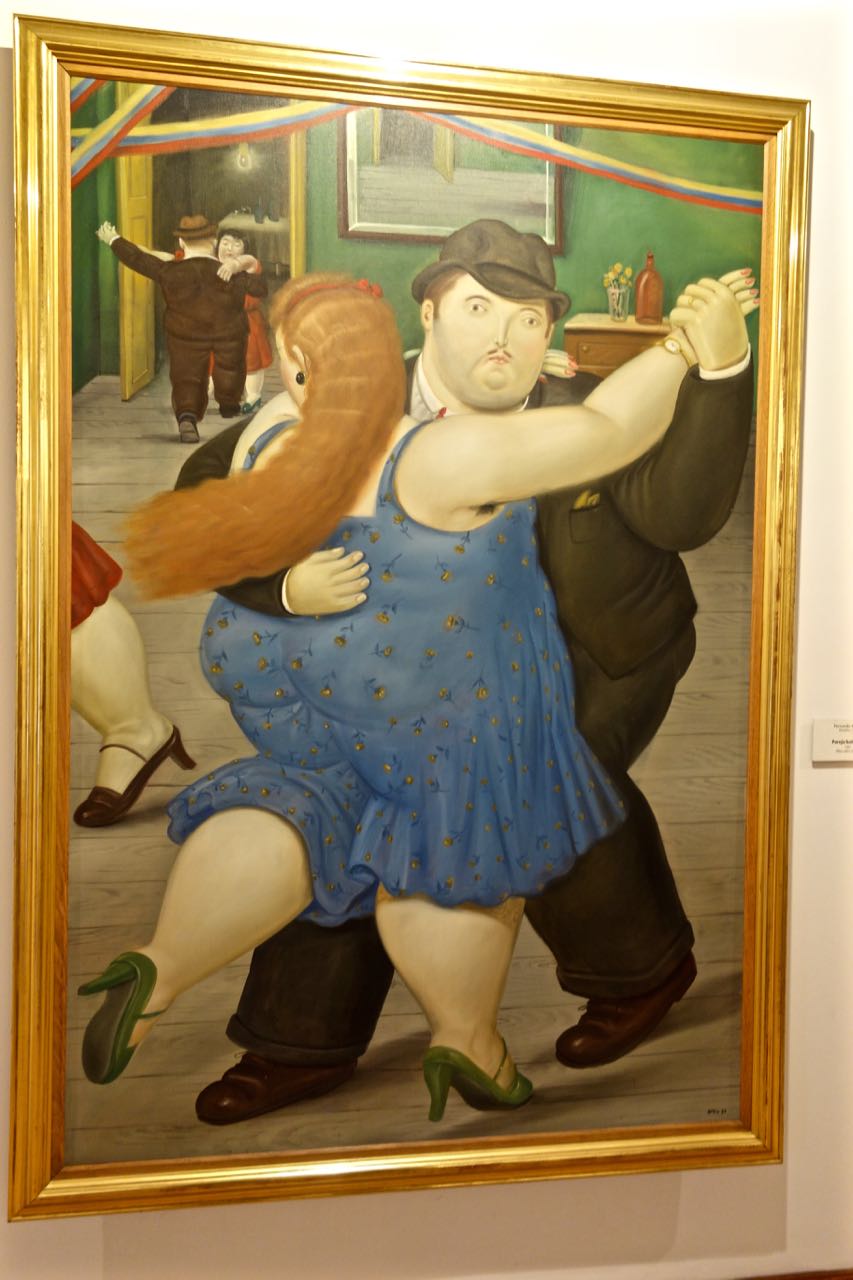 A few blocks away from the Botero Museum is Plaza de Bolivar.  The historic square is surround by government buildings such as the palace of justice, the Parliament, and the mayor’s office, as well as the Cathedral of Bogota. 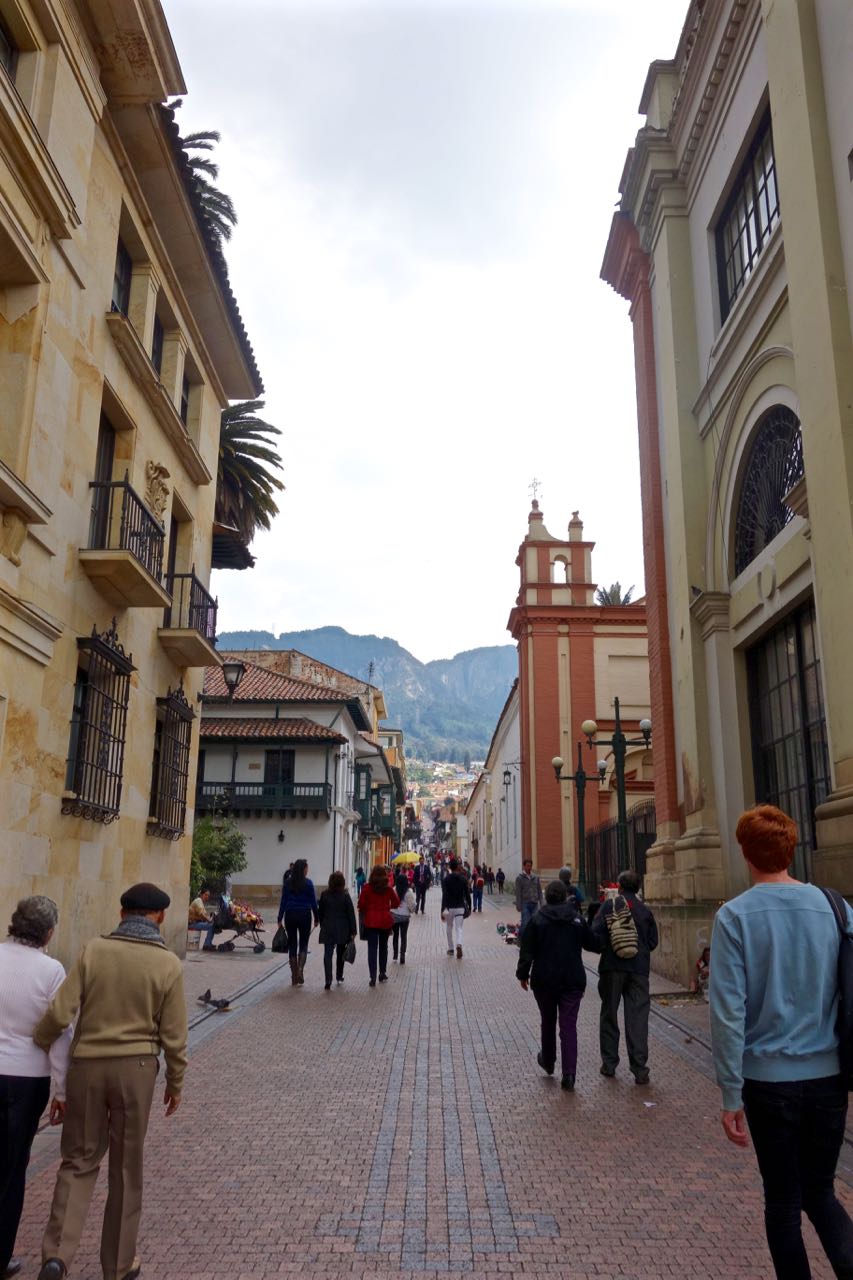