The Hanging Temple of Henshan or Xuankong Temple is a temple built into a cliff more than 1,500 years ago.  It is about 65 km outside of Datong City in Shanxi Province.  The temple is famous not only for its location on a cliff, but also because it is the only existing temple that caters to all three Chinese traditional religions: Buddhism, Taoism, and Confucianism.  It is believed that the reason for catering to all three religions of the time was to prevent the destruction of the temple through regime changes and the resulting more prevalent religion of the regime.

The entire temple complex hangs on the rock face only supported by wooden crossbeams fitted into holes chiseled in the stone.  There are a few levels with many small rooms and altars.  Legend has it that the construction of the temple began with a single monk, Liao Ran, in hopes of creating a sanctuary where practitioners could meditate in isolation, somewhat similar to the intention of the monasteries perched on top of stone pillars in Meteora, Greece. 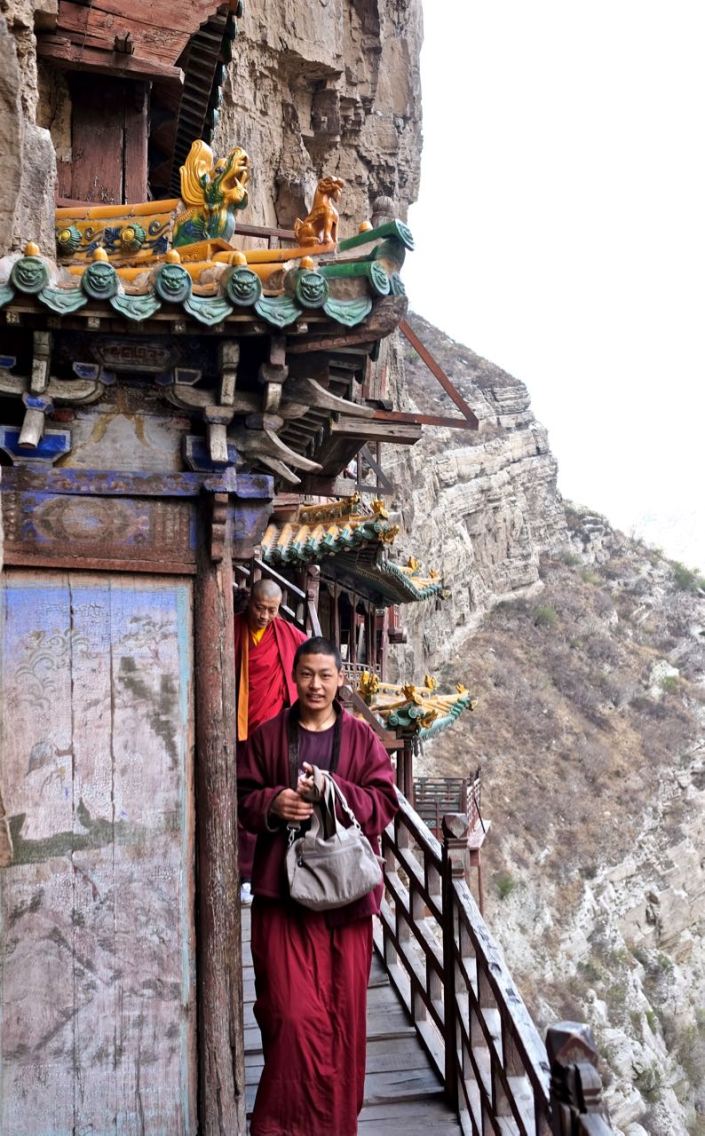 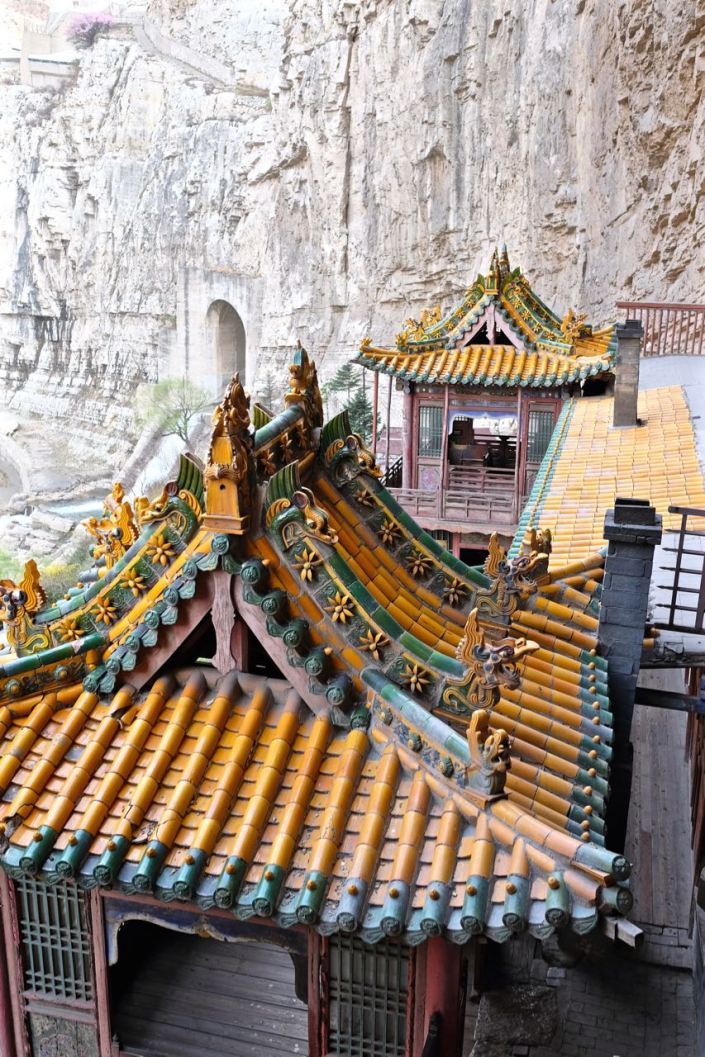 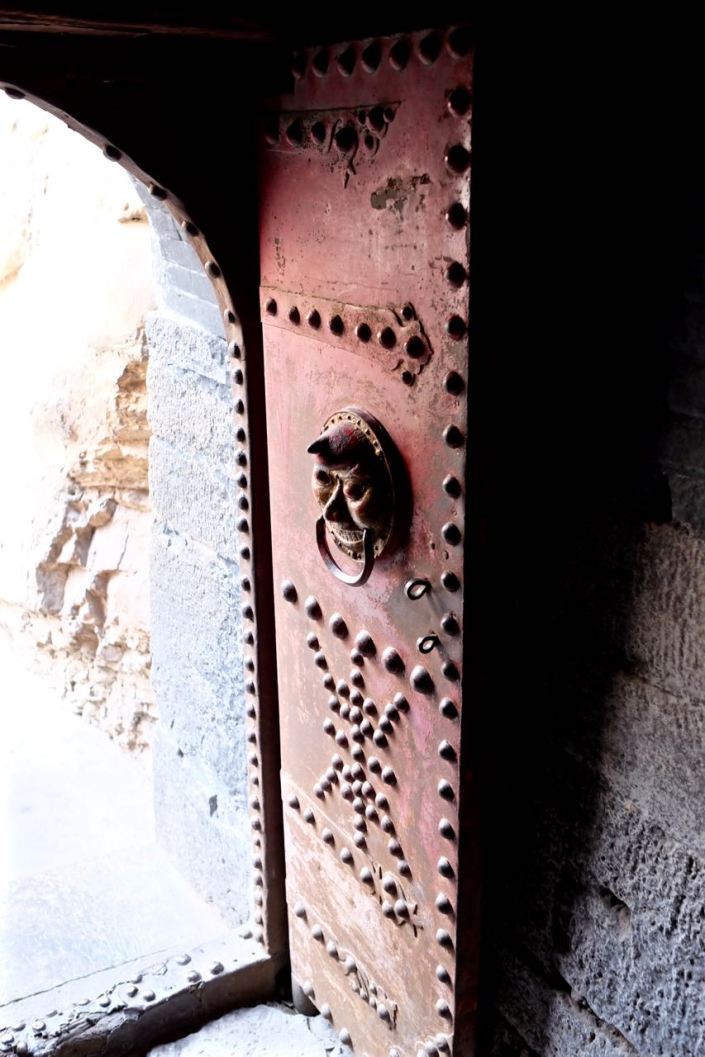 I thoroughly enjoyed my brief visit here at the Hanging Temple, but it is definitely not for the faint hearted!  After we got up to the temple complex, our guide announced that she was extremely afraid of heights.  She ended up clinging onto the side of the wall or any railing she could find for dear life during our entire visit.