Wieliczka Salt Mine is often visited in conjunction with Auschwitz because of their close proximity.  It is one of the world’s oldest salt mines that continuously produced table salt until 2007.  Now tourists can visit this subterranean world of labyrinthe corridors, chapels, and saline lakes inside this old mine.

The highlight here is the Chapel of Saint Kinga where weddings are held.  Not only are all the stairs, walls, sculptures and artwork carved out of salt, even the crystals of the chandeliers are made from rock salt.  All visitors must join one of the tours organised by the mine.  Tickets are quite easy to purchase on the spot though you might have to wait a little for your specific language tour to depart.  We bought our tickets for a later departure time and went across the street from the entrance to grab a bite at a local restaurant. 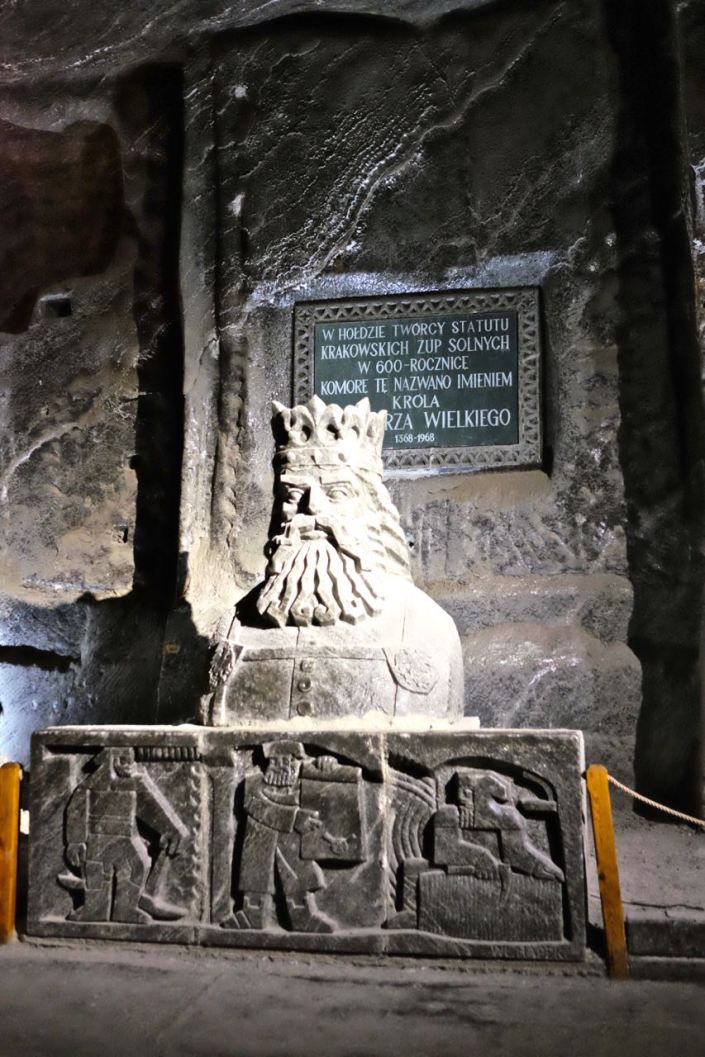 Saint Kinga is a saint in the Catholic Church.  She was born to King Bela IV of Hungary and was reluctantly married to Boleslaw V who later became Prince of Krakow.  Legend has it that Kinga threw her engagement ring into the Maramures salt mine in Hungary.  The ring traveled along with salt deposits to Wieliczka where it was discovered by miners.  She then became the patron saint of the salt miners here and a chapel was built in her name. 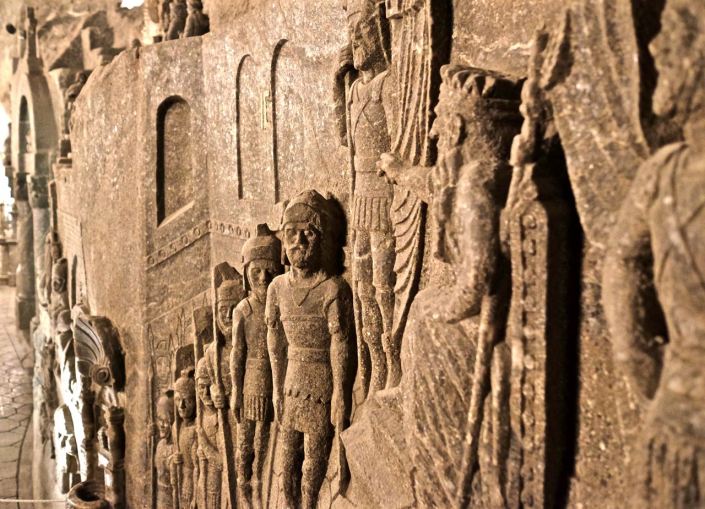 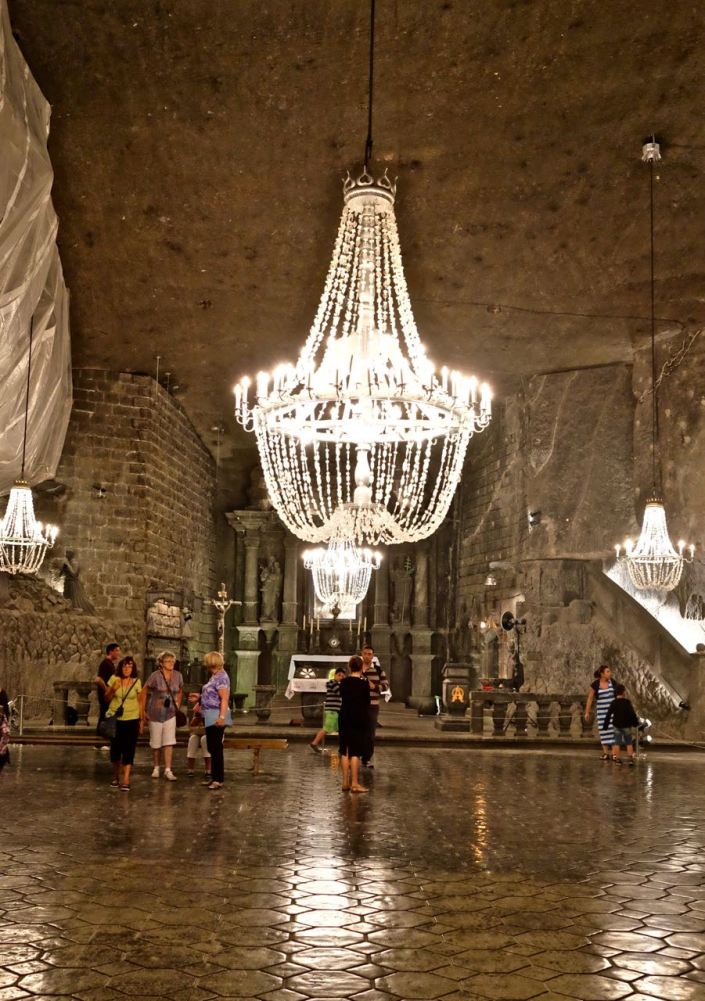 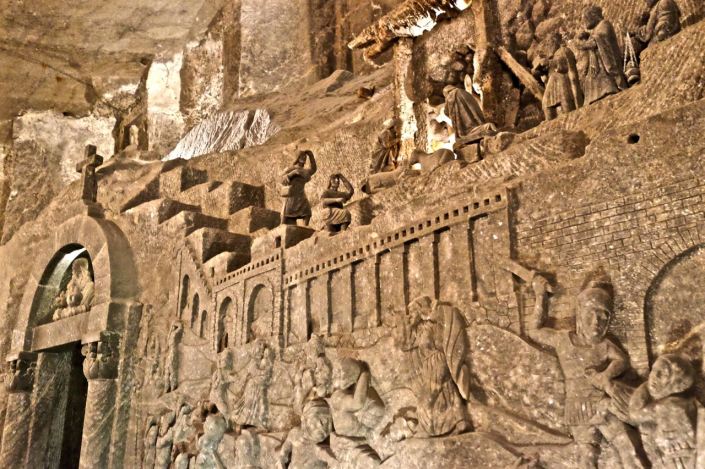