Tikal, situated in the El Peten region of Guatemala, is the ruins of the capital of one of the most powerful kingdoms in the ancient Maya World.  It remained somewhat prosperous until the decline of the Maya civilization around 900 AD and was eventually abandoned completely and consumed by the rainforest surrounding it.  Tikal was rediscovered in 1848 and it is one of the largest archaeological sites of the pre-Columbian Maya civilization.  Excavation work is still ongoing and temples still being uncovered.  Tunnels have been mapped under the complex which extend 800 km to the opposite side of the country.

We stayed at the Camino Real Tikal Hotel on the shores of Lake Peten.  The hotel is supposedly the best one in the vicinity but really needs some updating.  The rooms are very basic and dated with weak air-conditioning.  Since we didn’t have a car, we had to eat in the hotel restaurant for the 2 nights we were there.  The food was very average and for one of the nights, we were the only ones there.

We were driven to Tikal bright and early.  The site felt less overrun with tourists than other Mayan sites like Chichen Itza, perhaps due to its remoteness in the jungle.

The following day, we departed Tikal enroute to Belize with a stop at another ancient site, Yaxha.  Yaxha, which translates to “Blue Green Waters”, is a former ceremonial centre and city of the pre-Columbian Maya world.  It is situated on the north shore of Lake Yaxha about 30 km southeast of Tikal.  At its peak, it had a population of 42,000 and is the third largest Mayan ruin in Guatemala, with only Tikal and El Mirador being larger. 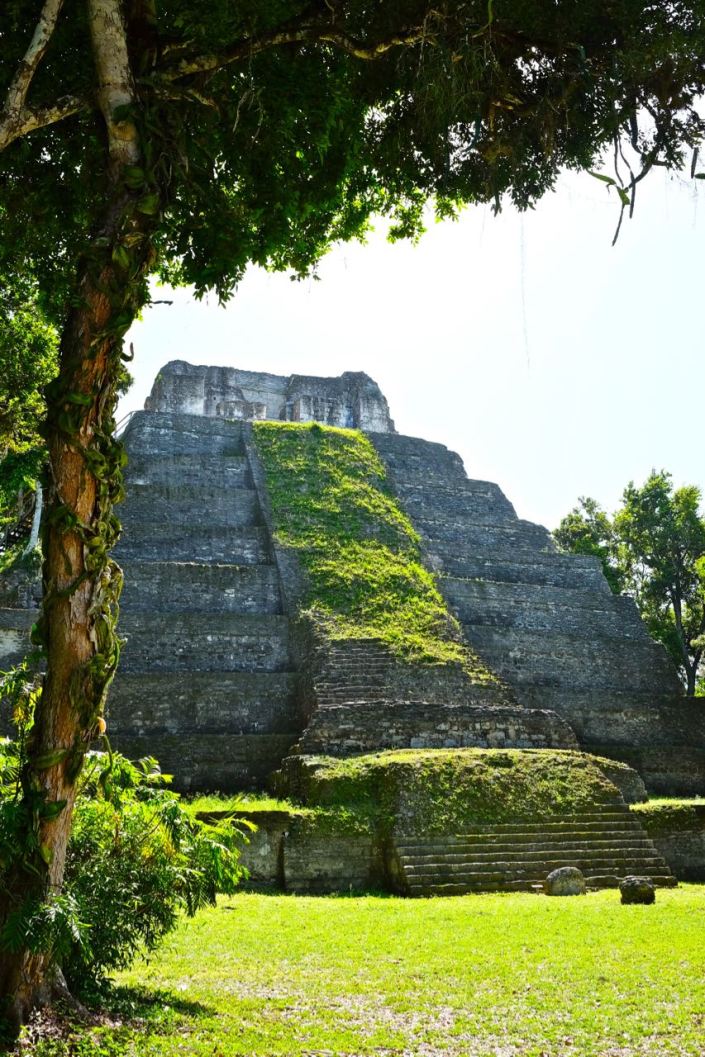 More Maya civilisation coming in the next posts on Belize.