From Yaxha in Guatemala, we continued to the border of Belize by car. The Maya civilization spread across what is now Belize in around 1500 BC, and flourished here until about 900 AD.  The main political center in the middle and south of Maya Belize was Caracol, whereas in the north, the most important political center was Lamanai.

After clearing a very simple immigration procedure, we were met by our driver from the Ka’ana Boutique Resort.  I very much enjoyed my stay at the Ka’ana.  The rooms were spacious and modern, the food was good (especially after a few days in Tikal) with vegetables from their own organic garden, and the staff friendly and helpful.  We went to Xunantunich with one of the guides of the hotel and had an informative and pleasant visit.

Xunantunich, which translates to “Stone Woman” is a Maya ruin located in western Belize, accessed by a short crossing on the Mopan River on a hand-cranked chain ferry. The site dates back to around the 7th century and was a ceremonial center.  The “Stone Woman” refers to the ghost of a woman claimed by several people to inhabit the site, although like most other Maya ruins, the ancient name is unknown. 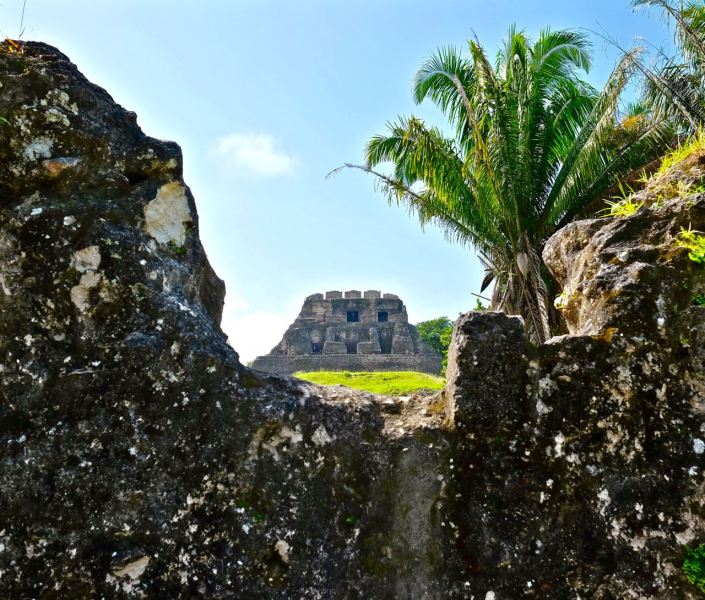 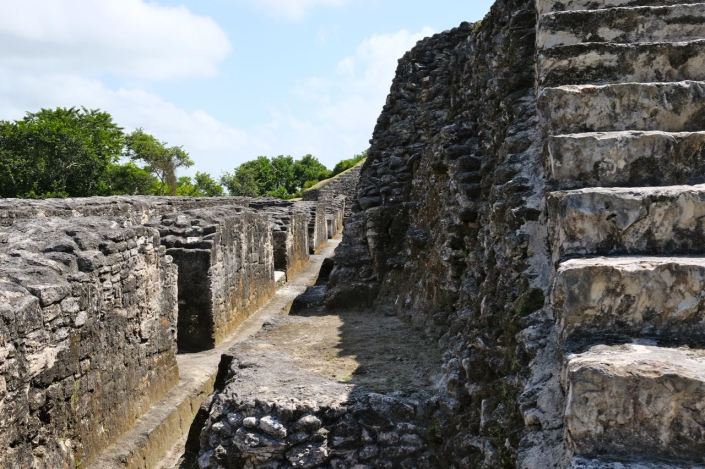 Next, we explored a Maya ceremonial cave, Barton Creek Cave.