After a wonderful 4 days at Titilaka on the Peruvian side of Lake Titicaca, we moved on to the Bolivian side of the lake.  We passed by some small towns such as Juli before arriving at the Kasani border crossing.  While our Peruvian driver moved our luggage 50 meters or so to the Bolivian car, we went into the little office on the Bolivian side to process our visas.  We were told that sometimes the queue can be quite long and the office does close for lunch, but we were lucky there weren’t many people there when we went.  Make sure you download and fill out the visa application form and bring a recent photograph, as well as a copy of your passport.  They will also ask for your itinerary or hotel and flight confirmations.  Make sure you have new bank notes in USD for the visa fee.  They will take a photo and print out a visa to stick into your passport.  Then you go to the adjacent counter and hand them the entry form where they will stamp your passport.  After crossing the border, it is about a 10-minute ride to Copacabana, a small town on the Bolivian shore of Lake Titicaca, not the beach in Rio, though it actually lended its name to the beach.  Copacabana is a backpackers town and not all that nice, so in my opinion, it is okay to skip it if pressed for time.  We only stayed one night here at Hotel Rosario del Lago. 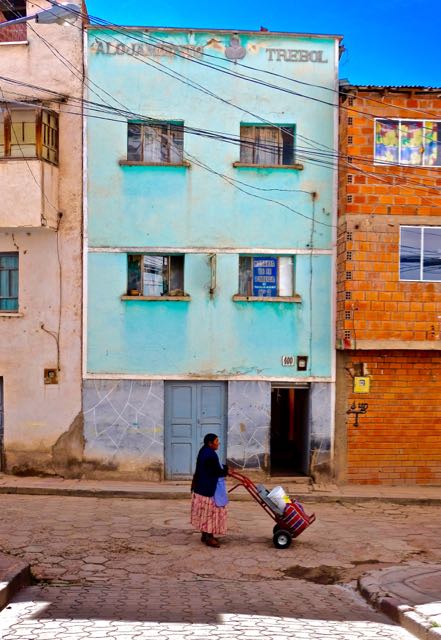 From the port of Copacabana, we went by motor boat to Isla del Sol or Island of the Sun which is one of the largest islands of Lake Titicaca.  It is called Island of the Sun because the Inca believed that the sun god was born here.  It is also widely believed that this is the birthplace of the Inca Empire and its civilization.  There are over 180 Inca ruins on the island dating back to the 15th century AD.  We only managed to visit the grand staircase that leads up to the fountain of eternal youth.

Leaving Copacabana the next morning, we continued on for a brief visit at Tiwanaku. Tiwanaku was the capital of a powerful pre-Inca civilization dated between 500-900 AD. What remains here are several temples, a pyramid, gates, and carvings of alien-like faces, probably depictions of the first race of stone giants.  The Incas believed that Tiwanaku was created by their god Viracoca who rose from Lake Titicaca and not built by the earlier civilization of another people.  In ancient mythology, Lake Titicaca was considered the center of the world and it was here that the stone giants and subsequently the human race began.  The monoliths here at Tiwanaku remind me of the moais on Easter Island.  In fact, it has been speculated that the moais were actually built by the Tiwanakans and not the Rapa Nui people of Easter Island.  Another interesting fact is that the totora floating reed found in Lake Titicaca is also found in one other place in the world, and that is in the Birdman’s Crater on Easter Island. 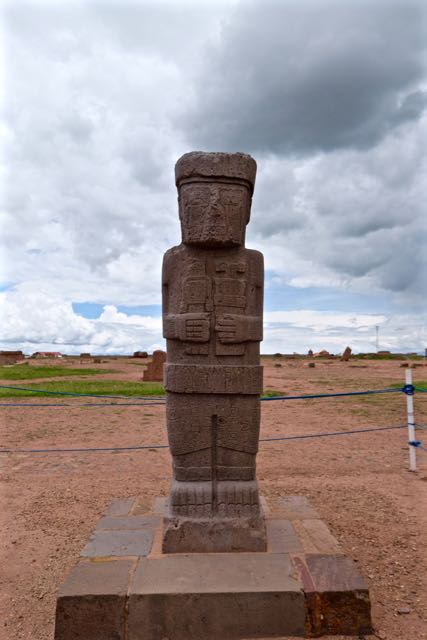 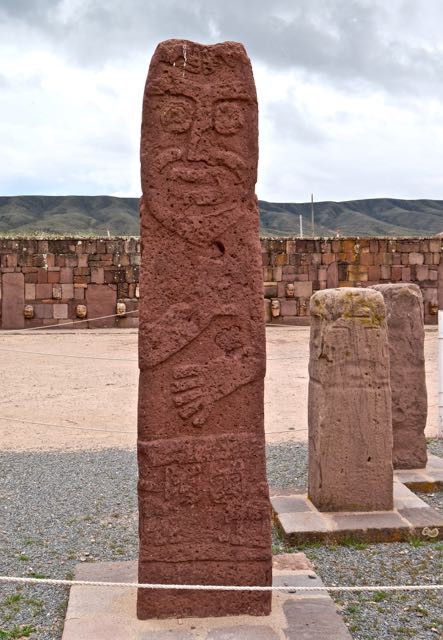 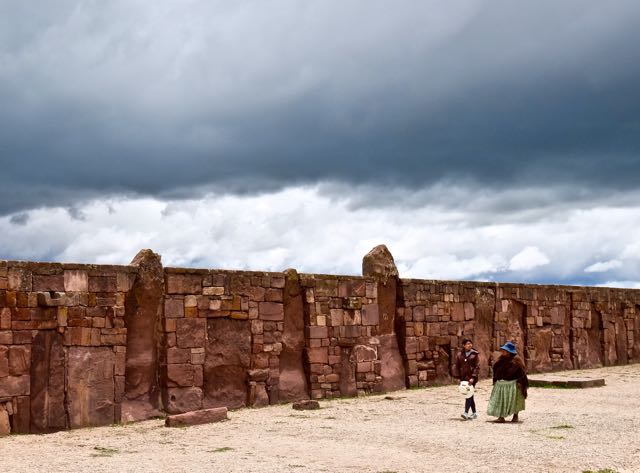 Next stop in Bolivia are the colonial towns of Sucre and Potosi.  Stay tuned!