Sucre is located in the south-central part of Bolivia and is also known as Charcas, La Plata, and Chuquisaca.  Nowadays, it is often referred to as the White City and it is the best preserved colonial city in Boliva.  Compared to Lake Titicaca where we came from, it is considerably lower in altitude but still quite high at 2,810 meters.  Many people say that the highlight of Sucre is its relaxed atmosphere.  It probably felt this way because it used to be the retreat for the wealthy who made their fortunes from the silver mines in Potosi nearby.  While La Paz is where the seat of the government lies, Sucre is still the symbolic capital and heart of Bolivia.  The Bolivian independence of 1809 was started with the ringing of the bell of the Basilica of Saint Francisco in Sucre and the broken bell still remains one of the most important relics of the city.  We originally only planned to stay a day and a half here but because of the Bolivian referendum where everything shuts down including flights, we stayed for an extra day.  The people in Bolivia must vote whether the current President Evo Morales can seek a fourth term as president.  We stayed at the Hotel Parador Santa Maria la Real which is housed in a 18th century colonial building in the center of town. 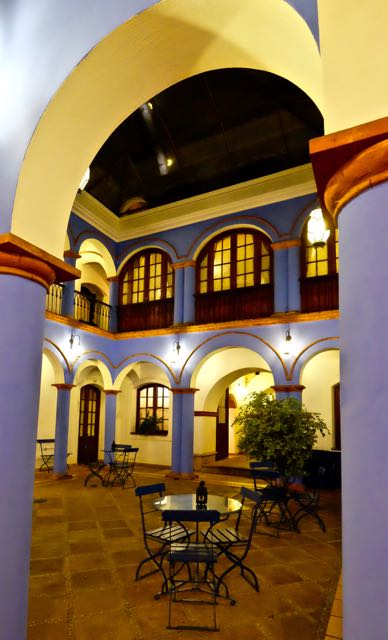 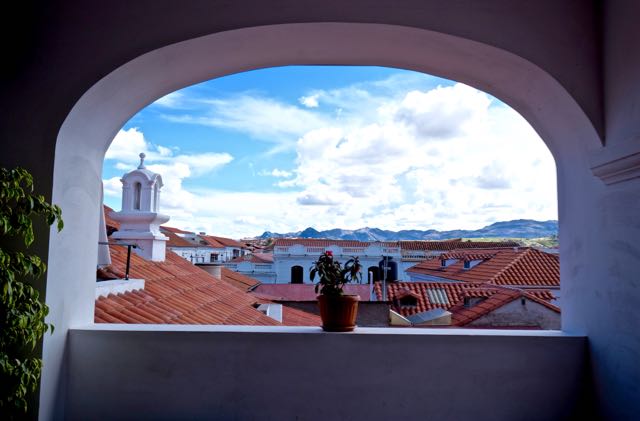 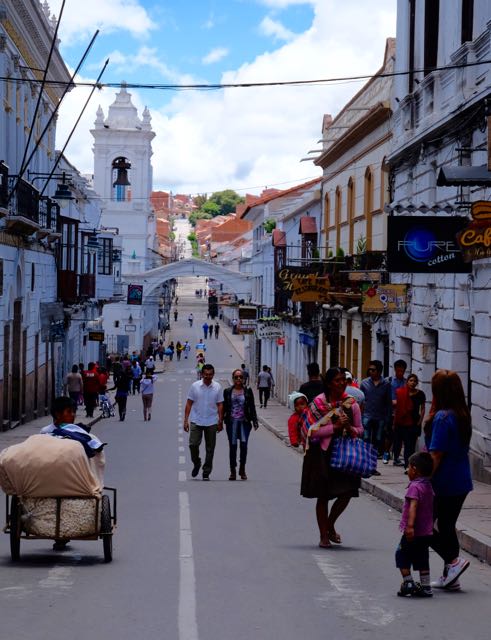 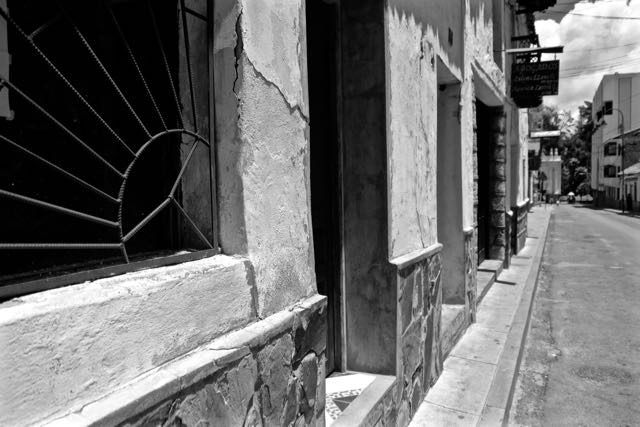 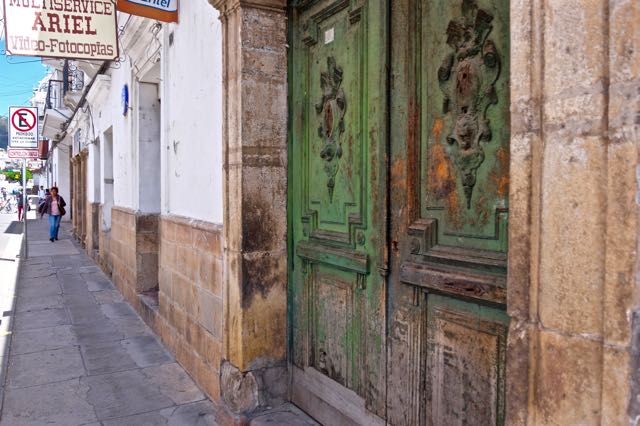 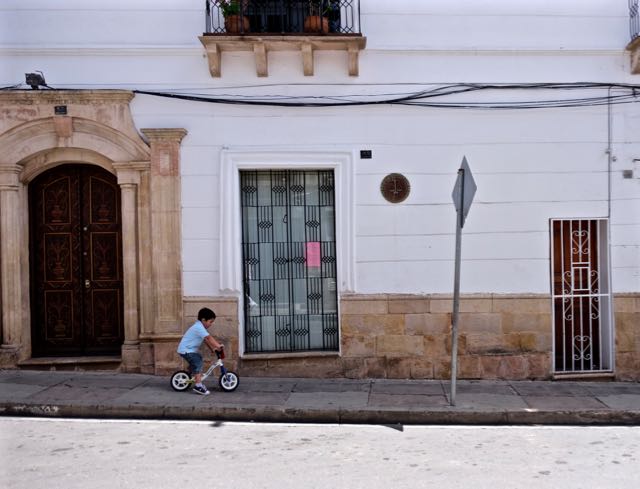 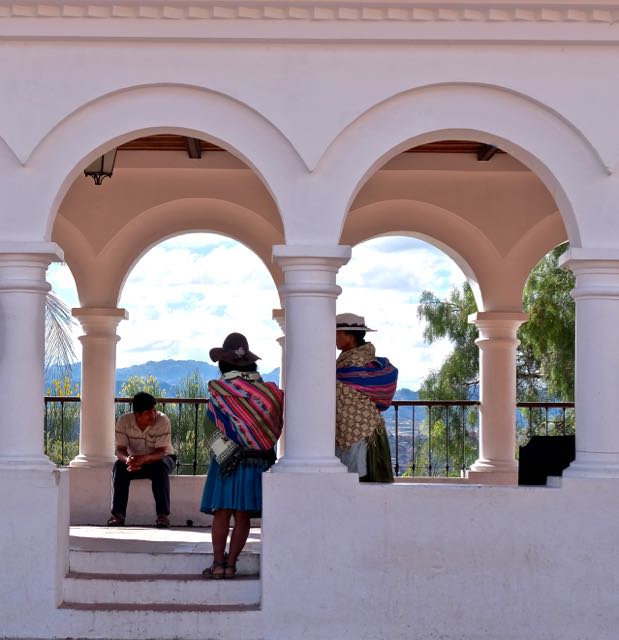 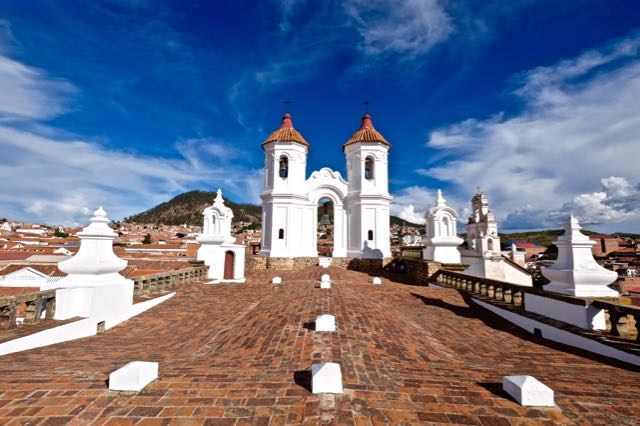 We were told that Sucre was dinosaur territory in the past, so we made a short visit to the Dinosaur Park at Cal Orcko.  The limestone wall at Cal Orcko preserved the footprints of about 8 different species of dinosaurs before they disappeared 64 million years ago.

From Sucre, we continue to Potosi about an hour and a half away.  Potosi is one of the highest cities in the world at 4,090 meters.  It is a silver mining town and was the major supplier of silver to Spain during the colonial era making it one of the wealthiest cities in Latin America.  The Spaniards never found El Dorado which is a mythical kingdom filled with gold in Colombia, but they did find and exploited the Cerro Rico mountains of Potosi for its silver ore.  Potosi locals like to claim that the mint mark of Potosi silver mines which is the letters PTSI superimposed on each other is the origin of the dollar sign.  However, the city slowly declined as the silver mines dried up.  Potosi was made a UNESCO site in 1987.

Many tourists visit one of the mines still in operation here in Potosi.  We decided we didn’t want to stomach the terrible working conditions and walk and crawl through seemingly dangerous passageways where ceilings could cave-in.  The dust inside the mines are supposed to contain silicon from the walls and the ceilings are said to contain arsenic and cyanide.  Scary stuff and sad too, especially to think that around 10,000 people still work in the mines and many of them die in their forties from silicosis.  We stayed at the Hacienda Museo Cayara about 30 minutes outside of Potosi at a lower elevationn (3,550 meters).  This estate was built in 1557 and is filled with curios from a bygone era and is one of the oldest habitable houses in Bolivia.  And truth be told, coming from Titilaka in Peru, all the accommodations in Bolivia are a steep downgrade, and this one night at the Hacienda, I slept fully-clothed with a makeshift headscarf like a babushka lady….

Next post will be on the Uyuni Salt Flat, the highlight of this trip. Stayed tuned!