From Ulaanbaatar, it is about an hour and a half flight or 7-8 hours driving south to Gobi Desert.   Gobi is Asia’s largest desert and the fifth largest in the world.  It is not just one massive sand dune, but instead a universe of different landscapes.  The desert is expanding at an alarming rate mainly due to deforestation, over grazing, and changing of weather patterns.  The weather here is usually unpredictable, one can experience sun, rain, snow, sleet, all on the same day.  We were lucky to have good weather during our visit other than having to wear my fleece jacket in bed in the early morning hours before the sun came out.  The internal flights were unavailable during our visit so we had to bear the long drive south.  We stayed at the Three Camel Lodge about an hour away from the city of Dalanzadgad in Umnugobi Province.

Three Camel Lodge is glamping in luxury gers each with its own western style bathrooms in the middle of nowhere.  It was voted one of the best ecolodges in the world.  Gers or yurts  are traditional abodes built of latticed wood, felt, and canvas.  The vast steppes here are what I always pictured Mongolia to be.  The endless empty space is both calm and eery at the same time.  You can drive for hours without seeing anyone else other than a flock of sheep or a herd of camels almost always without any herders in sight.  Coming from a busy city it takes getting used to especially at night when it is pitch black and you hear the wind howling against your ger and animal sounds outside. 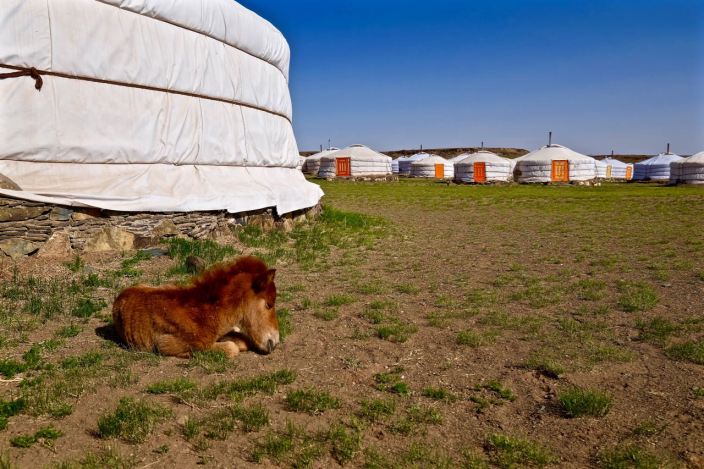 There are only a few areas with sand dunes in Mongolia’s Gobi Desert.  The most famous and magnificent being Khongoryn Els.  The sand dunes there are 80 km long and 5 km wide and in places you can climb up to 200 m high.  When the wind blows, the dunes generate a sound similar to that of airplanes.  Unfortunately, it is a good 3 hours drive from our lodge so we opted for the closer and smaller Moltsog Els Sand Dunes which is less than an hour away.  Soon after our arrival at the sand dunes, the camel herder brought two bactrian or two-humped camels for us to ride.  The bactrian camel is native to the steppes of Central Asia namely Mongolia.  It is far rarer than the single humped camels in the Middle East.  The wild form of the bactrian camel is critically endangered.  They were used to carry goods along the silk road mainly because they are extremely resilient to large variations in temperature and the lack of water. 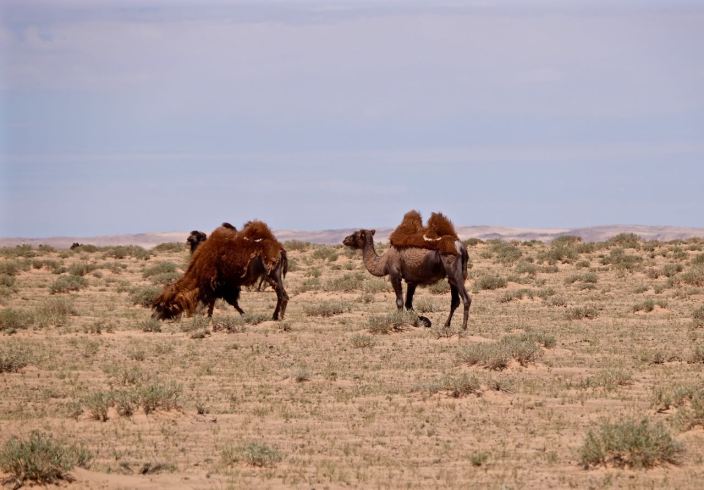 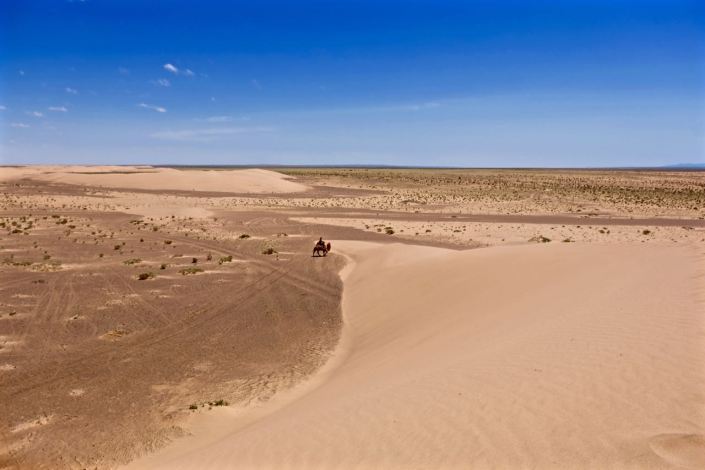 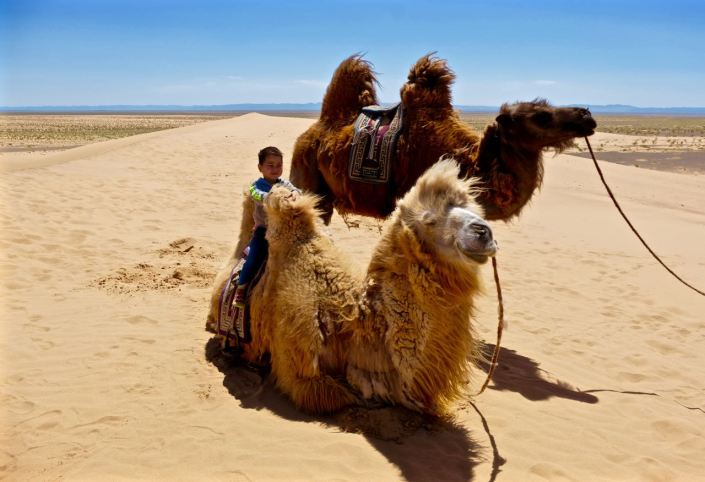 After riding around on the camels and our minor accident of being stuck in the sand for a while, we continued to the Flaming Cliffs.  Flaming Cliffs was given its name by American paleontologist Roy Chapman Andrews in the 1920s because of the color of the red sandstone here.  It is a region in the Gobi Desert filled with important fossils and the first discovery of dinosaur eggs.  The entire area was once an inland sea some 80 million years ago until mass extinction occurred and preserved all the dinosaur remains. 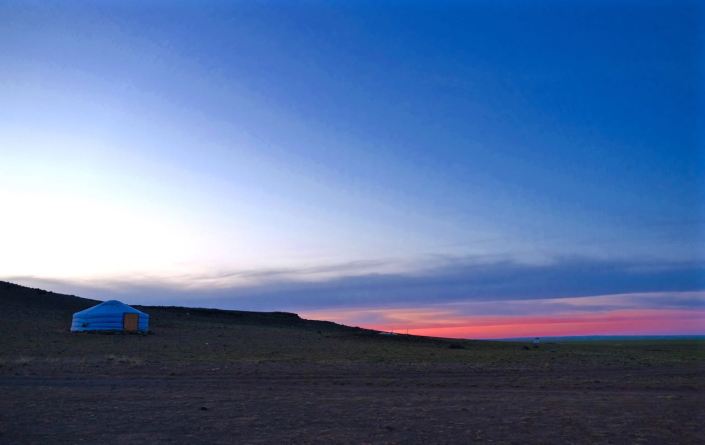 Our last stop before heading back to Ulaanbaatar was to Yol Valley National Park.  The park is at the foothills of the Altai Mountains and is named after the Lammergeier (a vulture) which is called Yol in Mongolian.  Yol Valley is known for its ice formations that sometimes remain until July.  These ice fields, formed from the rivers and streams, can reach several meters thick and several kilometers long.  We followed the ice for a bit thru the valley. 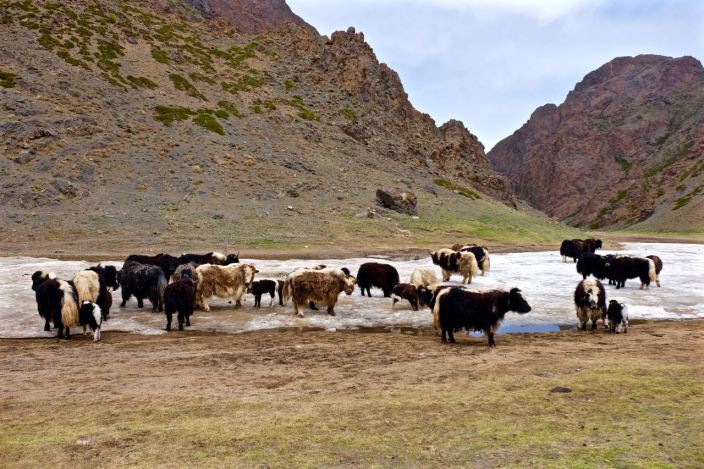 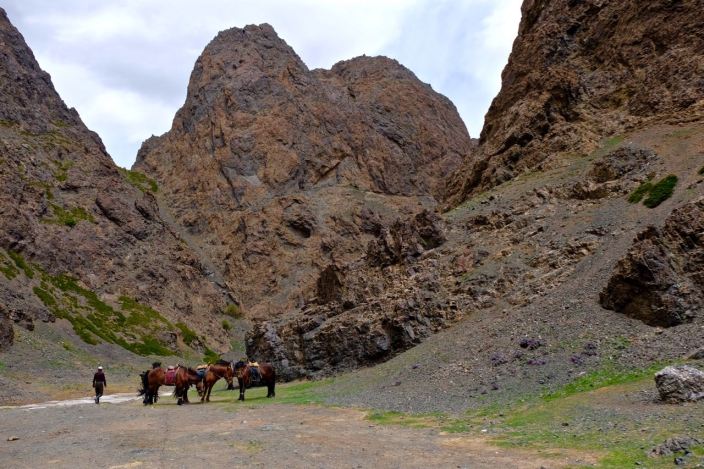 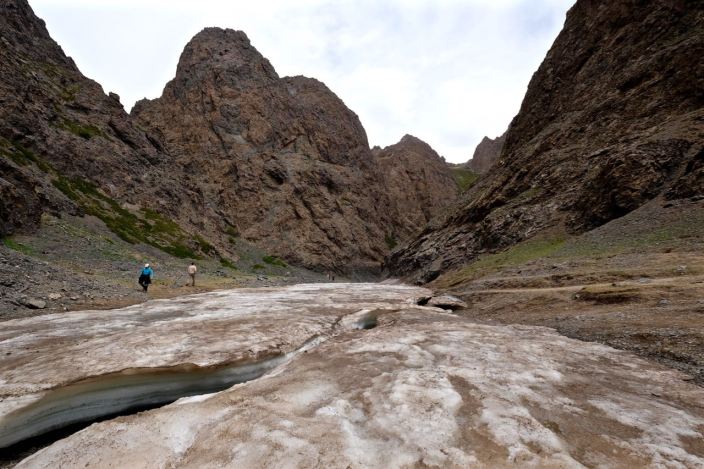 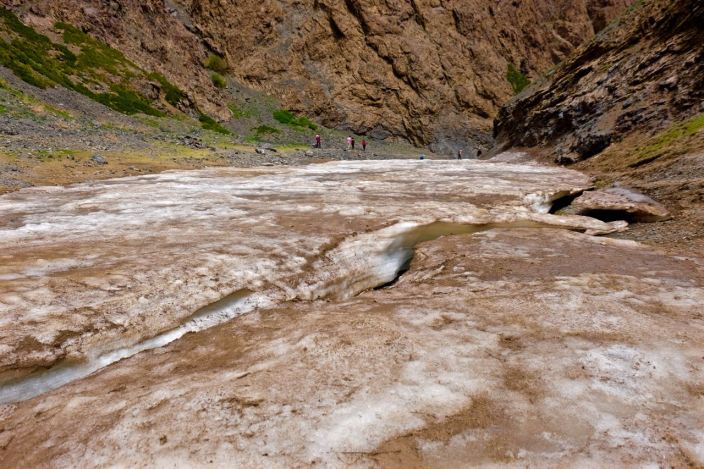 Had a wonderful time in Mongolia!  Thanks to my Mongolian friends Bat, Amga & Tsengel! Stayed tuned for my next adventure!