From Dublin, we flew into Kerry Airport and rented a car for our drive to Portmagee in order to visit the Skellig Islands.  En route, we stopped in Kenmare for some late lunch.  Kenmare is a small town in the south of County Kerry and is along the famed Ring of Kerry.  The Ring of Kerry follows the coastline of the Iveragh peninsula and is one of the most scenic drives in Ireland.  Along the route are small villages, abandoned castles, stone forts, and beaches.

From Kenmare, we drove to Castlecove to visit the Staigue Fort.  The fort is believed to be built during the late Iron Age (between 300-400 AD) as a defensive stronghold.  This whole structure was built without mortar and the walls are up to 4 meters thick and 5.5 meters high.  There are ten flights of steps built in a X shape along the internal wall leading up to the top of the rampart.  It is said to be one of the largest and finest ring forts in Ireland. 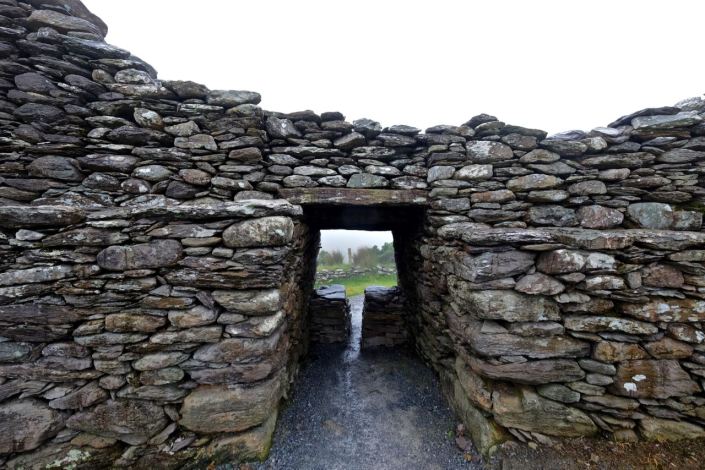 From Castlecove, we continued to Portmagee town and checked into The Moorings Guesthouse for the night so that we were right across the port for our boat ride out to Skellig Michael the next morning.  Unfortunately, there was a storm and the swell made the island inaccessible for the next two days.  The sea crossing can be quite rough and oftentimes the island becomes inaccessible for days at a time due to the bad weather.  Fortunately, we were able to return a few days later to join Casey’s Boat Trip for our visit to Skellig Michael.

The Skellig Islands are two small rocky windswept islands off the coast of Iveragh Peninsula in County Kerry.  The larger island is Skellig Michael or Great Skellig where there is a 6th century Christian monastery perched on a ledge close to the top of one of the two peaks on the island.  Monks isolated themselves on this island and sought communion with God.  The remains of the monastery, the beehive cells, and most of the island became an UNESCO World Heritage Site in 1996.  We hiked up these thousand year old stone stairs to the top where the remains of the monastery lie.  The island is also home to the Atantic puffins with their black and white feathers and colorful beaks.  You may recognize this island from the closing shot of Star Wars: The Force Awakens where Rey found Luke Skywalker.  The smaller island is Little Skellig and has the world’s 2nd largest Northern Gannet colony.  However, this island is off limits to visitors. 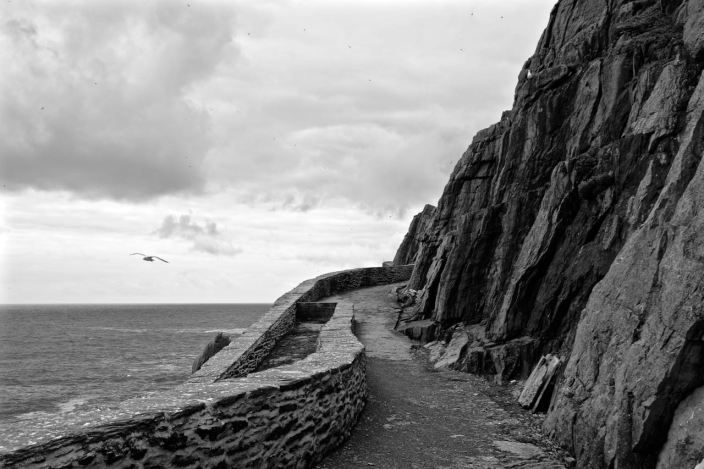 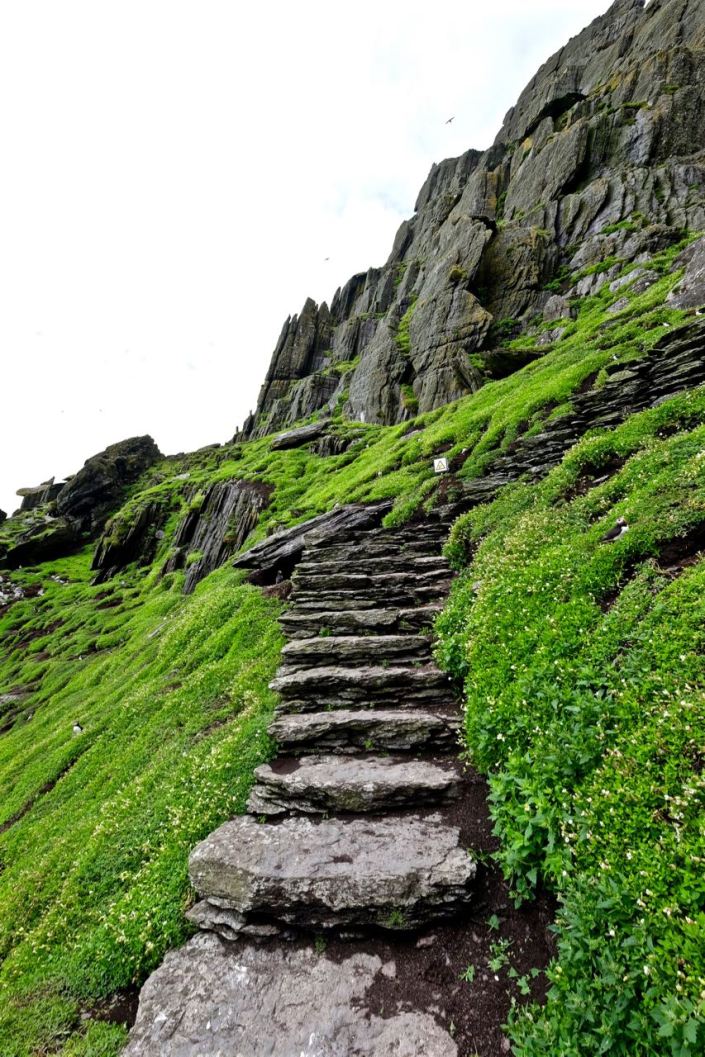 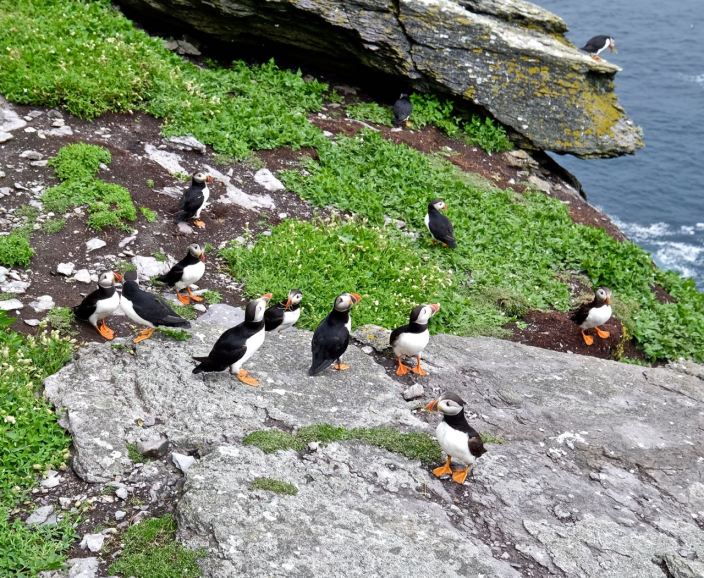 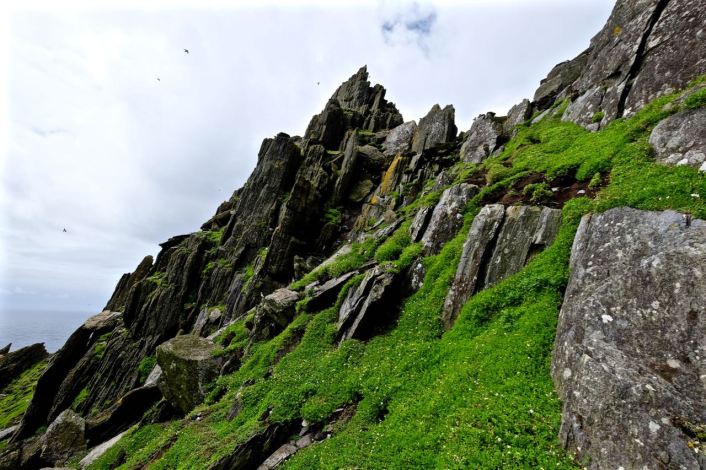 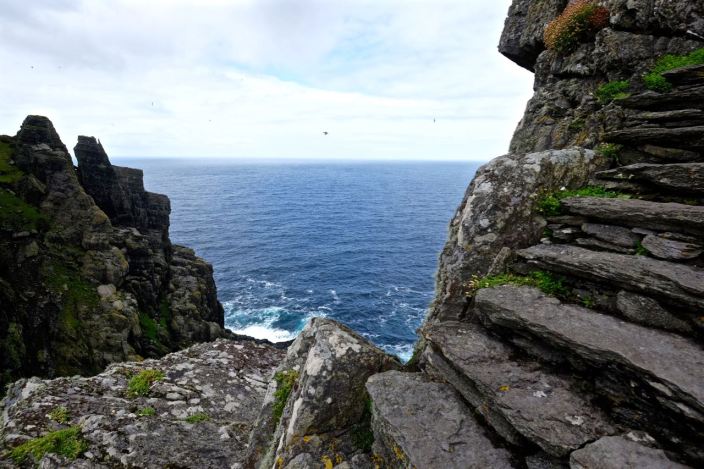 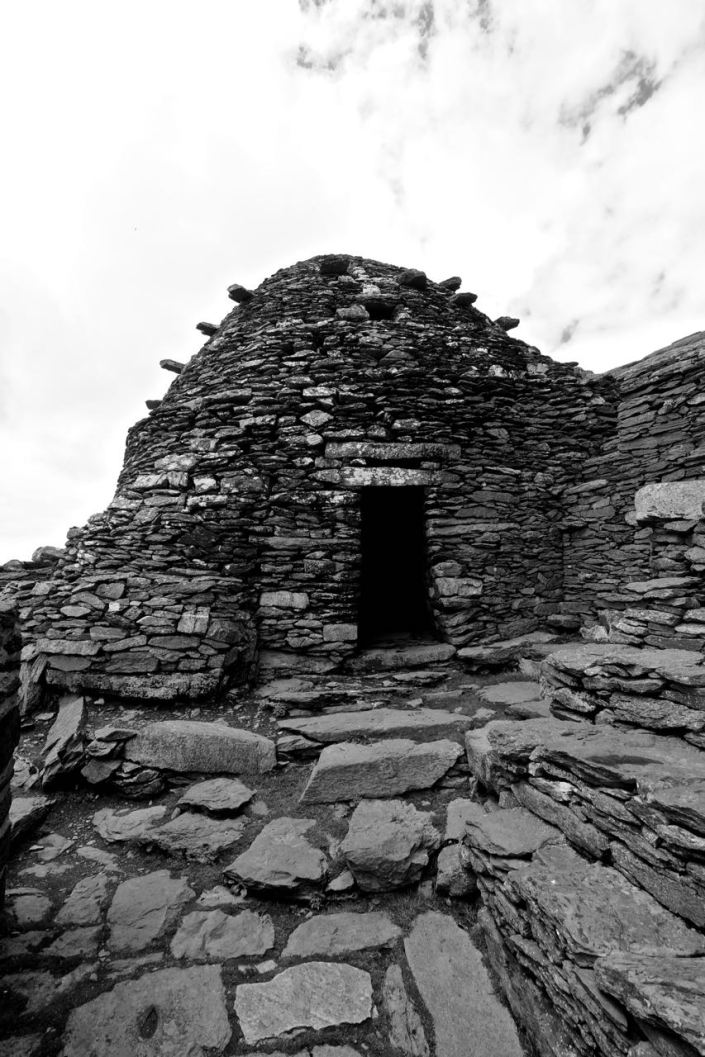 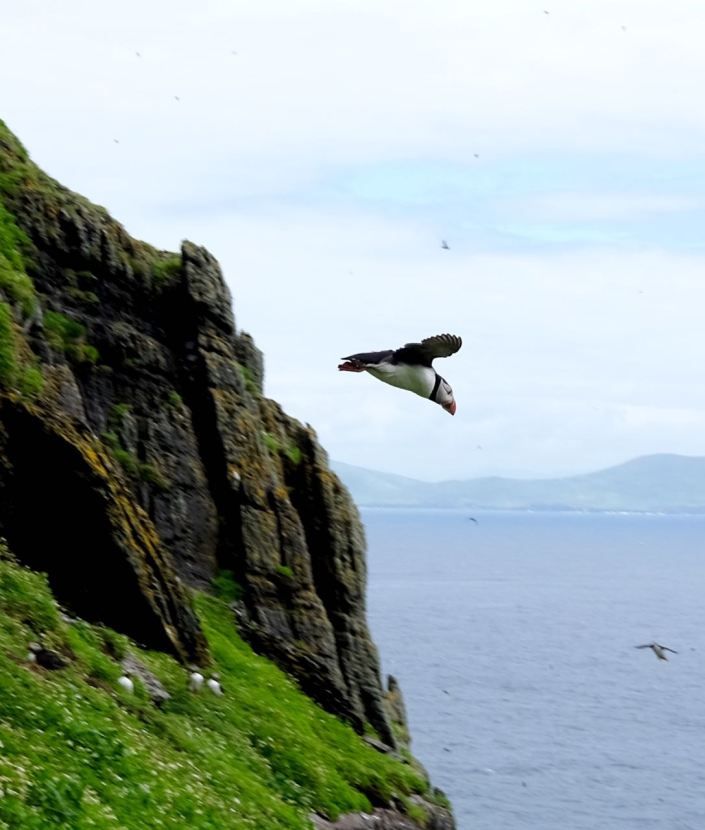 From Portmagee, our Ring of Kerry drive led us to Ballycarbery Castle near Caherciveen about half an hour away.  Ireland is famous for its castles.  But castles here serve more for defensive purposes than for symbolic purposes like in the rest of Europe.  There has been no royalty in Ireland for over a thousand years.   Ballycarbery castle was built in the 15th century by the McCarthy Clan and is now covered in ivy.  From a distance, the remains of Ballycarbery Castle looks very romantic, but up close, you will see that there has no preservation whatsoever and has been sadly left to its own devices. 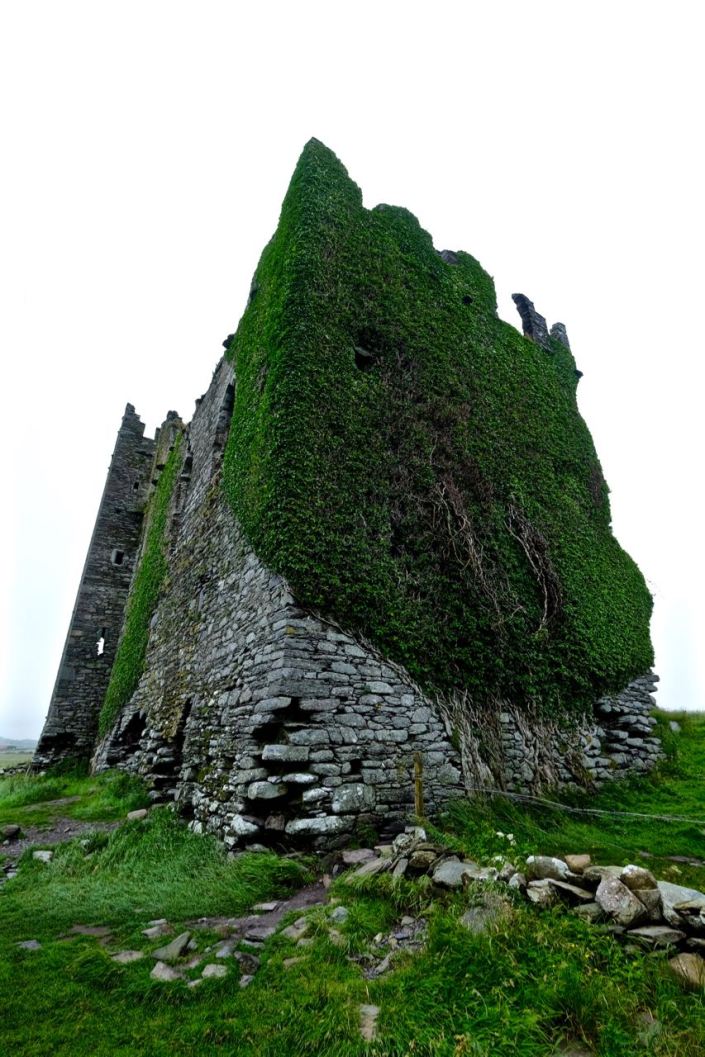 From Ballycarbery Castle, we continue along the Ring of Kerry all the way to Killarney.  Stay tuned!