Quebec City is the capital of the province of Quebec in Canada.  It is a little piece of Continental Europe being the oldest European settlement in North America.  Its 400-year-old Old Town became a UNESCO World Heritage Site in 1985.  Some of the attractions here are the Citadel, Chateau Frontenac (now a Fairmont hotel), and the cobblestone historic streets and period architecture of Quartier Petit Champlain and Place Royale.  We stayed at the beautiful Auberge Saint-Antoine in the historic part of town.

The Old Town of Quebec City is made up of the Old Upper Town up on the Cap Diamant Cliffs, and the Old Lower Town at the bottom.  The Upper Town was founded as the site for the Fort Saint-Louis in 1608.  This is where you will find the Citadel of Quebec which is the only fortified city in North America with cannons, gates, and fortresses.  Also found here is the picturesque Chateau Frontenac with great views of the St. Lawrence River.  While the Upper Town is mostly inhabited by government officials and clergymen, the Lower Town is where the merchants and artisans used to live.  The Lower Town is where Samuel de Champlain built the first French foothold with Place Royale as its centre.

For a great view of Quebec from the St. Lawrence River, the ferry ride to Levis and back is unbeatable.  The roundtrip will take you about an hour and the ferry terminal is very close to the funicular linking the Upper and Lower Old Town. 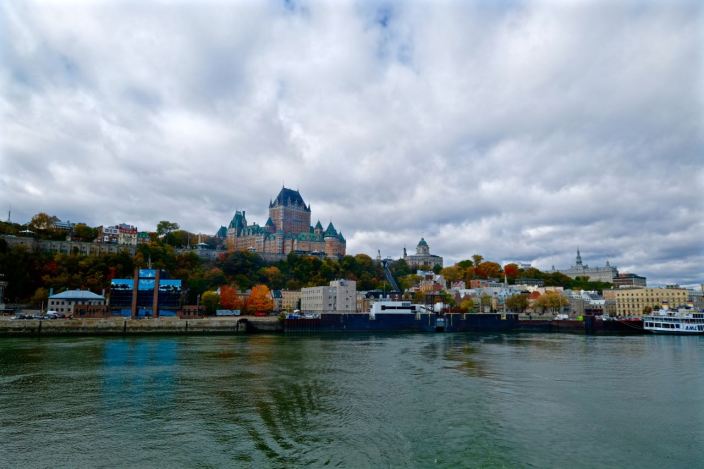 Chateau Frontenac has been more or less the symbol of the city of Quebec.  It was built in 1893 by the Canadian Pacific Railway as a luxury hotel.  A bit of trivia here: this is where Alfred Hitchcock chose for the opening scene of his mystery “I Confess”.  Wrapped around the Chateau is the boardwalk, Terrasse Dufferin, offering sweeping views of the St Lawrence River.  After a leisurely stroll, one can take the funicular down to the Lower Town.

Another highlight in the Upper Old Town is the Citadel.  It was build in anticipation of an American invasion that never happened.  The architecture here is that of an uneven star shape with 4 bastions and 24 buildings within its walls. 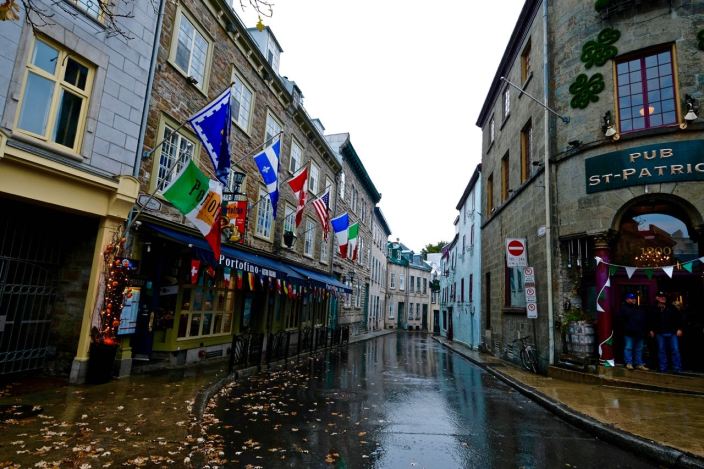 From Quebec City, we continue to Montreal.  Stay tuned!