Kanchipuram or Kanchi, also popularly known as the City of 1000 Temples, is a small town about an hour and half away from Chennai.  It is one of the most important Hindu spiritual centers in India and used to be the capital of the Pallava Kingdom from the 4th to 10th century.  Kanchi is one of the seven Tirtha sites for spiritual release.  Tirtha means crossing place in Sanskrit and particularly refers to pilgrimage sites and holy places in Hinduism and Jainism.  Like the better known Varanasi, thousands of pilgrims come here everyday to seek eternal salvation.  Kanchi is also known as the Silk City because of its skilled weavers and their exquisite silk sarees.

Varadaraja Perumal Temple, together with Kamakshi Amman Temple and Ekambareswarar Temple, are known as Mumurtivasam or abode of trio.  Varadaraja Temple is one of the Divya Desams, the 108 temples of Vishnu believed to have been visited by the 12 poet saints.  This temple is one of the most sacred places for Vaishnavites (followers of Vishnu) and was originally built by the Cholas in 1053.  The temple sits on 93,000m sq-meters of land and displays the ancient Vishwakarma style of temple architecture. 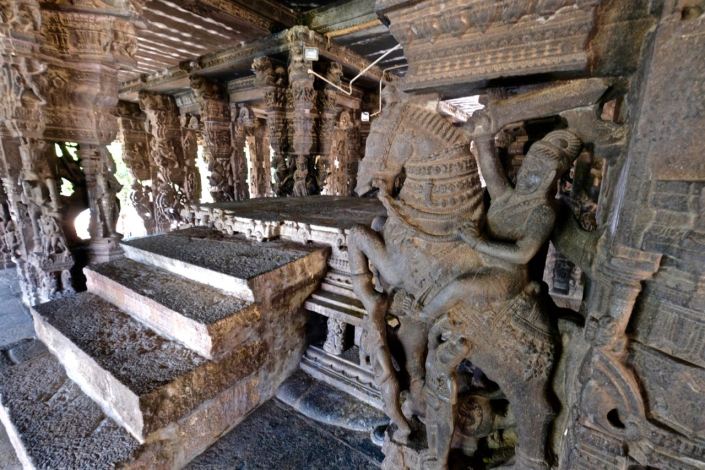 Kamakshi Amman Temple is a 14th century temple dedicated to Kamakshi, one of the forms of the goddess Parvati and it is the only Parvati temple in the city of Kanchipuram.  Parvati is the Hindu goddess of fertility, love and devotion, and divine strength and power.  She is the wife of Lord Shiva, the creator, protector, and destroyer of the universe.  Pavarti is believed by Hindus to be the recreative power of Shiva and she is able to provide spiritual release for all beings.  Unfortunately, on the day of our visit, the temple was closed for some renovation works, so we only got a glimpse from the outside.

We moved on to Kailasanathar Temple which is the oldest temple in Kanchi, as well as the first structural temple in South India, built between 685-705 AD.  Prior temples, were built out of wood or rock-cut from stone as seen in Mamallapuram.  The Kailasanathar Temple is dedicated to Lord Shiva and has 58 small shrines along the circumambulatory passage with different forms of Shiva.  In Hinduism, cirumambulation is where worshippers enter a narrow passage which is indicative of passage through life.  After circling around the deities in the inner sanctum, the exit is also through another narrow passage symbolic of death.  It is believed that making the circumambulation is equivalent to the blessings received from visiting paradise. 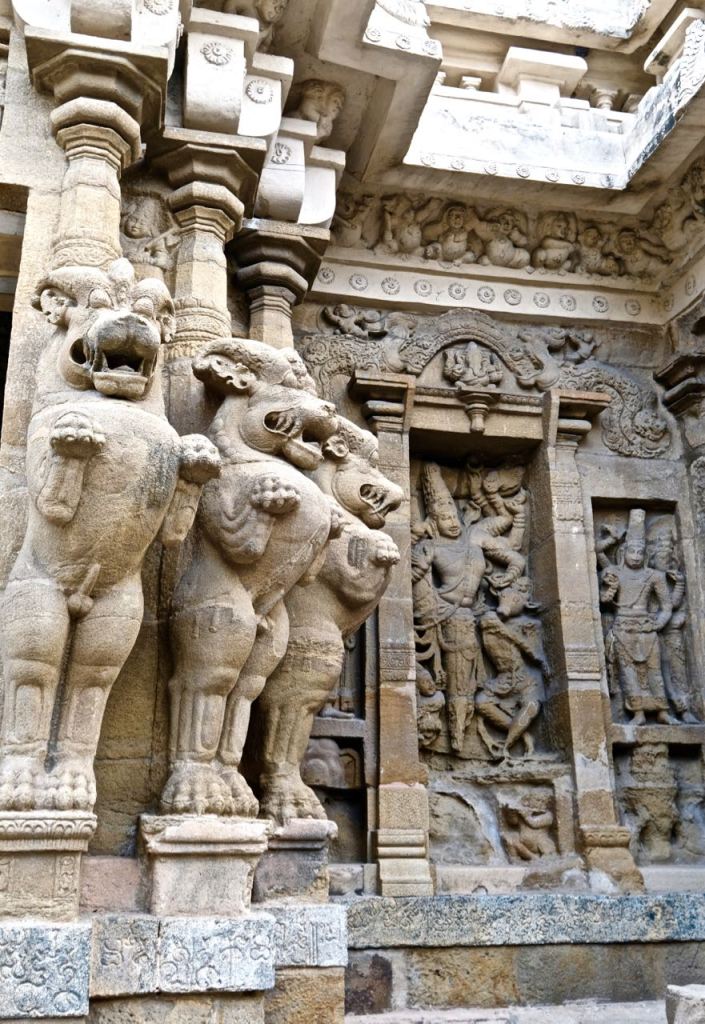 Our last stop in Kanchipuram is at the Ekambeshwarar Temple.  This is the largest and most impressive temple in Kanchipuram dating back to the Pallava dynasty.  This Shiva temple sits on 25 acres of land and its tallest gopuram or monumental tower is 11 stories high.  It has a 1000 pillared hall and a mango tree said to be 3,500 years old in the inner sanctum.  Legend has it that Parvati did penance under a mango tree by worshipping a Shiva Lingam made out of sand.  The river overflowed and threatened to wash away the Shiva Lingam which she embraced and protected with her body.  Shiva touched by this gesture materialised and married Parvati. 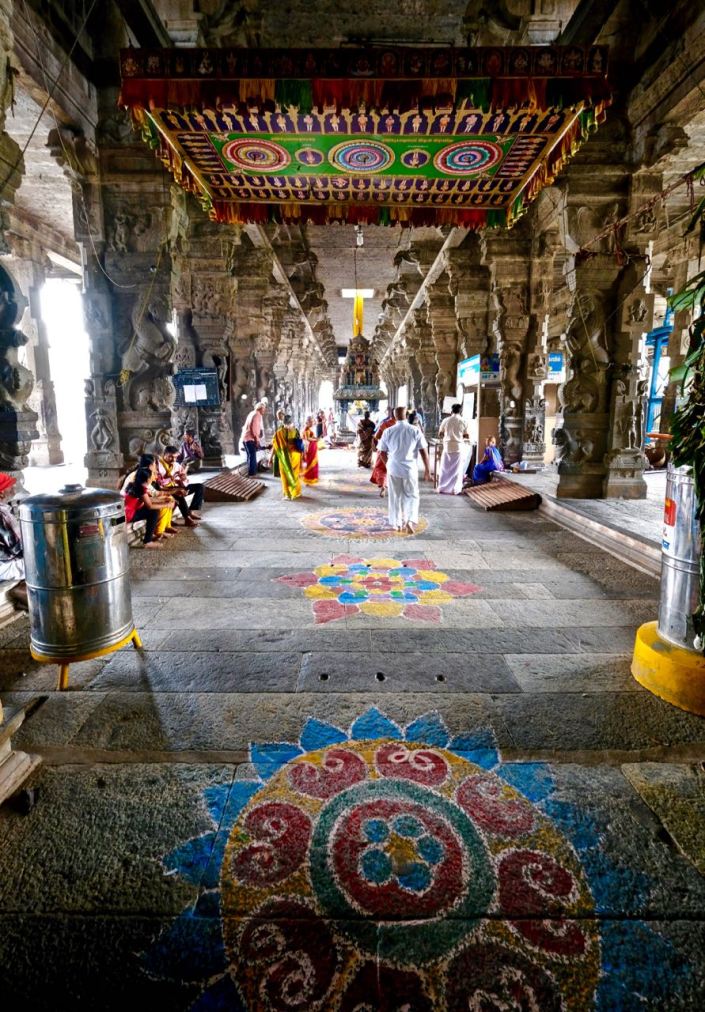 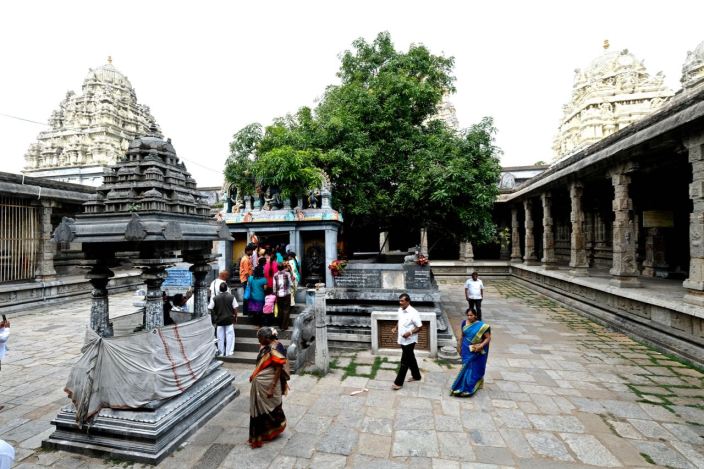 This concludes our few days in and around the Chennai area.  We continue our temple visits to the Great Living Chola Temples further south near Tiruchirappalli.  Stay tuned!