From Tiruchirappalli, we drove about two and half hours southwest to Madurai.  Madurai is the cultural capital of Tamil Nadu state in South India.  It is one of the oldest continuously inhabited cities in the world, at least since 3rd century BC.  We stayed at the Gateway Hotel Pasumalai run by Taj Hotels up on a hill overlooking the city.

The city of Madurai is built around the Meenakshi Amman Temple. The temple, as its name suggests, is dedicated to the triple-breasted warrior goddess Meenakshi.  Meenakshi is an incarnate of Parvati and legend has it that her superfluous breast would melt away when she met her husband, Lord Shiva. Built in the 17th century, its importance to South India rivals that of the Taj Mahal to the North.  The temple has 14 gopurams or monumental gateway towers from 45 to 50 meters tall.  The temple is very colorful compared to many of the other temples and shrines in Tamil Nadu.  Every evening, an icon of Sundareswara (the divine form of Shiva) would be carried to Meenakshi’s shrine to spend the night in a ritual procession with incense and drums.  Both the main Shiva shrine and the Meenakshi shrine are only open to Hindus.  Non-Hindus can only see the Golden Lotus Tank and the beautiful arch-ceilinged Ashta Shakti Mandapa.  Aayiram Kaal Mandapam is probably the most visited part of Meenakshi Amman Temple.  It contains 985 carved pillars, often called the thousand pillar hall, where each pillar is said to produce a uniquely different musical note.   The notes generated by these pillars are considered to be the origin of all the world’s music.  Shoes and cameras must be left in lockers at the entrance of the temple, however we were allowed to take photographs with our mobile phones.  Strange rule but at least I got some shots inside the temple. 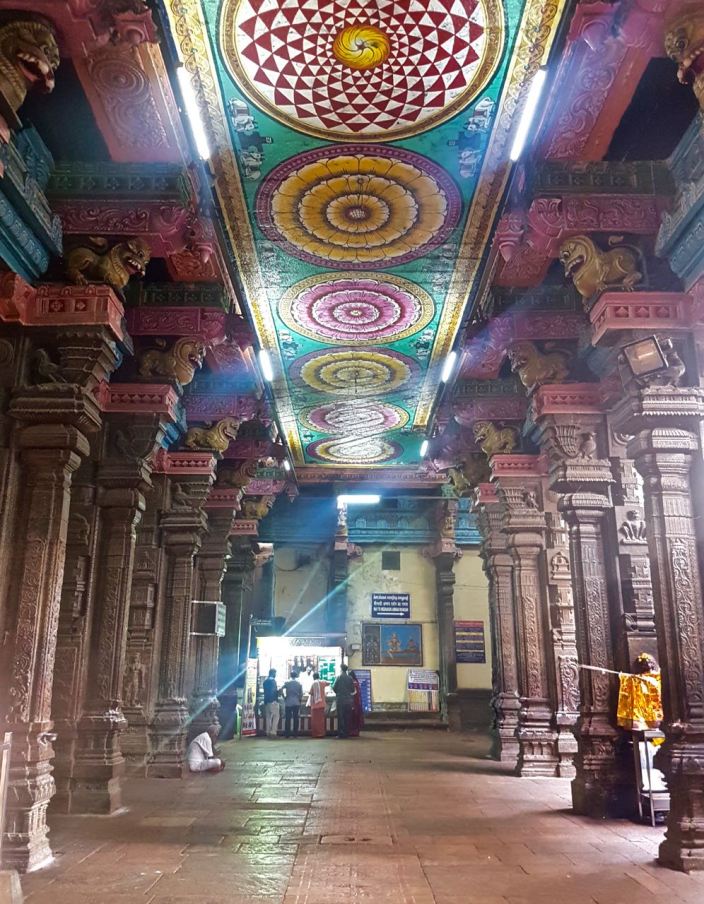 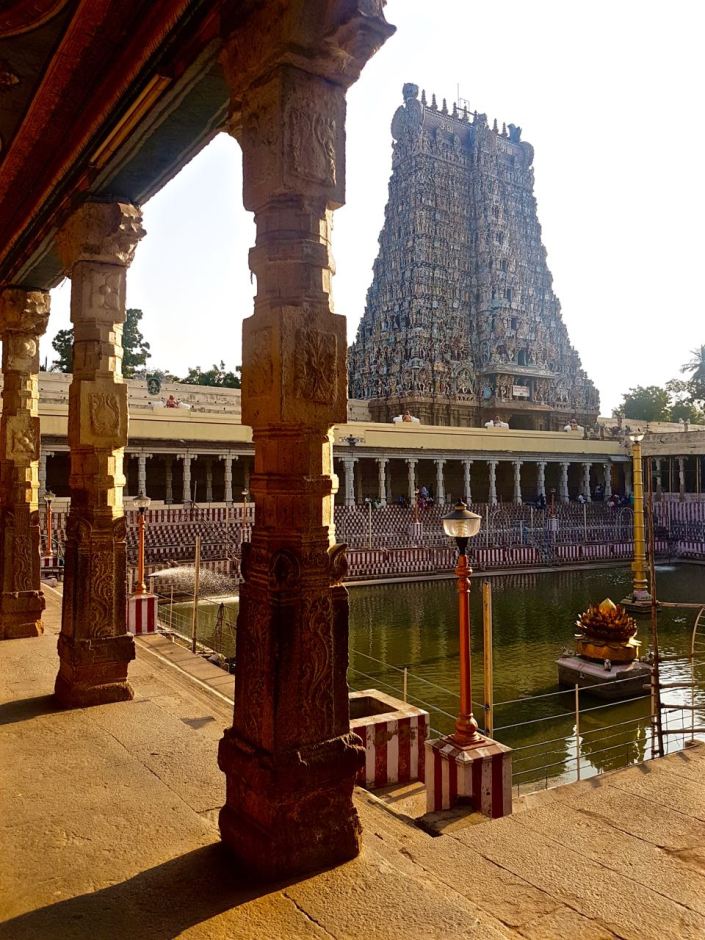 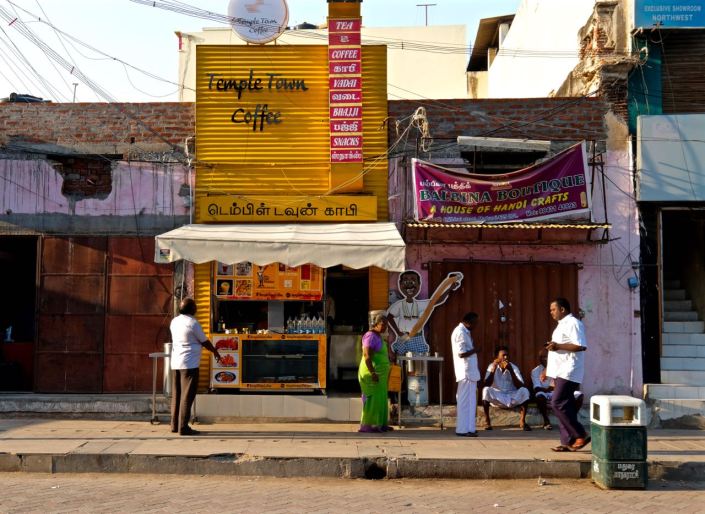 Another place of interest in Madurai is the Tirumalai Nayak Palace which was constructed by King Tirumalai Nayak in Madurai in 1636 AD.  What we see today is only the main palace where the king lived, the entire complex used to be four times larger.  The architecture of the palace is a blend of Dravidian and Rajput styles and is famous for its giant circular pillars that surrounds the main courtyard.  There are two main parts here: Swargavilasa and Rangavilasa where the royal residence, theatre, dance hall, shrine, and harem quarters are located.  There is an evening sound and light show telling the story of King Tirumalai Nayak and if you arrive a little early, you can take some good photos with the remaining daylight but without hoards of people. 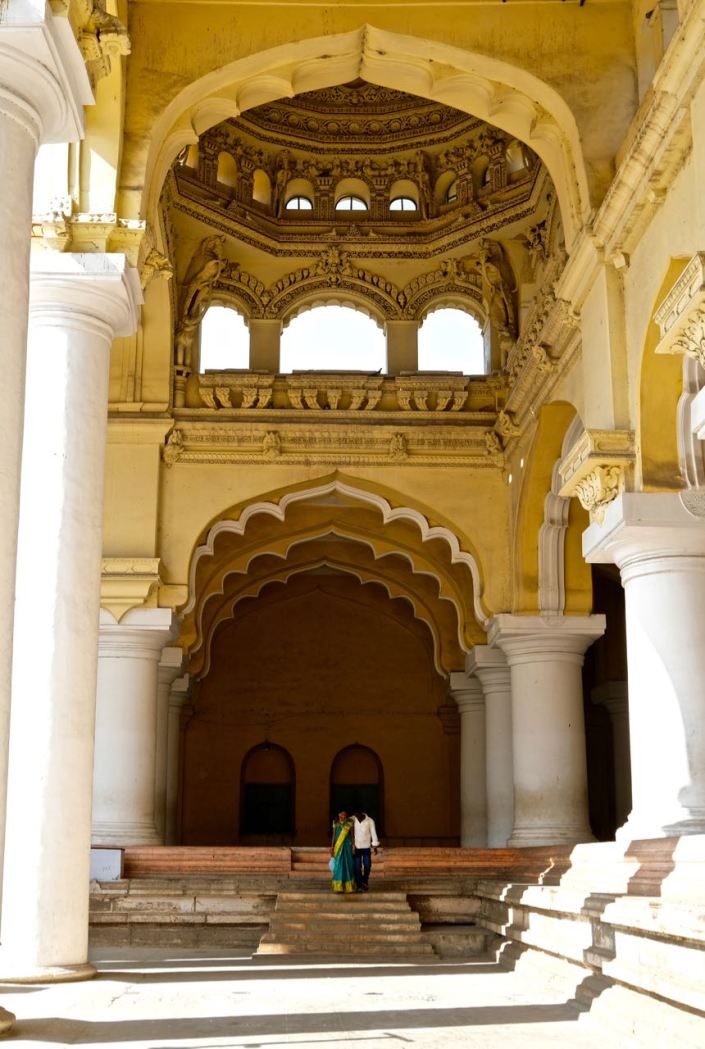 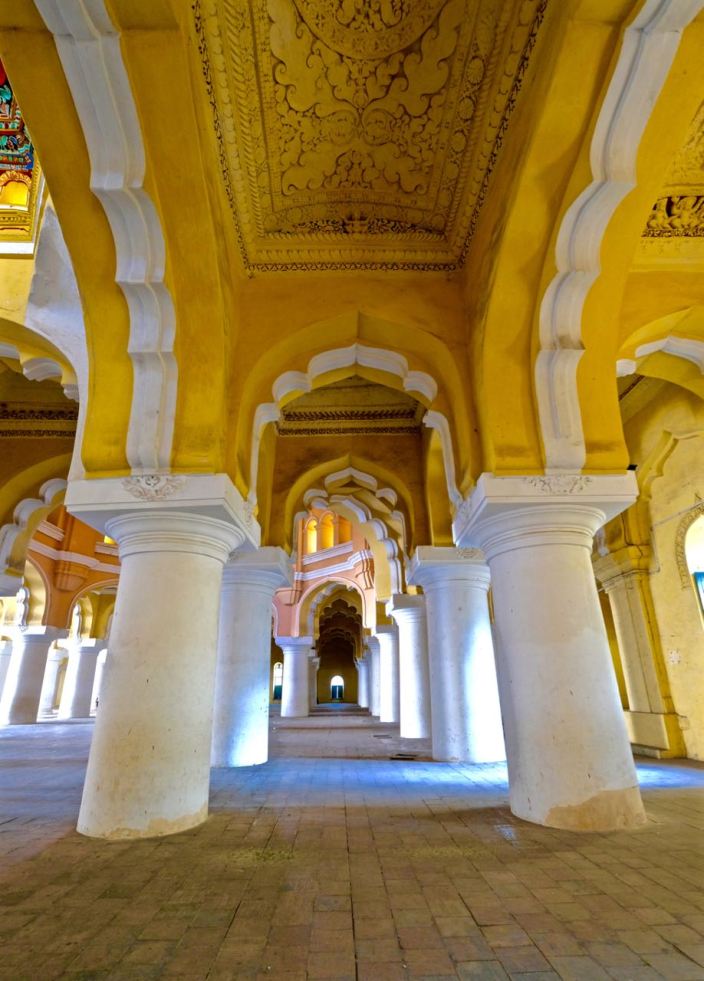 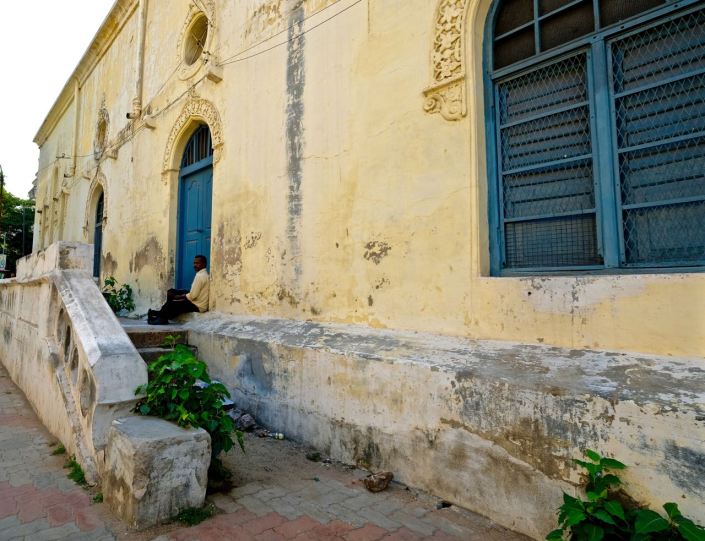 From Madurai, we move on to the rolling tea plantations of Munnar.  Stay tuned!