Leaving behind the old world charm of Cuba, we arrived in Playa del Carmen, Mexico for some ancient ruins, good food, sun and sea.  We stayed at the Thompson Hotel Playa del Carmen for our visit.  The first day after our arrival, we headed to Tulum about a 40-minute drive away.  Tulum was one of the last cities built and inhabited by the Maya.  It is built on 12 meter tall cliffs along the east coast of the Yucatan Peninsula and served as a major port for Coba.  It is probably the most picturesque Maya ruin overlooking the ocean in the Riviera Maya.  We enjoyed a day of exploring the Tulum ruins, swimming in a nearby cenote, and just chilling on a beautiful beach at Soliman Bay.

Each Maya city had a specific purpose and Tulum was a trading post and seaport.  Tulum is one of the few Maya cities protected by a wall.  It is a comparatively small site with an estimated of no more than 1,600 inhabitants at any one time which meant it served more as a ceremonial center than a population one.  The site remained occupied until it was abandoned due to disease brought by the Spanish conquistadors shortly before the end of the 16th century. 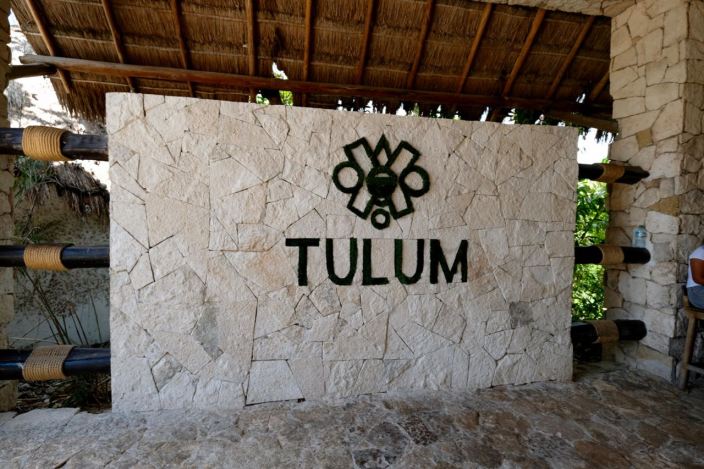 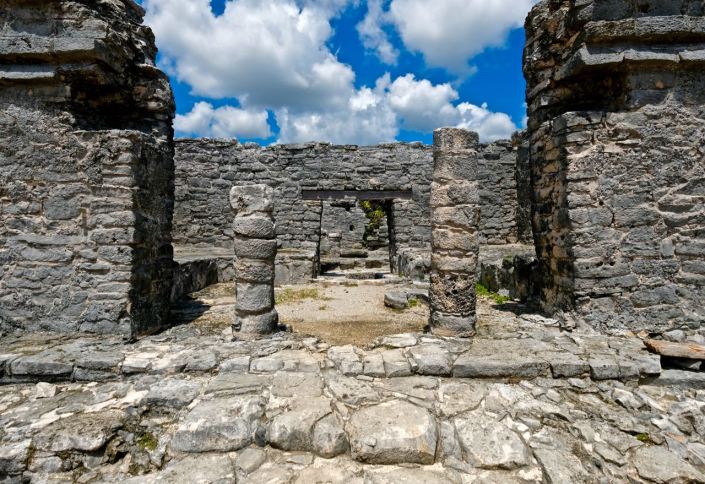 The three major structures of interest here are El Castillo, The Temple of the Frescoes, and the Temple of the Descending God.  El Castillo in the center of the Tulum site was built on a previous structure and stands at 7.5 meters tall.  Serpent motifs can be seen on the lintels of the upper chambers.  The Temple of the Frescoes was used as an observatory with Venus carvings decorating the facade.  It is one of the better preserved structures here where you can see a painted mural depicting the three levels of the Mayan world: the dead, the living, and the highest level reserved for the creator and the rain gods.  And the Temple of the Descending God has a winged god descending carved above the entrance.  The temple is believed to honor this deity known as the Diving God.  The Maya believed that Venus and his brother, the Sun, descended into the underworld where the Sun was killed by the God of Death.  Venus, in the form of a bee, returned with the dead Sun’s head which he turned into corn and seeded mankind.  The Diving God is believed to depict Venus, as a bee, upside down with a bee tail, diving down to Earth to pollinate mankind. 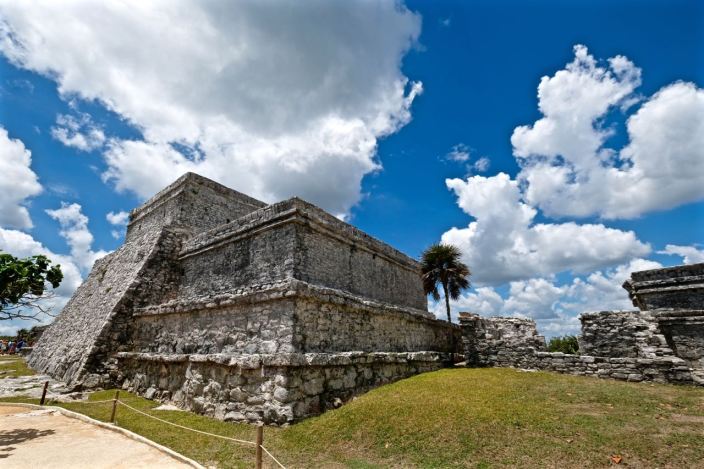 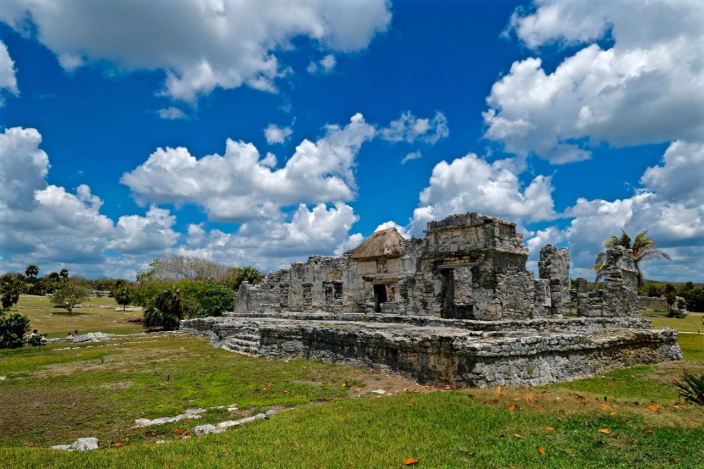 The ruins of Tulum are of a modest scale and not as beautifully designed as other more grandiose projects, however its location facing the turquoise waters and white sand beaches more than makes up for this.  After a sweaty couple hours here, arriving at the Grand Cenote was a welcome and much needed respite from the heat at the ruins.  Cenotes are sinkholes where the porous limestone collapsed to reveal pools of underground water.  To the Maya, these cenotes are the sacred portals to the underworld and also a great source of water during the dry seasons. 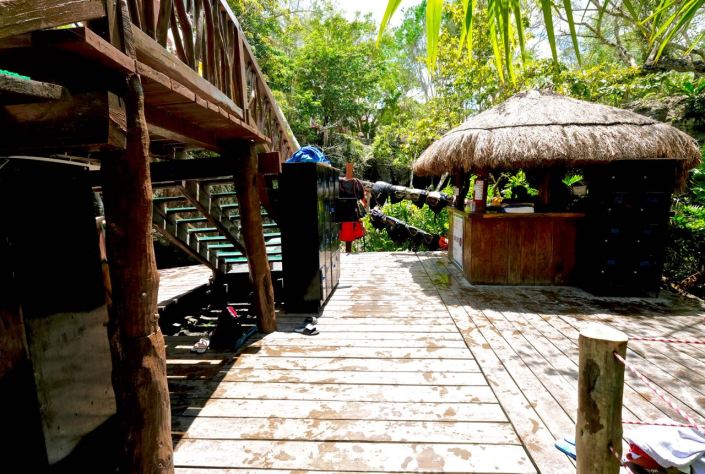 The following day, we returned to Tulum to visit Sian Ka’an which is a biosphere reserve located down the road from Tulum beach.  Sian Ka’an, in Maya means “Origin of the Sky”, is an area that includes lagoons, wetlands, sandy beaches, mangroves, and coral reefs.  It was made a UNESCO site in 1987.  There is an abundance of dolphins, turtles, nesting spoon bills, ospreys, crocodiles, and birds here.  We had the opportunity to snorkel over the reef which I found a bit disappointing in comparison to the reefs of Australia or Palau.  We booked the tour through the Thompson Hotel as we were told it is not possible to visit independently.  Definitely choose the speed boat option because a 2-hour ride in a open truck on bumpy roads would not be fun. 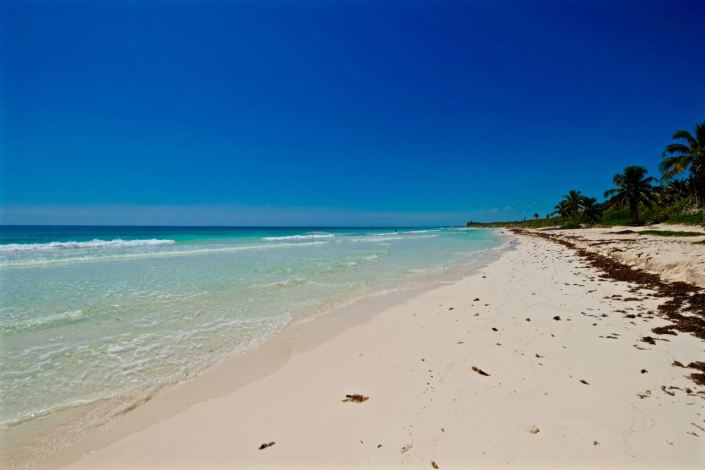 Tulum reminds me a lot of Bali, especially the road along the beach dotted with boutique hotels, cafes, and cool shops.  It has the same vibe of Seminyak in Bali.  I came here before during my college spring break days but didn’t really appreciate it till this trip.  I truly enjoyed the ruins, the cenotes, the shopping, the taco stands, and the white sand beaches here in Tulum.  Will definitely be back!
Next stop Chichen Itza.  Stay tuned!