From Helsinki, we carried on to Reykjavik, the capital of Iceland and the world’s northernmost capital.  It is believed to be the first human settlement in Iceland in 874 and was officially founded in 1786.  Today it has a population of about 120,000 making this young city both cosmopolitan but at the same time a small town.  Reykjavik is the gateway to the volcanoes, waterfalls, mountains, glacier, and ice lagoons of Iceland.  It has almost 24 hours of sunshine in the summers and makes Reykjavik truly a city that never sleeps.  We stayed at the modern Hotel Alda for our weeklong visit.

Hallgrímskirkja Church is almost synonymous with Reykjavik being its most famous landmark and can be seen from almost anywhere in the city.  It is an Evangelical Lutheran church and is named after the Icelandic port and clergyman Hallgrimur Petursson (1614-1674).  Its stepped facade was designed to resemble the mountains and glaciers of Iceland and took 41 years to build from 1945-1986.  Hallgrímskrikja is also an observation tower where you can take the lift to the observation deck at the top and see all of Reykjavik and the surrounding mountains.  There is a statue of the explorer Leif Eriksson, who was the first European to discover America, in front of the church.  It was a gift to commemorate the 1000th anniversary of Iceland’s parliament founded in 930. 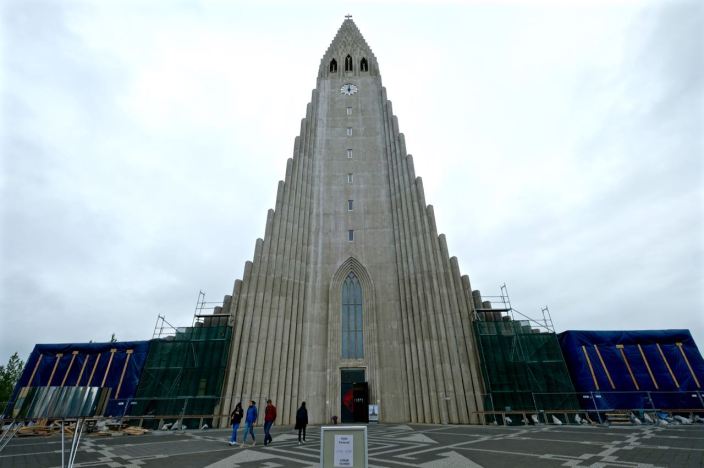 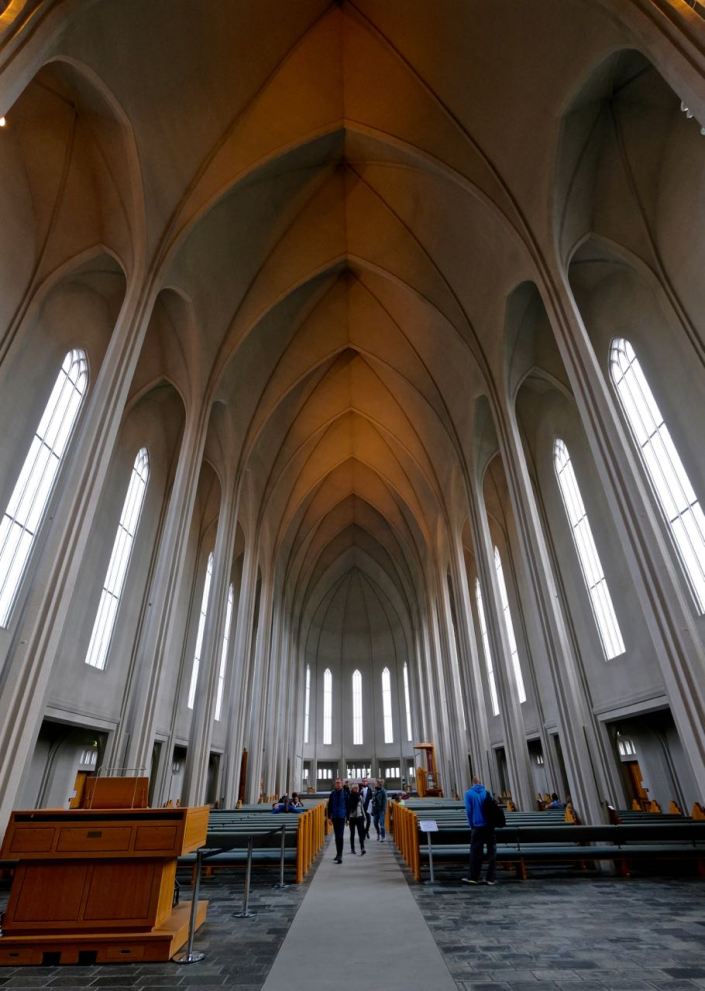 Another point of interest in town is Harpa.  Harpa is a concert hall by the old harbor which opened in 2011.  Its steel and glass facade reminds one of the basalt landscape of Iceland. 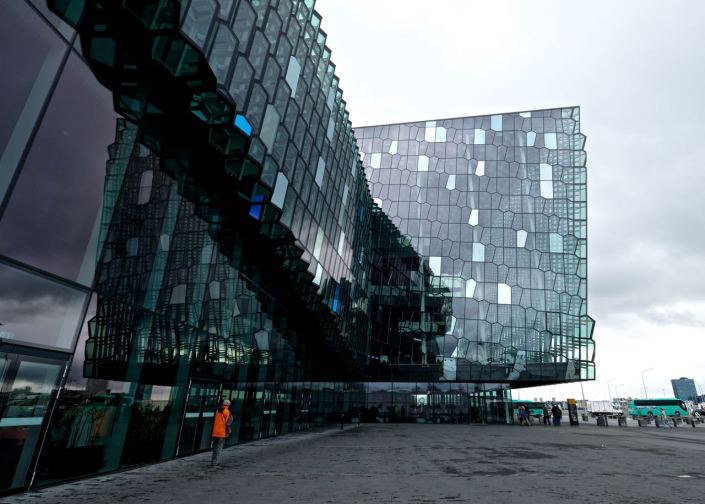 Perlan or The Pearl, the newly built Museum of Icelandic Natural Wonders, is worth a quick visit.  Perlan is built over original hot water tanks not far from the center of town. There is a new exhibition on glaciers (opens in summer 2017) with an accurate replica of an ice cave within.  If you are pressed for time or if you visit Iceland during the summer, you can at least experience the feeling of being inside an ice cave here.  There will also be a planetarium to showcase the Northern Lights opening in 2018.  Head up to the observation deck for great views of Reykjavik and grab a coffee under the glass dome. 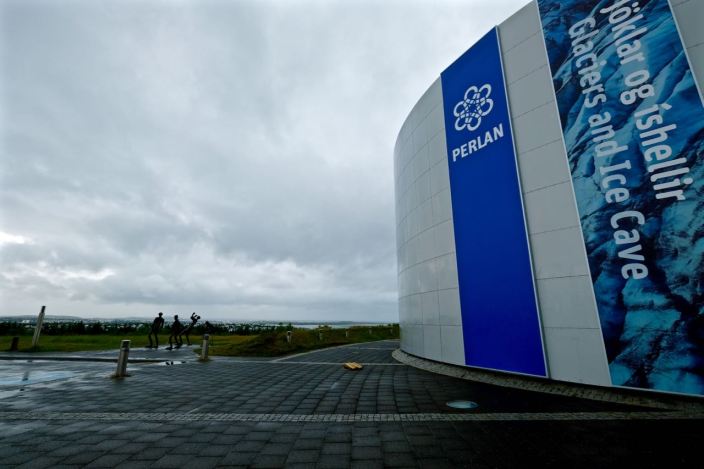 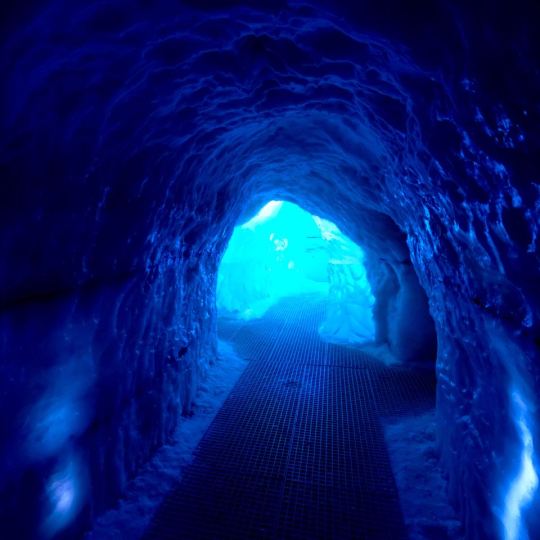 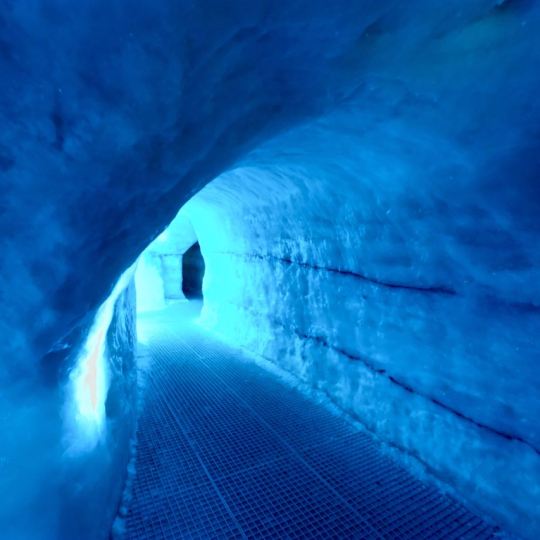 A must do here in Reykjavik is heading out to the Blue Lagoon.  Many people visit Blue Lagoon for the day from Reykjavik or during a transit from the airport.  We wanted to stay by the Blue Lagoon so we checked into the Silica Hotel on our last day in Iceland for a day of geothermal baths and massages.  Blue Lagoon is a geothermal spa located in a lava field about 50 minutes southwest of Reykjavik, not far from the international airport.  The warm waters here are rich in silica and sulfur which helps heal many skin aliments such as psoriasis.  The milky blue color of this man-made lagoon is from the silicate minerals.  The water here cannot be recycled and is renewed every two days by disposing the water in the nearby permeable lava field.  By staying at Silica Hotel about a 10-minute walk away, each guest receives complimentary premium passes into the Blue Lagoon.  They give you a microchip bracelet at the Blue Lagoon and you pay for whatever you have charged when you check out.  You can put on a free silica face mask and float up to the lagoon bar for a drink.  Unfortunately, it does get quite crowded with tourists especially during the summer peak season. However, the hotel also has its own private bathing lagoon which is far more tranquil for a relaxing soak.  Nice to experience both. 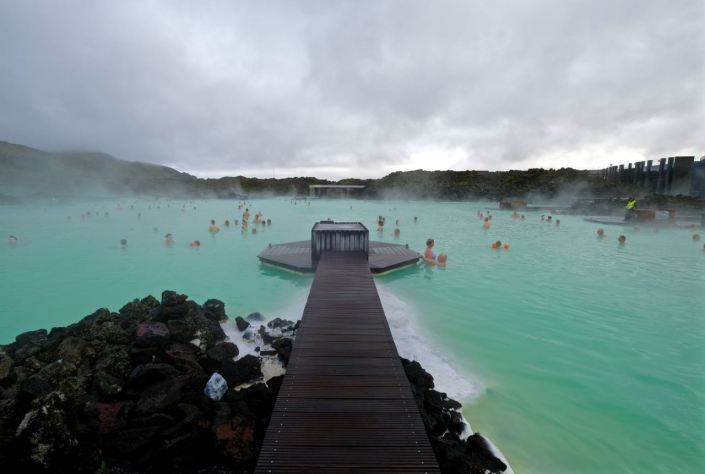 I could stay in the warm milky waters for the whole day if not for my pruning fingers and toes.  After our long soak and relaxing massage, we had dinner at Lava restaurant on the premises before heading back to Silica Hotel for the night.  I highly recommend coming here even if just for a few hours.

Next post will be on my descent into the dormant volcano Thrihnukagigur outside Reykjavik.  Stay tuned!