Thrihnukagigur, literally translates to Three Peaks Crater, is a dormant volcano about 30km southeast of Reykjavik.  The last eruption was in the 2nd century BC about 4,000 years ago.  Ever wondered what the inside of a volcano looks like? This is the only volcano in the world where you can descend 120 meters into the magma chamber via an open cable lift.   The magma chamber and its passageways cover an area equivalent to 3 basketball courts with the height of the Statue of Liberty.  The inside of the chamber is a spectrum of color because of centuries of housing the magma.  It is here in the magma chamber where liquid rock waits to spew out during an eruption.  Usually, after a volcano erupts, the crater is closed up by the cold and hard lava.  Thrihnukagigur is different in that the magma solidified into the walls or simply retreated back to the depths of the earth so that we can go inside today.  This place was discovered by some hikers who then returned together with National Geographic for a more thorough investigation.  The operators today purchased the equipment such as the open cable lift etc from the expedition team and now operate tours for visitors.  We were told that every winter, they pack up all the equipment such as spotlights, barriers, as well as the lift.  They will return after the snowy winter and clean up all the snow inside the volcano before setting everything up all over again.  We were picked up in town and dropped off at the Blue Mountains Country Park where we had to then hike about an hour across a lava field to arrive at the crater.  We were supposed to go in the morning but there was a storm and was extremely windy so our tour got postponed until later in the afternoon.  Even then, it was pouring rain and sometimes the wind was so strong I felt like I would be blown across the lava field like a plastic bag.  After an hour in the rain and wind, we finally arrived at base camp where we got into our safety helmets and harness in order to enter the volcano. 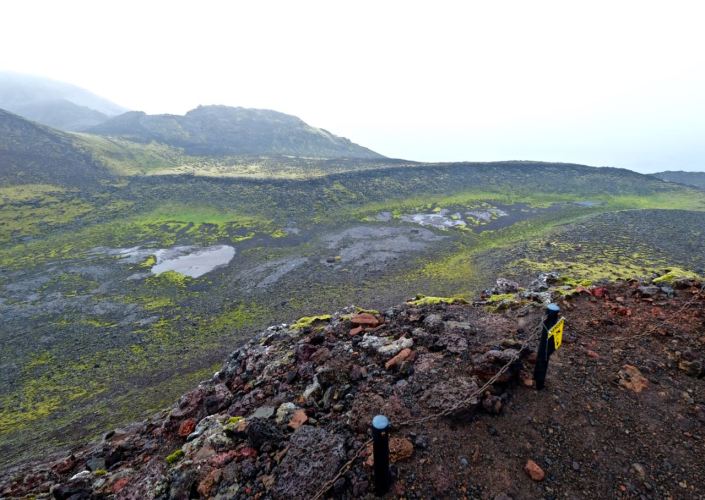 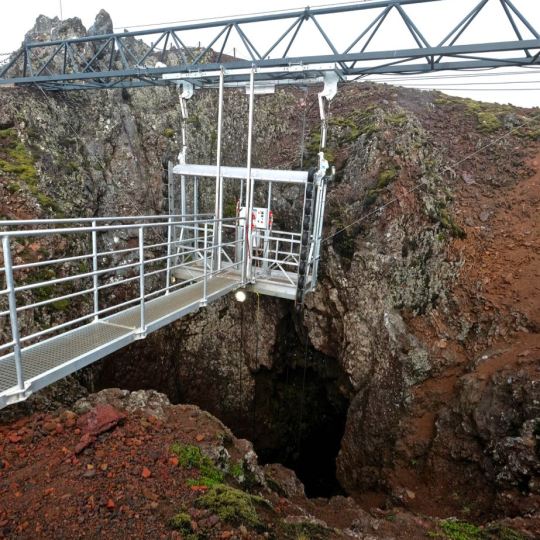 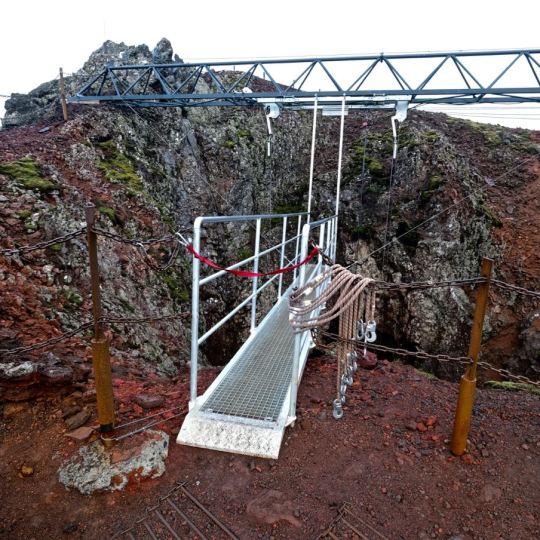 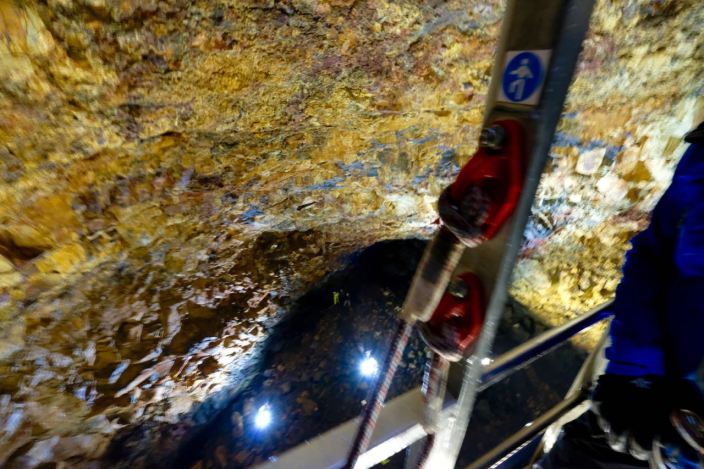 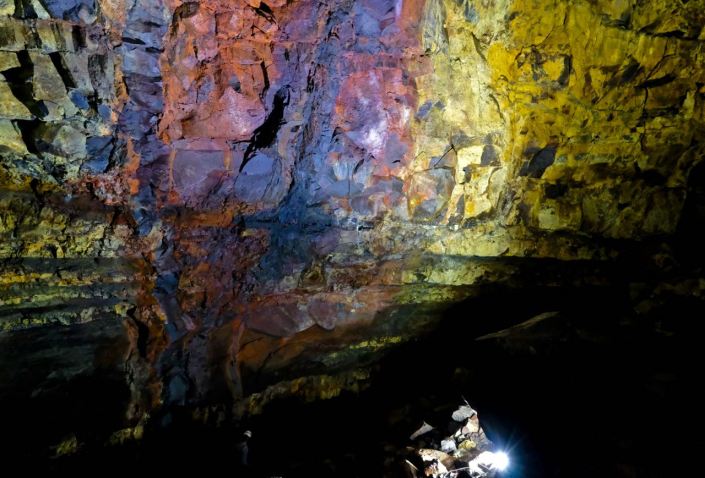 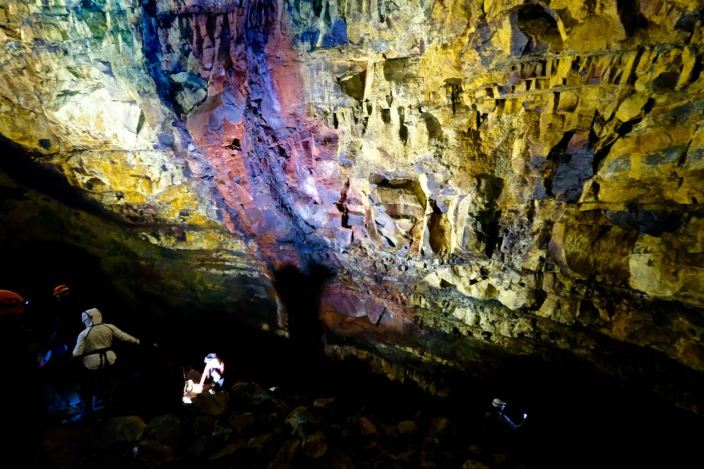 To be inside the chamber of a volcano is both awesome and intimidating.  The colors left by the minerals in the lava are truly mesmerizing.  It was worth the miserable trek in the rain and wind.  What an experience and what a privilege!

Next post will be on the Golden Circle Tour in Iceland.  Stay tuned!

One thought on “Into Thrihnukagigur Volcano July 2017”