Bright and early we leave Khartoum to head towards Karima about 6 hours drive north.  We journey through the flat Western Desert before reaching Wadi Muqaddam for a pitstop break.  A wadi is a valley bounded by relatively steep banks which in the rainy season can become a water course.  Wadi Muqaddam is a dry water course that some geologists believe was a former channel of the White Nile.  Here amongst the acacia trees are traditional chai houses (tea houses) serving as rest stops along the desert highway.

From Wadi Muqaddam, we continue until arriving at the archaeological site of Old Dongola where ruins of a marble columned Coptic temple can be found.  Old Dongola was the capital of Makuria or the Kingdom of Dongola which was a Nubian Kingdom succeeding the Kingdom of Kush after its demise in the 4th century BC.  Makuria converted to Christianity towards the end of the 6th century and became a Christian Kingdom until its decline by the 13th and 14th centuries and subsequently disappeared as Nubia became Islamized.  In Old Dongola was the “Old Church” which was demolished to make way for the “Church of the Granite Columns”.  It was believed to be the largest church built in medieval Nubia and probably served as the city’s main cathedral.  Some of the interior frescoes have been recovered and are now on display in the National Museum in Khartoum.

From Old Dongola, we continue north through the Nubian Desert to arrive at our home for the next few days: the Nubian Rest House.  This 22-room hotel owned by Italian Tourism Company is set at the foot of Jebel Barkal in the middle of the desert.  And the rooms have air conditioning!  What a welcome reprieve from the long drives and the heat with beautiful views of the red sandstone Jebel Barkal.

For both Egyptians and Nubians, the red sandstone Jebel Barkal was sacred and was believed to be the home of their god Amun.  Not only did the Egyptians and Nubians share the life-giving Nile, they also shared history and worshipped the same chief god, Amun, who was patron of the pharaohs and king of all gods.  Jebel Barkal has a flat top and is 98 meters high and often referred to as the “Holy Mountain” and is still considered sacred by the locals today.  Drawn by Nubia’s natural resources such as ebony, ivory and gold, in around 1450 BC Egypt conquered Nubia and made it its colony.  The Egyptians started building temples dedicated to Amun in Nubia with the largest at the foot of the holy mountain Jebel Barkal declaring that to be Amun’s southern home.  The Egyptians used the mutual belief in the god Amun to justify their rule of both Egypt and Nubia with Karnak being Amun’s northern home and Jebel Barkal his southern home.  The rise of the Kingdom of Kush came around the demise of Egypt’s New Kingdom with its capital based in Napata next to Jebel Barkal.  The Kushite King Piye attacked Egypt in 720 BC and captured Thebes and Amun’s northern home in Karnak.  Then claiming to restore unified control of Egypt and Nubia according to Amun’s will, King Piye conquered the rest of Egypt and became the first Kushite pharaoh to rule Egypt.  The Temple of Amun at Jebal Barkal was first built in the 15th century BC by Thutmose III and later expanded by Ramses II.  As the pharaoh of the 25th Dynasty of Egypt, Piye further expanded the temple as did his son Taharqa.  The Temple of Amun became the largest Kushite structure ever built stretching all the way to the Nile.  There is a pinnacle of rock here cracked from the sandstone cliff that the ancient people saw the profile of the ureaus which is the protective cobra and symbol of the king.  Inside the temple was a relief of the cobra wearing a sun disk on its head.  The temple is in ruin now with most of it covered in sand.  Jebel Barkal together with Napata were named a UNESCO World Heritage Site in 2003. 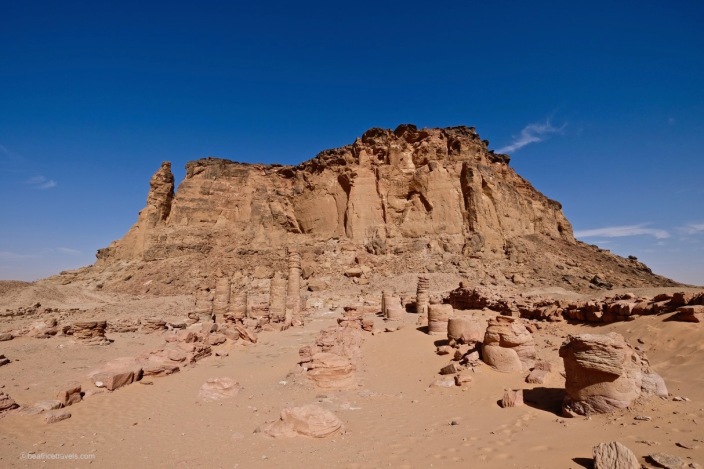 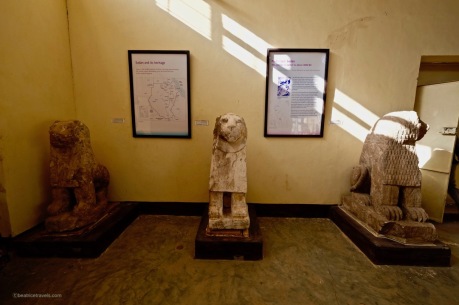 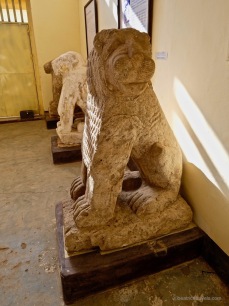 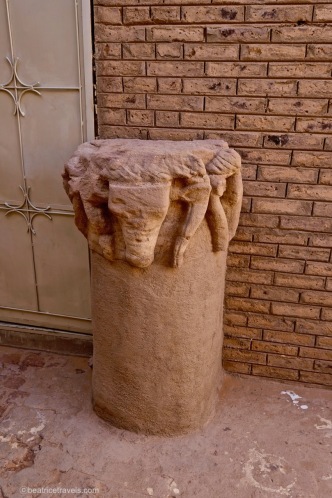 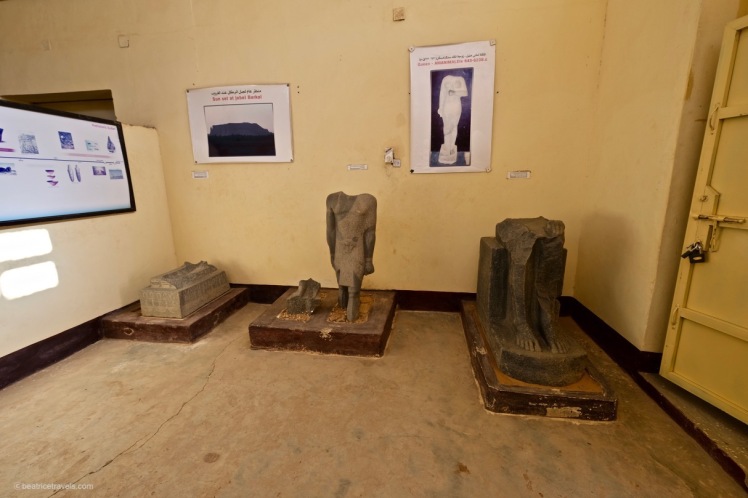 At the base of the pinnacle of rock of Jebel Barkal is the rock-cut Temple of Mut built in 680 BC by pharaoh Taharqa dedicated to the goddess Mut who was the wife of Amun.  It was believed that Mut and Amun lived together here at Jebel Barkal.  What remains nowadays of the temple are two sistrum-headed Hathor columns and the restored painted rock-cut chambers.  The wall paintings here have been painstakingly restored from 2015 to 2018 and you can see images of Amun, Mut, Taharqa, and other gods painted on Egyptian blue walls.  Hieroglyphs here recount that the temple was rebuilt by Taharqa from being a “humble work” to become a “splendid work”. 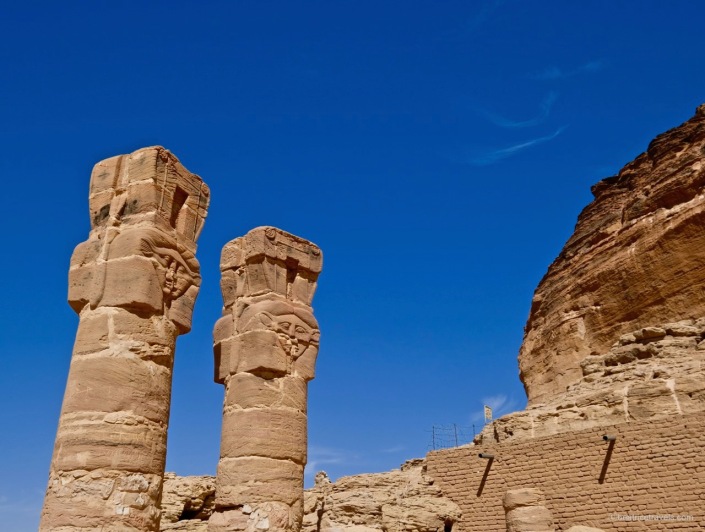 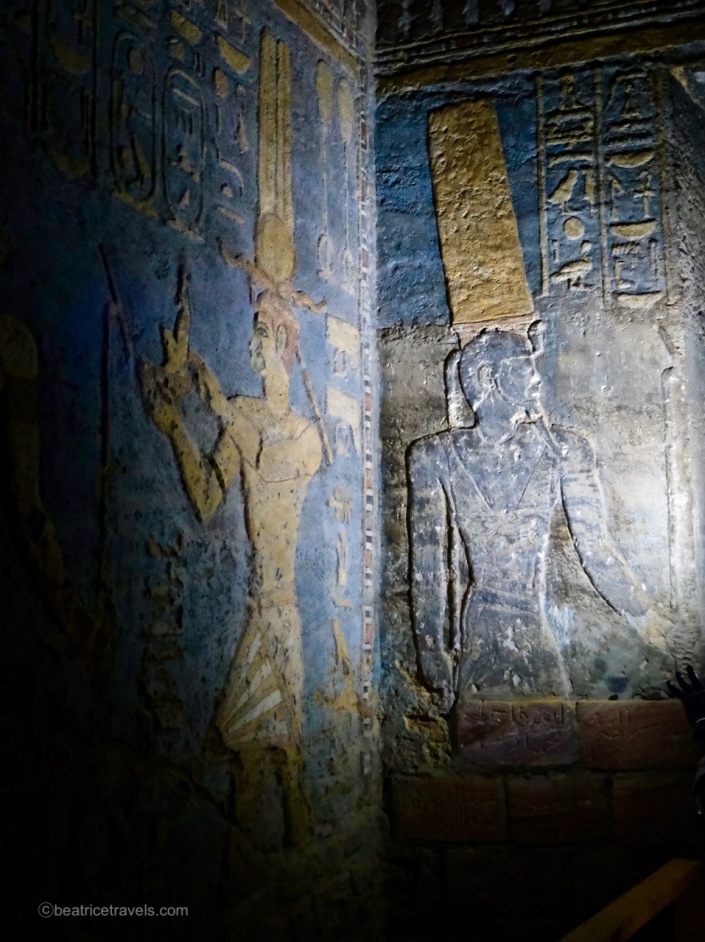 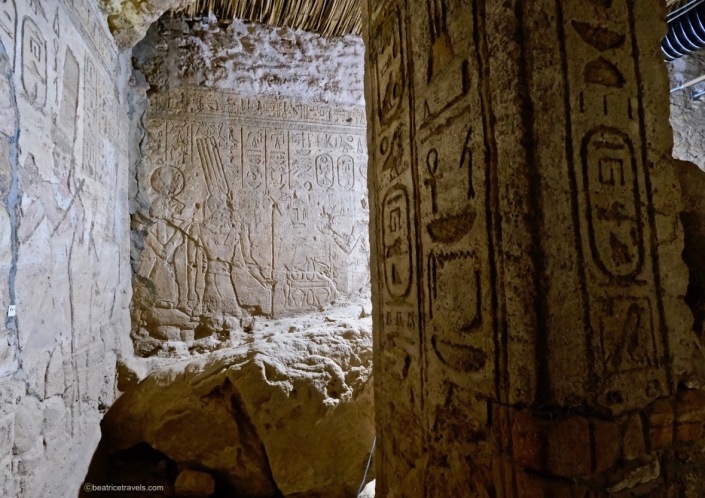 Next post we will explore the Napatan necropolis and the pyramids around Jebel Barkal.  Stay tuned!