We arrive at our home for the next several days, Meroe Tented Camp, located in the remote desert land in Sudan.  Meroe Tented Camp is owned and run by the same people as the Nubian Rest House in Jebal Barkal and is the only decent place to stay in the area.  It is a permanent tented camp overlooking the Meroe pyramids.  There are 20 tents here with private bathrooms in the stone hut to the back of the tents.  Power is provided by generator until 10:30 pm. 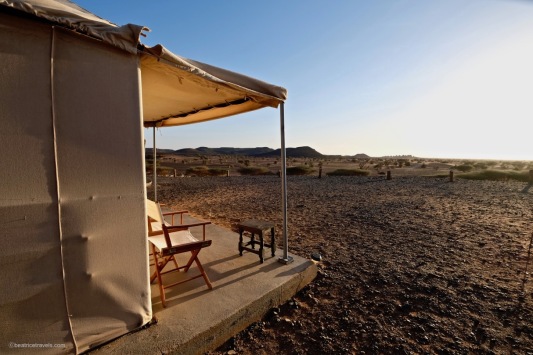 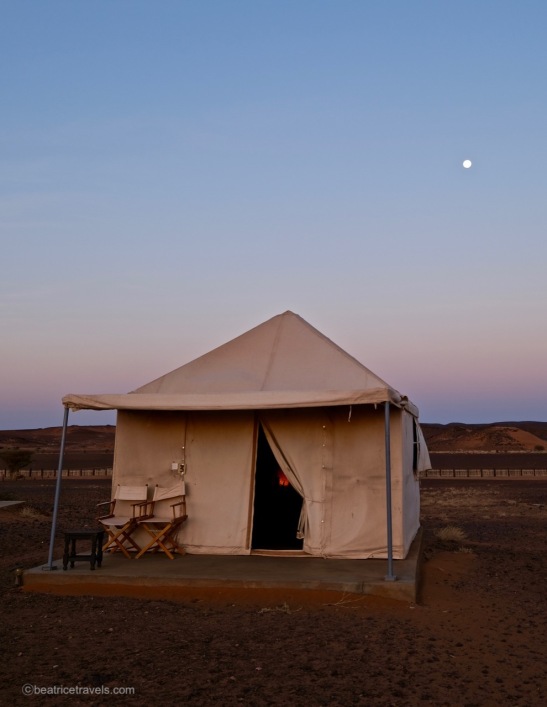 Meroe was an important city even before it took over Napata as the latter day capital of the ancient Kingdom of Kush.  It was also known as the Island of Meroe because it is bounded by the waters of the Nile, the Atbarah, and the Blue Nile.  There was mention of this ancient city in the Book of Genesis and was called “Aethiopia” meaning the “place of burnt faces”.  It was a rich city mainly from trade and its superior skill in ironworks making its tools and weapons highly sought after.  Meroe became capital of the Kingdom of Kush in around 300 BC until the middle of the 4th century AD when the kingdom was conquered by the Kingdom of Aksum (modern day Ethiopia).  What remains here is the most extensive Nubian pyramid site in Sudan with over 200 pyramids discovered divided into three areas, the South Cemetery, the North Cemetery, and the West Cemetery.  The southern and northern cemeteries were royal necroplises whereas the western cemetery was the burial site for the Kushite nobles.  Over 40 kings and queens were buried here in these pyramids of Meroe.  The pyramids here are different from the better known ones in Egypt in that they are smaller (the tallest being 30 meters high) but have a much steeper angle and were constructed with large blocks of sandstone.  These Nubian pyramids have no burial chamber inside.  Instead the tomb itself is dug below the pyramid and connected to the outside through an inclined tunnel.  Each pyramid has its own funerary chapel in front with highly decorated walls inside depicting scenes with the gods.  Unfortunately, many of these pyramids were destroyed in the 19th century in hopes of finding gold when the Italian treasure hunter Guiseppe Ferlini had found gold in the tip of one of them in 1834.  The Kushites left many pyramids concentrated in a relatively small area with very few tourists visiting making you really feel like Indiana Jones on one of his adventures.  The archaeological sites of the Meroitic Empire became a UNESCO World Heritage Site in 2011. 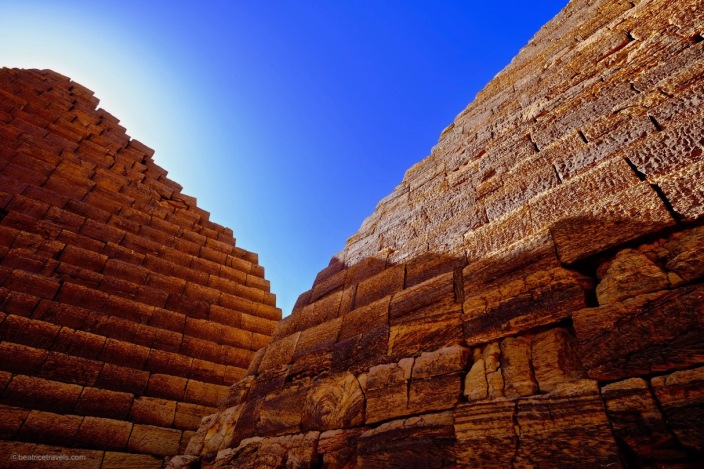 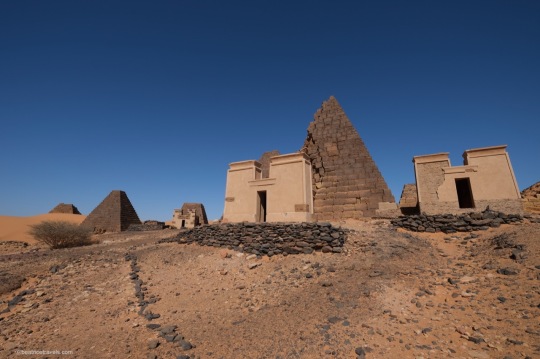 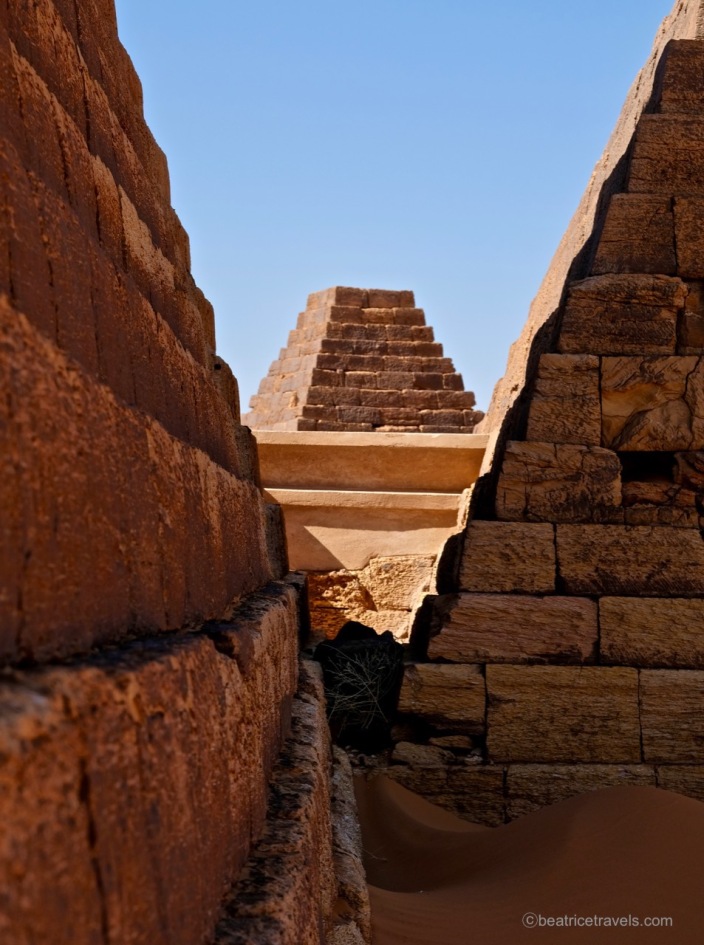 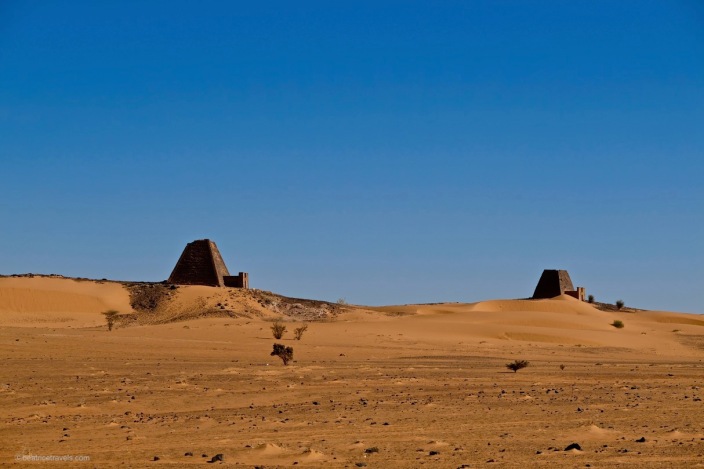 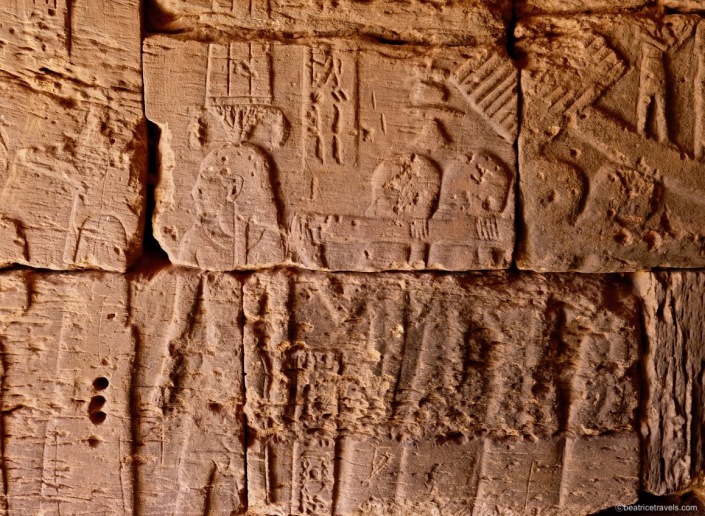 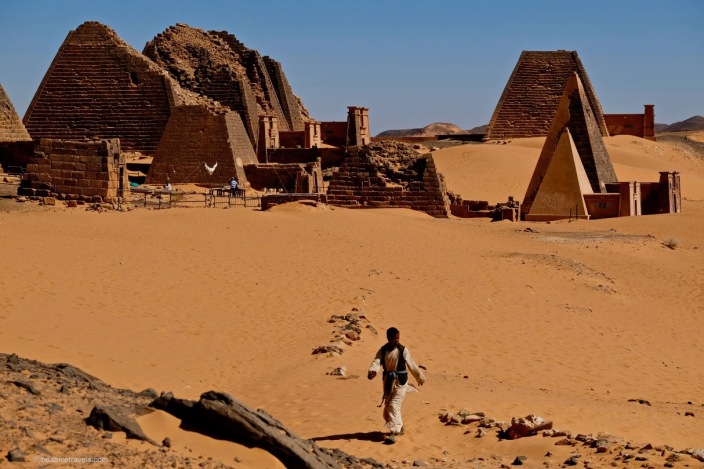 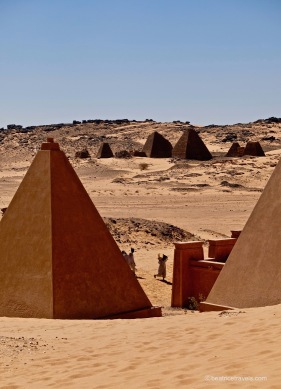 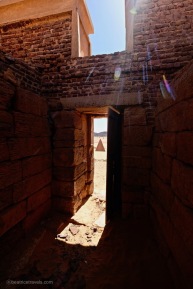 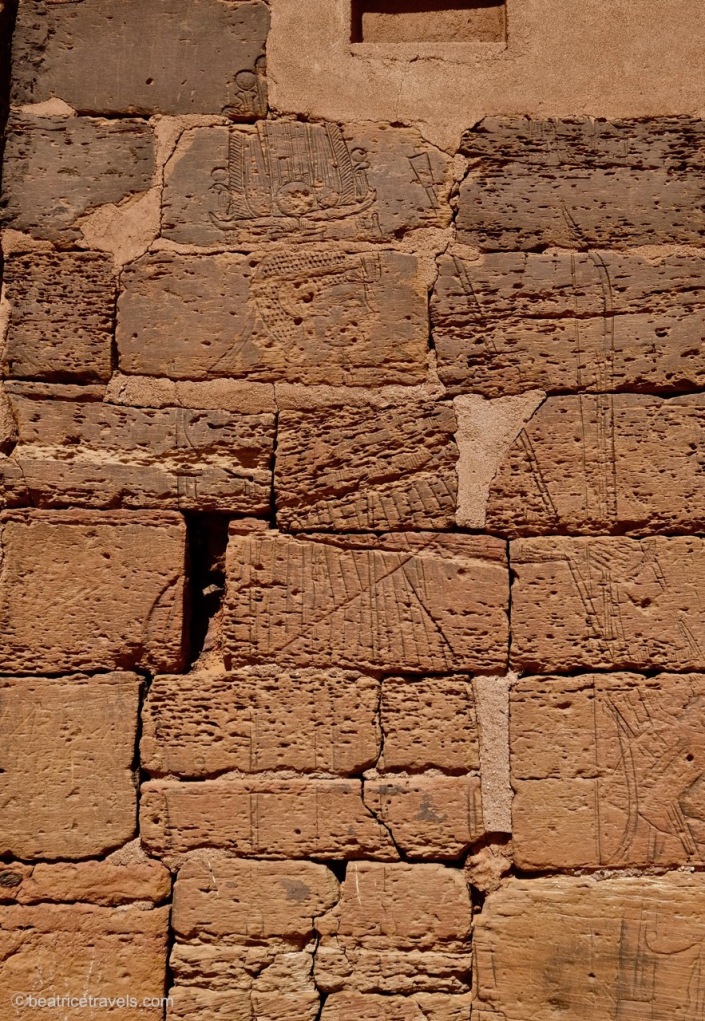 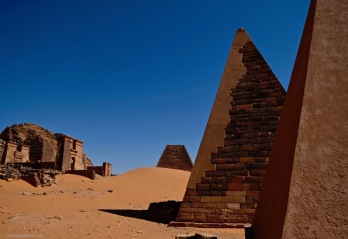 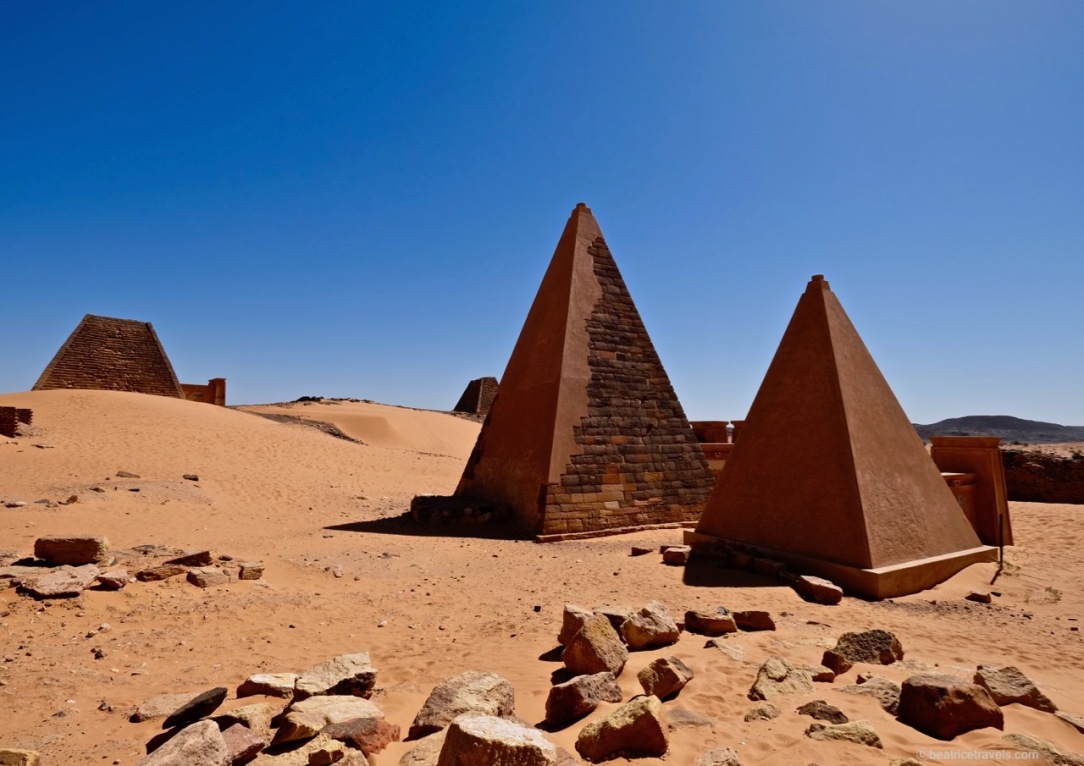 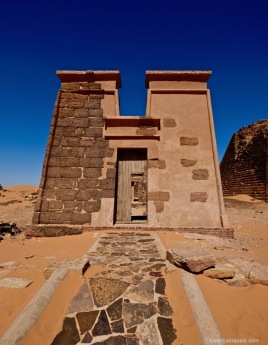 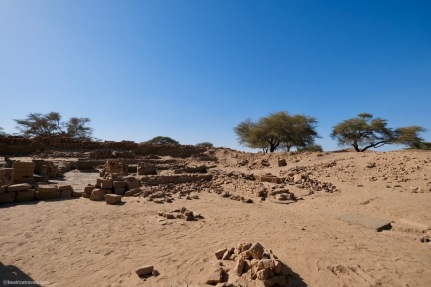 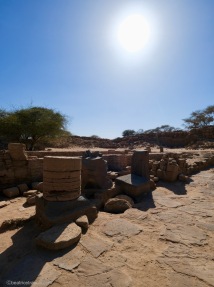 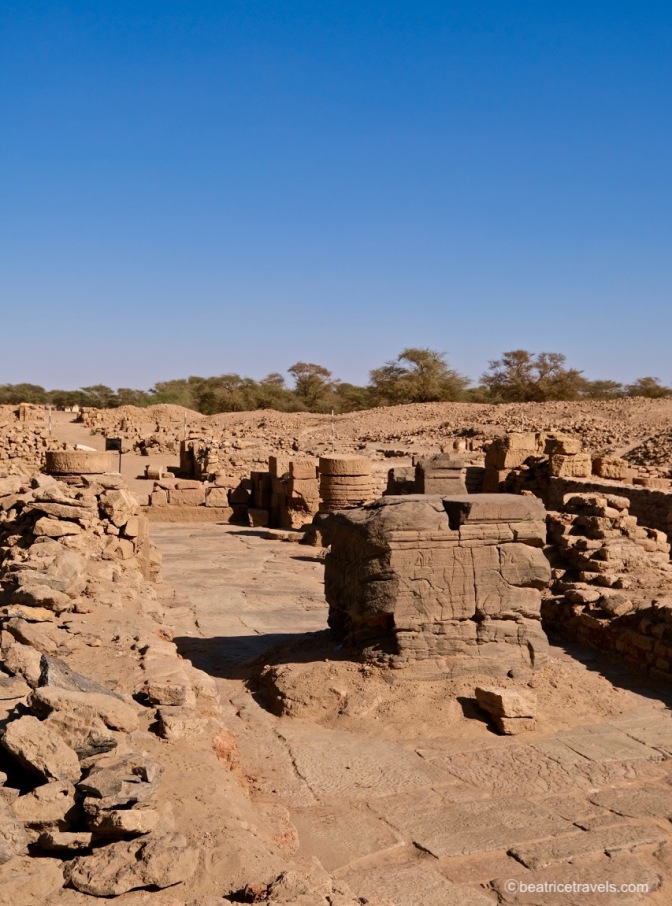 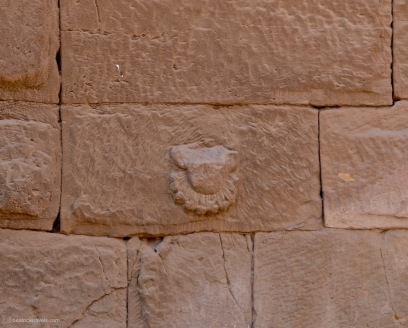 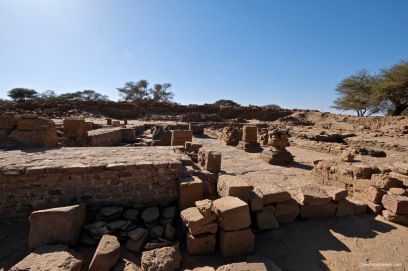 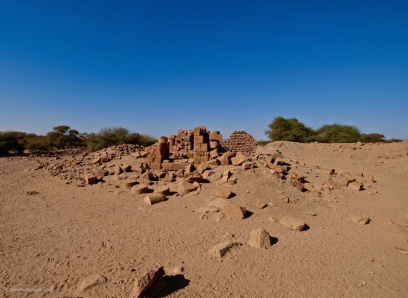 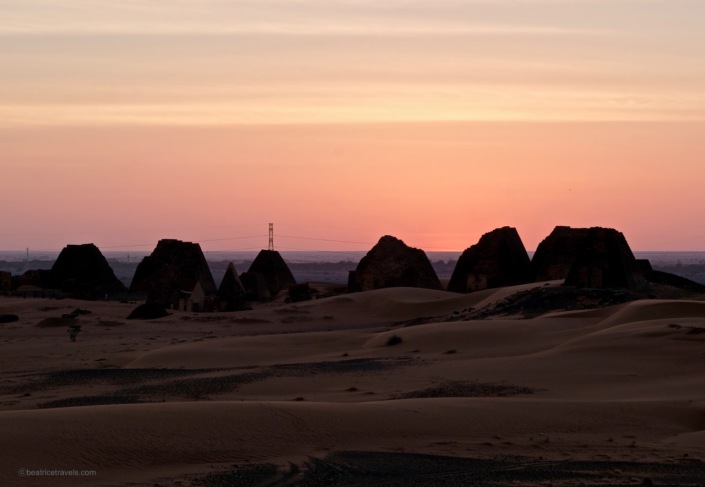 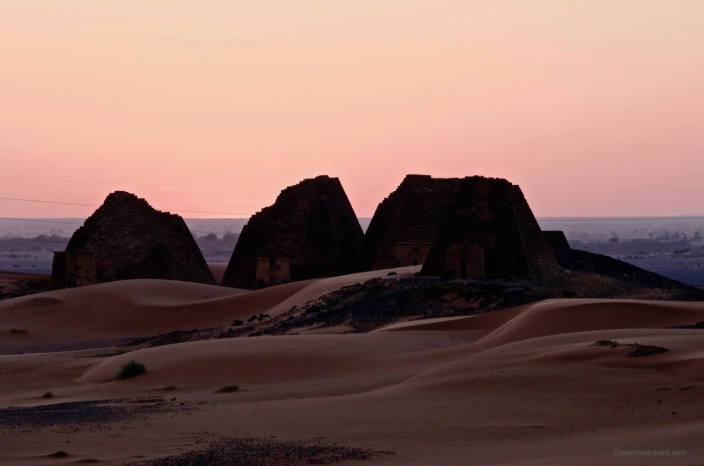 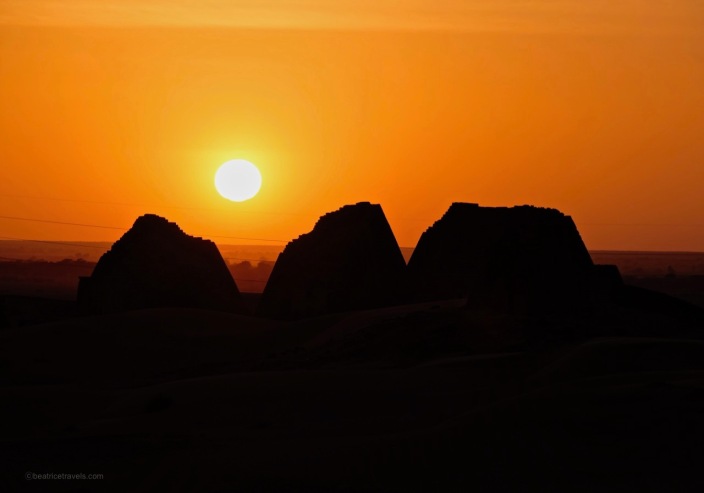 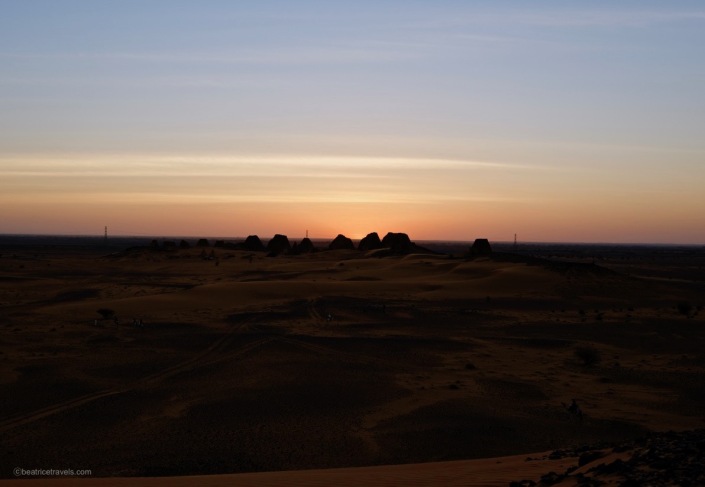 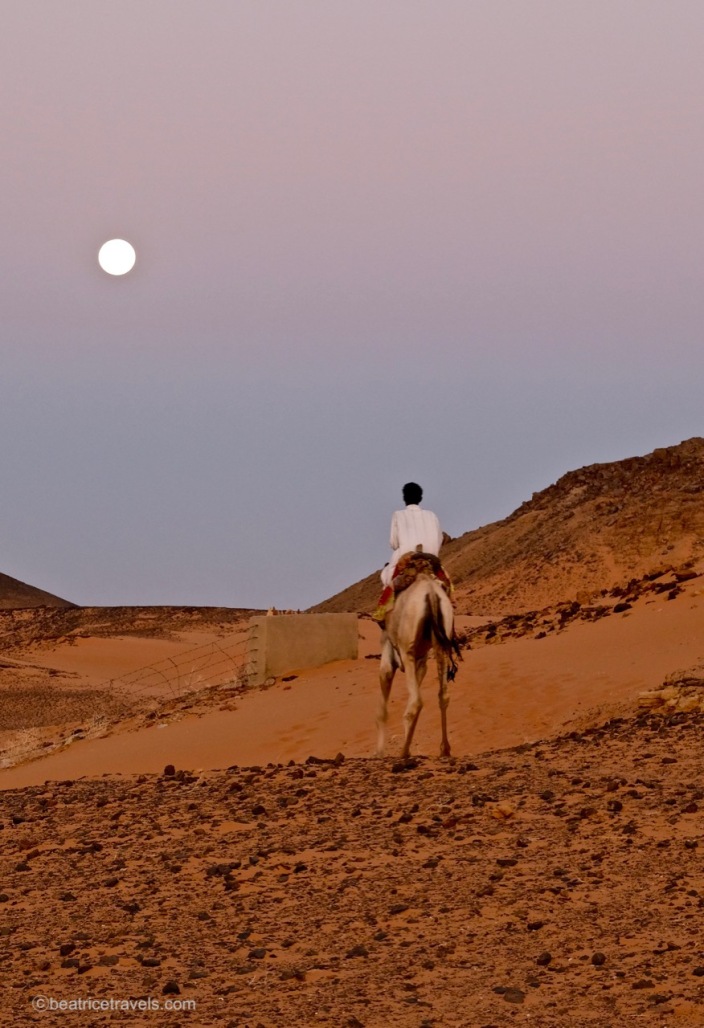