Today we drive 3 hours northwest to the stunning Iskanderkul Lake.  Iskanderkul Lake is an alpine lake in the Fann Mountains and many say you cannot come to Tajikistan and not make a stop here.  Truth be told, the lake is beautiful but not that beautiful and saying you cannot miss it is a bit of an exaggeration.  The lake is said to be named after the great conquerer Alexander the Great.  Iskander in Persian means “Alexander” and kul means “lake” in Turkic.  It was believed that he passed by this area on his way to India.  The lake was formed after a rock fall and is 3.4 km² and 72 meters deep.  Because of the high level of minerals in the lake, the water appears a beautiful milky turquoise and there are barely any aquatic life in it.  Legend has it that Alexander the Great faced resistance from the local dwellers even after he destroyed Sogdiana and Bactria.  He decided to build a dam across the river to divert the flow of the river to flood the area and that is how Iskanderkul Lake came about.  Even after flooding the area, the local dwellers continued to resist and somehow Alexander was forced to the edge of the cliff on his warhorse Bucephalus and the horse fell into the lake and drowned.  A grief stricken Alexander the Great left to continue his expedition to India and named present day Djalalapur after his horse Bucephalus in the year 326.  Even until today, the locals say that at midnight on a clear summer night, Bucephalus will come out of the lake and graze on the shores and if a single woman sees Bucephalus, she will be blessed with longevity and a very happy marriage.  I was thinking to myself that if I actually saw this ghost horse running around the lake, I would probably have a heart attack on the spot.  So much for being blessed with longevity! 🙄😅  On the shore of the lake are some chalets for campers and a large rock with inscriptions left behind by visitors including one from 1870 by a Russian Expedition led by well known explorer Aleksey Fedchenko.  There is also a 43-meter waterfall here called the Fann Niagara.  But don’t be fooled by the name, it is quite a small water fall and the viewing platform is right above the fall so you don’t see much.  I think it is low water season when I went so there was barely any water flowing down.  In fact, it looked like water coming out of a large drainage pipe. 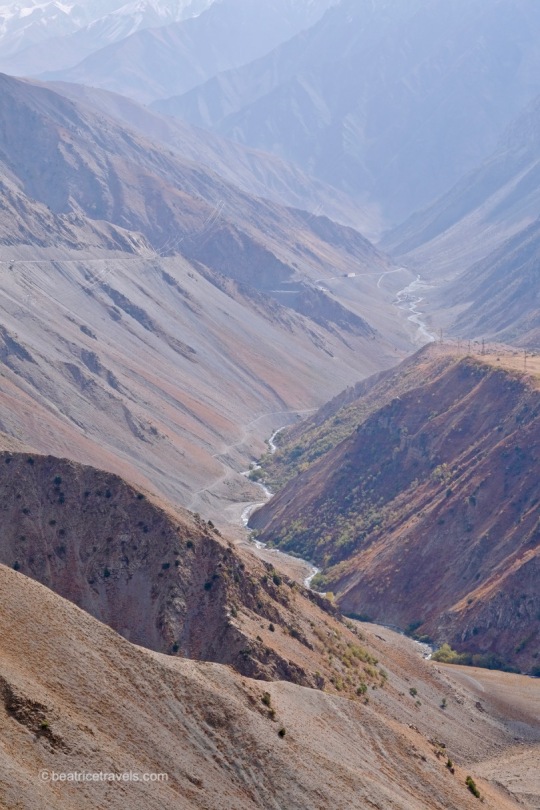 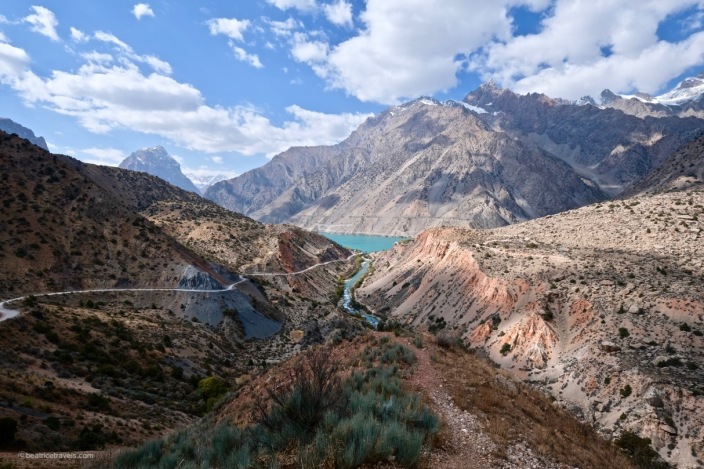 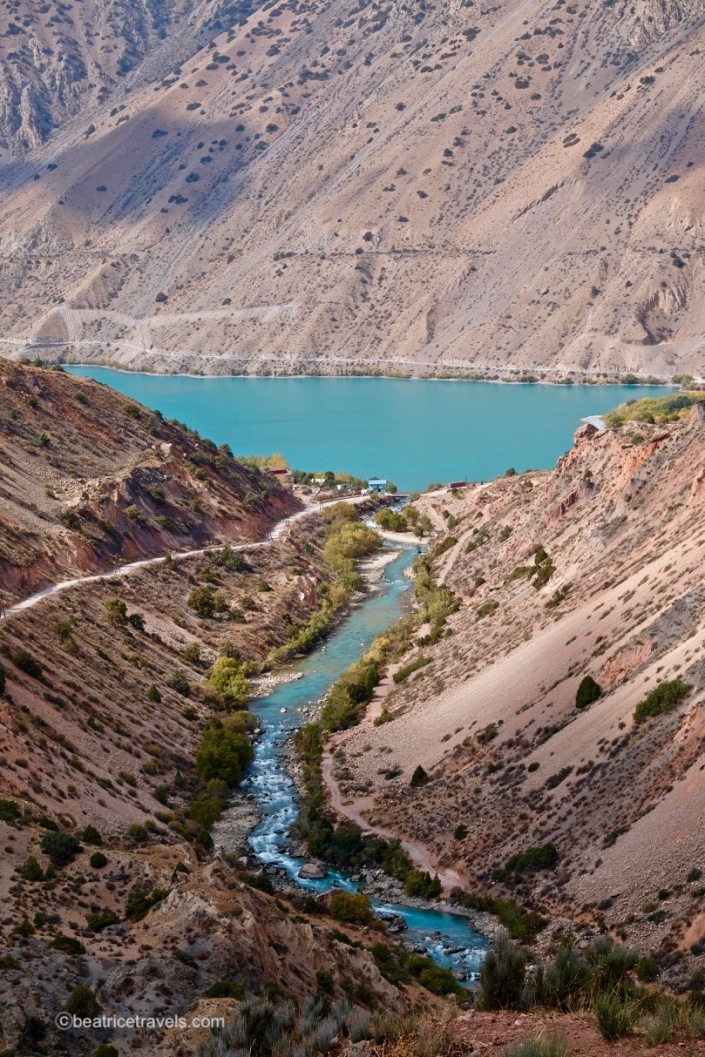 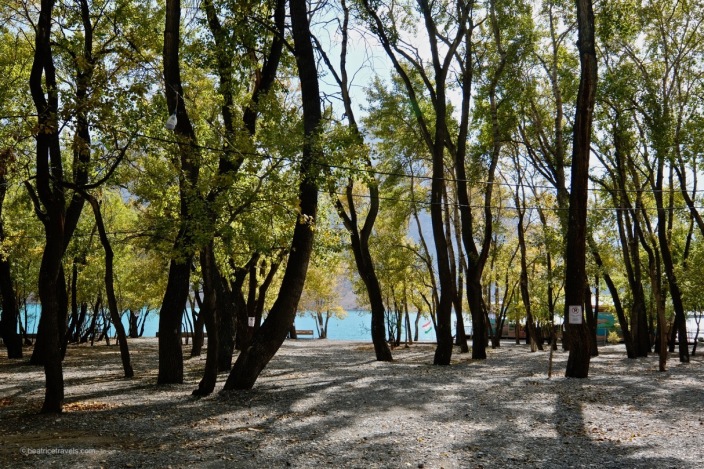 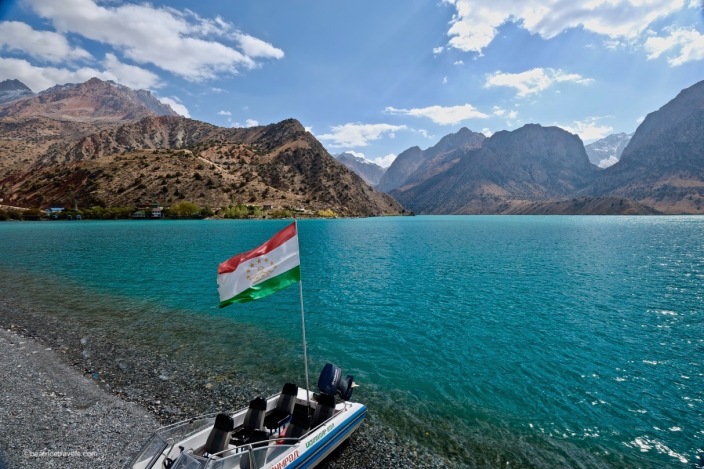 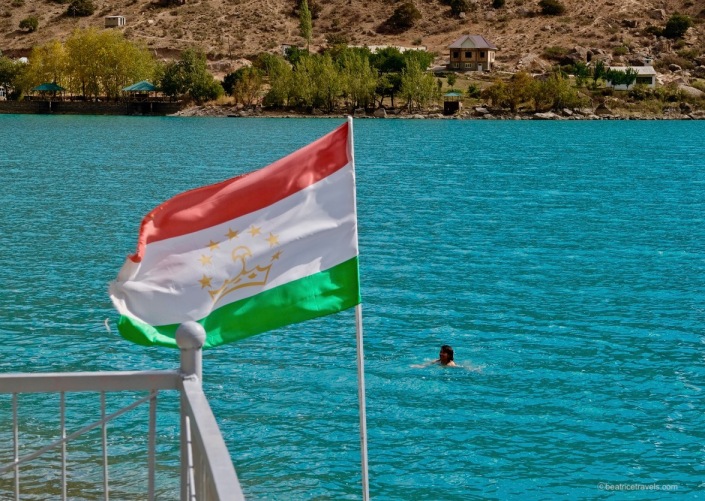 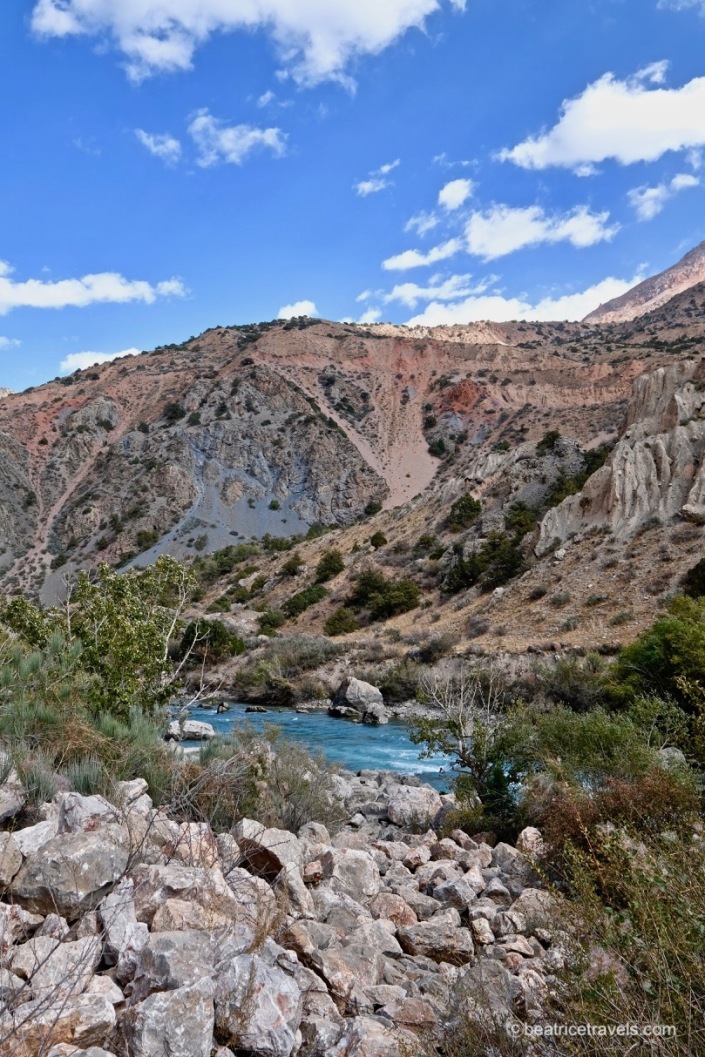 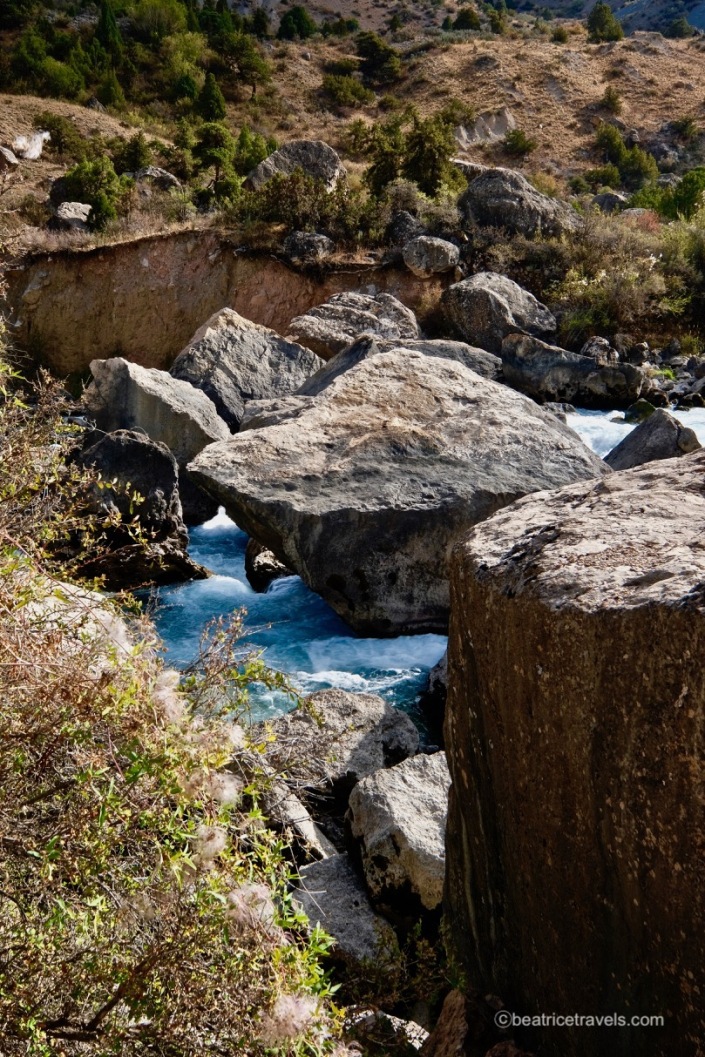 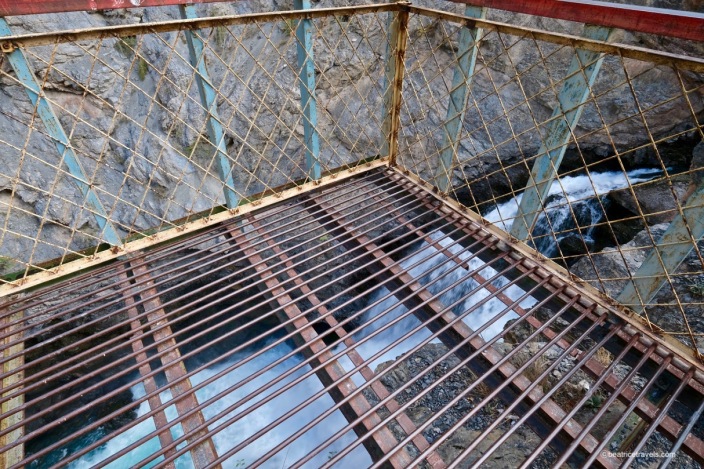 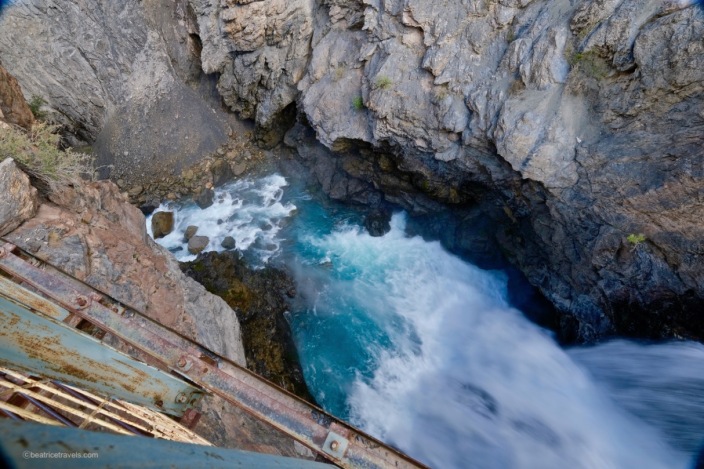 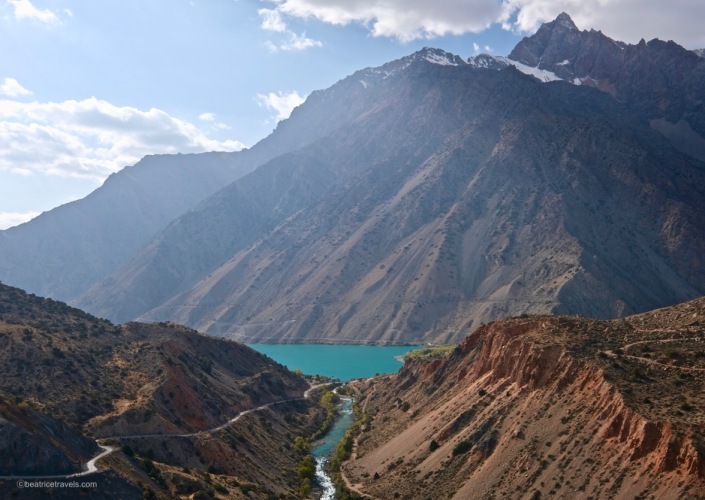 After a few days here in Tajikistan, it was time to leave.  Tajikistan was really not my cup of tea.  I found it quite boring and everything was just “meh”.  To add insult to injury, I got wrongfully charged for overweight baggage at the Dushanbe airport by the Astana airline ground staff and nearly missed my flight.  Long story short, I got charged €105 in the end because my cabin baggage was 4kg over their 8kg limit (and yes they weigh your carry-on cabin baggage as well!)  My check-in luggage was fine at 23kg while my travel companion’s was only 20kg.  Usually, they weigh the luggage of the everyone traveling together at the same time but this horribly rude airline staff said each passenger’s belongings must be weighed separately.  He added that he had already printed the luggage tags with the weights on them so we were not allowed to put anything into the bags even though they were still sitting on the belt right in front of us.  When we insisted to put the extra 4 kg into the checked luggage, he immediately pressed the button so the luggage went down the belt into the back.  My cabin bag was only 4 kg overweight and I could have put the 4kg into my travel companion’s suitcase.  I had no choice but to pay the €105 for an extra piece of luggage because now I had to check my cabin bag.  Later on I visited Astana’s website and an extra piece of luggage of 23kg is charged €30 per leg.  As I was flying from Dushanbe to Bishkek via Almaty, the most I should be charged was €60 for an extra bag of 23 kg.  You can imagine my anger and frustration at the time.  In fact, I am still angry just writing about it now.  Anyways, fortunately I had euros on me so I gave the guy the money and he said oh we only accept local currency.  He quoted me an amount in the local currency which was more than the current exchange rate probably so he can pocket some of it.  I had to run outside to the currency exchange and the guy at the exchange immediately asked if I was flying with Astana airlines.  I said yes and he said oh this always happens to tourists flying to Almaty with Astana.  I wonder if it is an ongoing scam….  Later as I was boarding, I saw a local man with a carry-on case plus a huge duffle bag and there was no way those two pieces only weighed a total of 8kg!  I have since filed a complaint to Astana and it has been almost two months now and as expected have not heard back from them.  To be fair, I flew Astana from Hong Kong as well as within Kazakhstan and it was fine.  I may be biased but I think it has something to do with the staff in Dushanbe.  Enough of my rambling, based on my experience, my advice is to skip Tajikistan and spend more time in Uzbekistan or Kyrgyzstan.

Stay tuned for my next two posts on my 100th country visited: Kyrgyzstan!