To the west of central Lisbon is Belem, home to the rich seafaring Portuguese heritage.  This is where the great voyageurs of the 15th century departed for their journeys to India, Africa, and South America and returned with all kinds of treasures.  There are two UNESCO World Heritage Sites here: Torre de Belém (Belém Tower) and Mosteriro dos Jerónimos (Jerónimos Monastery).  The 16th century Belém Tower was officially called the Tower of St Vincent and was both a fortress and a ceremonial gateway to Lisbon.  It was constructed on a small island near the shore of the Tagus River.  However, many people still like to say that it was built in the middle of the river and now sits near the shore because the river was redirected after the Great Earthquake of 1755.  It is a symbol of the Age of Discoveries and Portugal’s seafaring success and the most emblematic of all the historical monuments in the city.  The tower was built in the Portuguese Manueline style from lioz limestone and watches over the comings and goings of the Lisbon port.  The ornamental stone work adorned with motifs related to the sea is impressive and exemplifies the Manueline style of architecture.  Check out the stone rhinoceros below the western tower which is said to be Europe’s first recorded evidence of such an animal.  I didn’t go inside the tower due to the long lines. 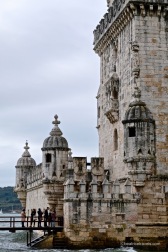 Also in Belém is the 16th century Jerónimos Monastery (or Hieronymite Convent) which was originally modestly designed and meant to serve the pilgrims, sailors, and seafaring adventurers.  It was later expanded by King Manuel I in 1501 to commemorate Vasco da Gama’s 1498 voyage to India which started much of the spice trade.  The expansion and renovation were funded by a 5% tax levied on the spices that entered Portugal.  Because of the flourishing spice trade and the immense amount of taxes collected as a result, Jerónimos Monastery became much more ornate and extended its construction for another 50 years.  It became the resting place for members of the House of Aviz and was where Vasco da Gama was buried.  The monastery is breath-taking especially the beautiful south portal and the Manueline cloister.  Inside the monastery are the National Archaeological Museum and the Maritime Museum.  The church attached to the monastery offers free admissions but I think it is worthwhile to pay for entrance to the cloister.  When you arrive, there are two lines, the left one for the cloisters and the right one for the church.  Strangely, the ticket office for the cloisters is at the next building to the left of the lines.  Usually the line to the church is much longer than to the cloister, probably because it is free.  Do try to visit both. 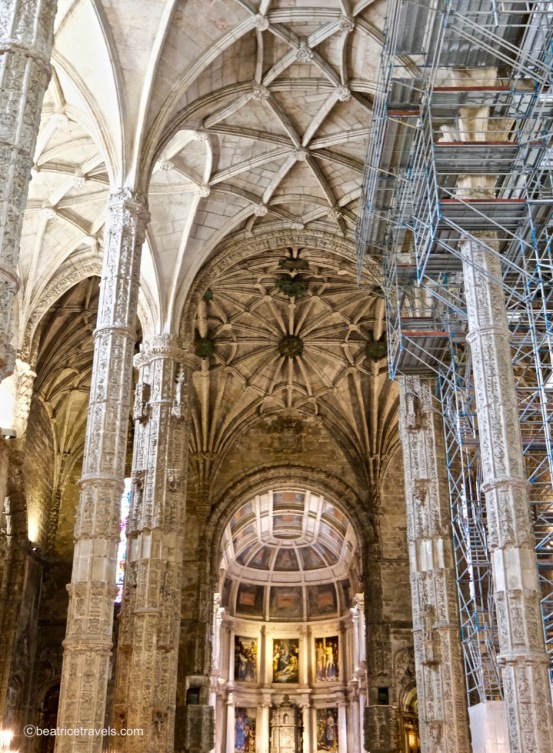 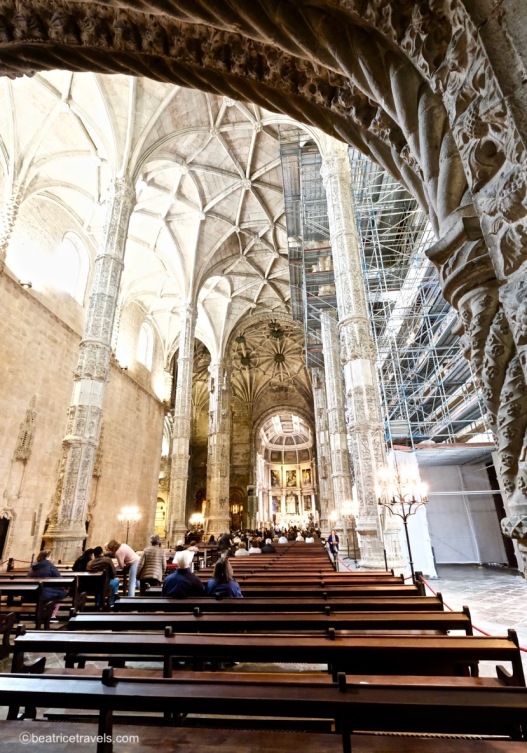 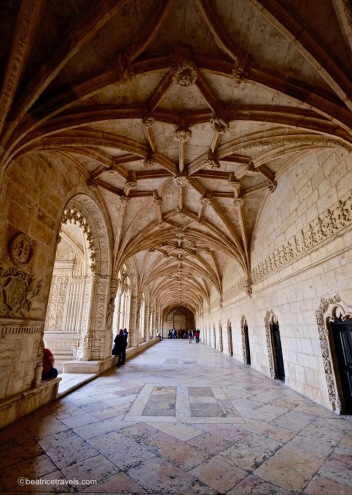 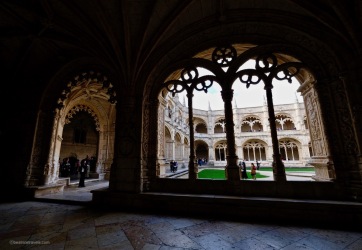 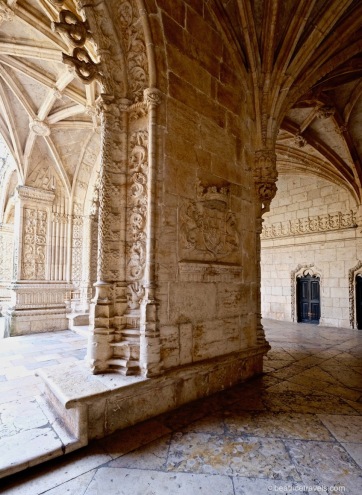 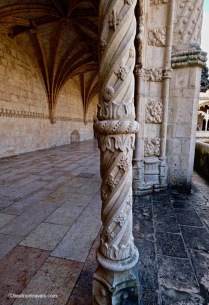 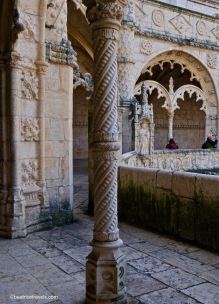 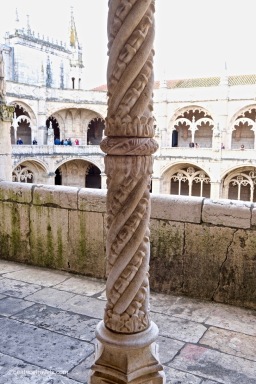 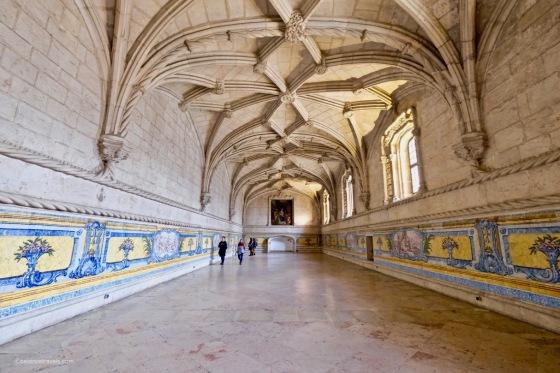 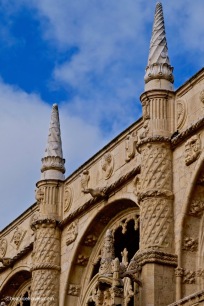 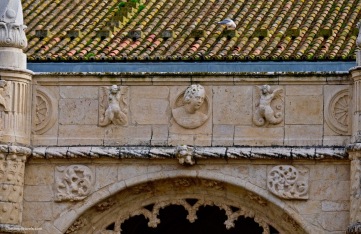 Across from the Jerónimos Monastery is the Monument to the Discoveries which is a 52-meter concrete slab erected in 1960 to commemorate the 500th anniversary of the death of Henry the Navigator.  It was a symbol of national pride and the glory days of the Age of Discoveries.  The monument resembles the prow of a caravel (the typical Portuguese ship of the 15th century) with depictions of Portuguese explorers on the western side like Vasco da Gama, Fernão de Magalhães, and Pedro Álves Cabral.  On the eastern side of the monument are key financiers and in the front is a statue of Infante D. Henrique who is the main figure in the Age of Discoveries.  There is an elevator that takes you to the top for views of the river and Belém. 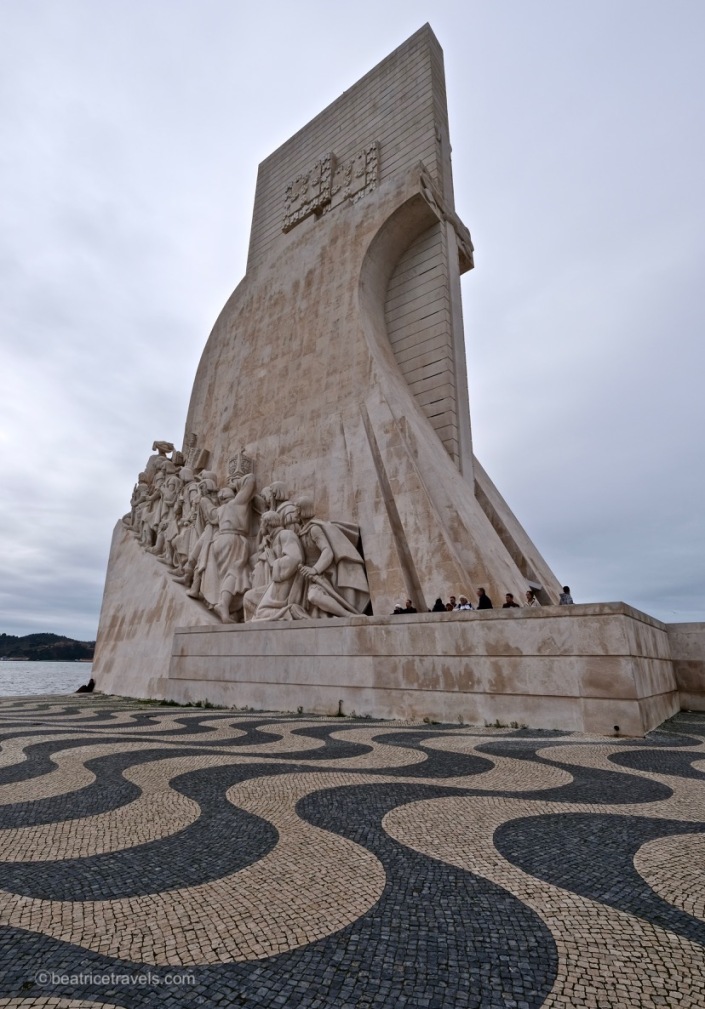 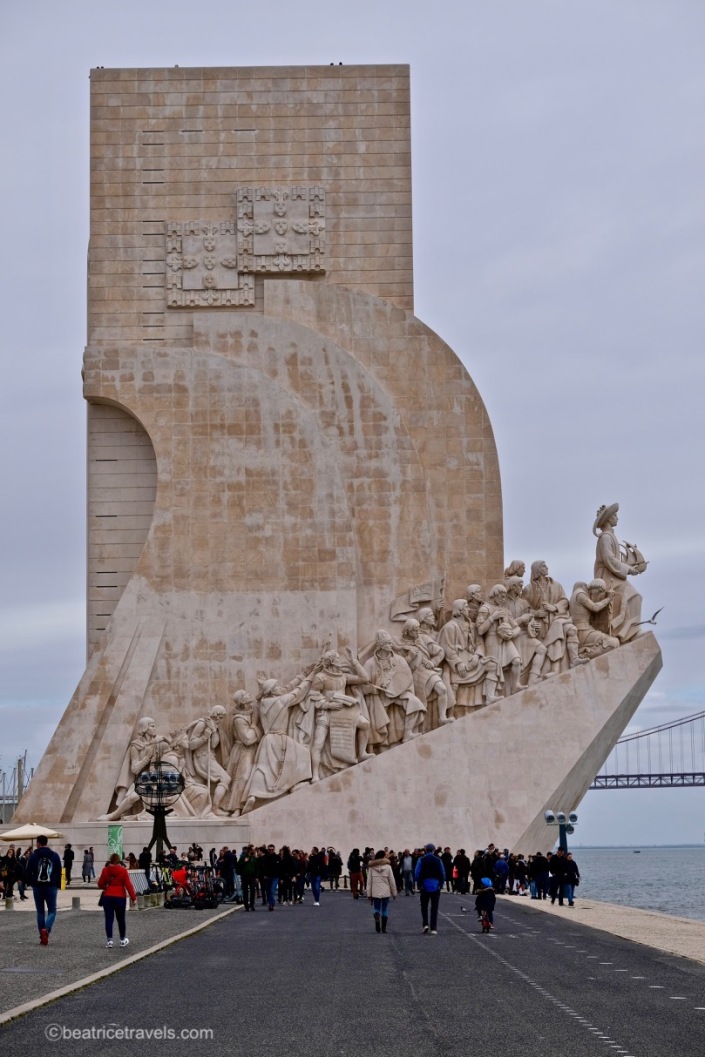 Aside from these impressive monuments, Belém is known to be the home of Pastéis de Belém that invented the Pastel de Nata, a traditional Portuguese egg tart or custard tart, in 1837.  Although other bakeries in town also make this custard tart but they are only generic versions.  The best is said to be made here in Belém with a guarded secret recipe.  Turns out many of these pastel de natas bakeries were opened close to monasteries because the monks used egg whites to starch religious clothes and gave the yolks free to the nearby bakeries.  There is another pastel de nata bakery near my hotel called Manteigaria that is considered a contender of this one in Belém and with much shorter lines.  Don’t bother lining up, instead enter the shop and go towards the back where there is a restaurant.  Sit down comfortably and order a coffee and a pastel de nata. 😀 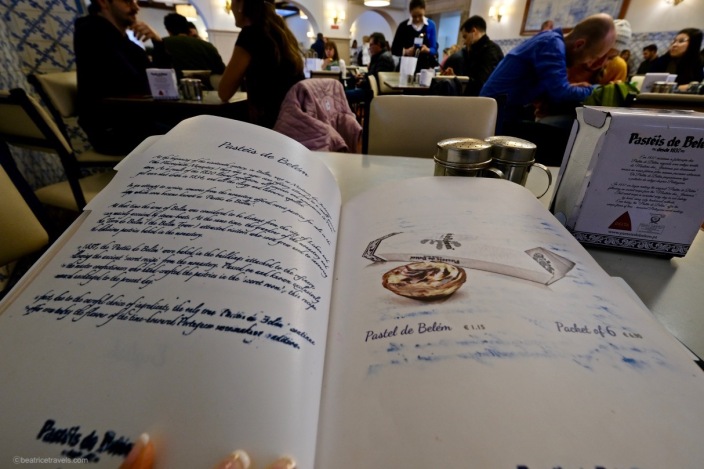 Since my stay in Lisbon overlapped a weekend where nobody did any work, I decided to venture out to Sintra which is the epitome of Romanticist architecture and really belongs in a fairy tale.  I’m not surprised that this UNESCO site was once the summer retreat for the Kings and Queens of Portugal.  Stay tuned!