After a short couple of days in Pucon in the Chile’s Lake District, I moved south to Chiloé  which is a good 7 hours drive away.  Chiloé archipelago was originally inhabited by the Mapuche Chono, Huilliche, and Cunco peoples and was one of the last places to be taken over by the Spanish conquistadores in the 16th century.  Chiloé means “place of seagulls” in the Huiliche language and the island had always been rather secluded and developed its own culture, beliefs, customs, and identity independent from the mainland.  When the Spaniards first arrived, their goal was to convert these indigenous people and they built about 70 wooden churches of which 16 became UNESCO World Heritage Sites.  The Jesuits who came here to spread Christianity were unskilled at building churches and hired the local fishermen to help them realize their church designs.  These fishermen were also unskilled at building churches and used their knowledge of building boats resulting in hulls turned upside down to form the curved roofs envisioned by the Jesuits.  Also special here are the colorful palafitos which are houses built on stilts along the waterfront with the famous tejuelas or Chilote wood shingles.  I stayed in OCIO Territorial Hotel about 30 minutes from downtown Castro.  The cabins are spacious and spread out and much more affordable than the Tierra Chiloé property which I had considered.  But since I had my fabulous fellow photographer and guide with me from Pucon, I wouldn’t be partaking in the guided activities offered by the hotel so there is no need to stay at the Tierra property. 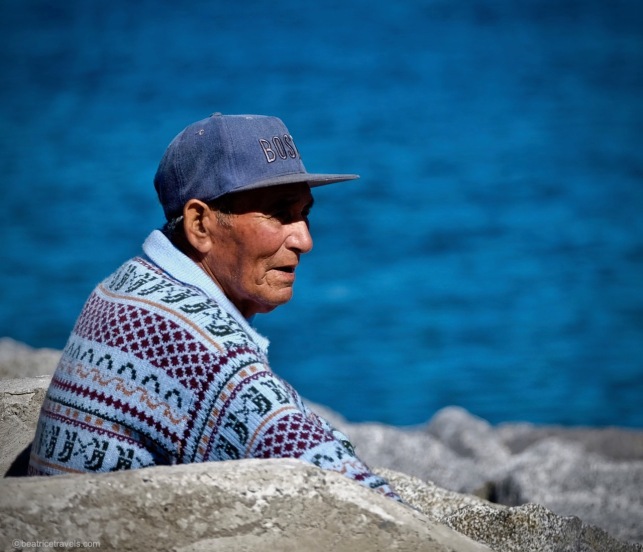 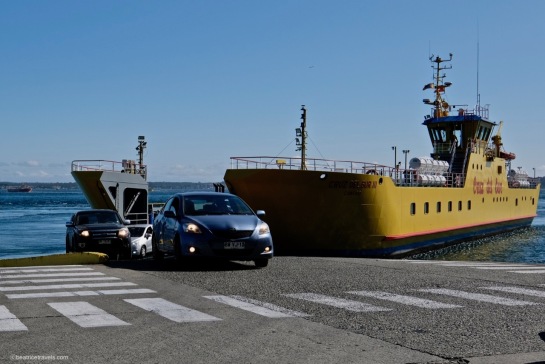 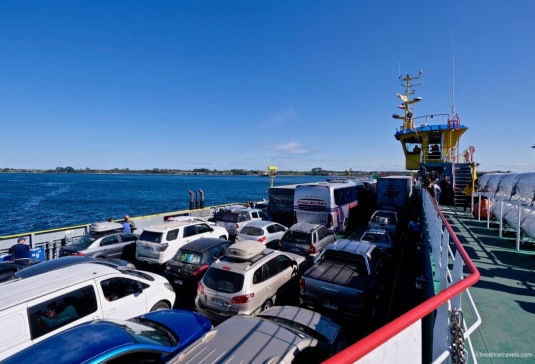 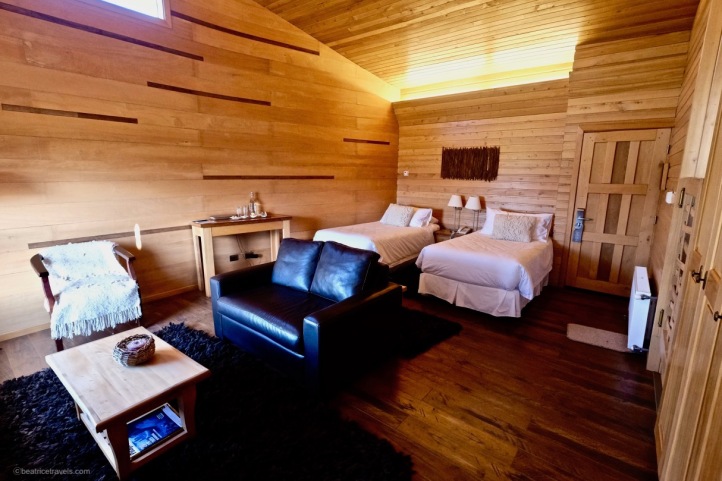 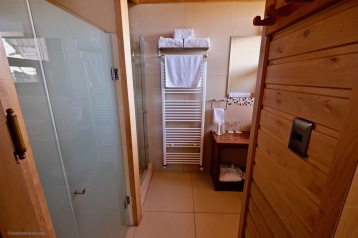 Castro, the capital of Chiloé, was founded in 1567 and is famous for its palafitos which are traditional wooden stilt houses of the fishermen of the area.  The best view of these colorful houses is from the Mirador Gamboa. 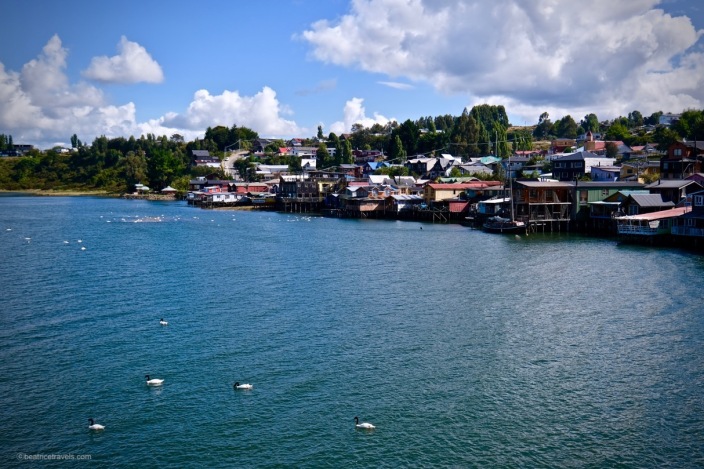 Other than these colorful traditional palafitos houses, Chiloé is famous for its UNESCO churches that are a blend of indigenous and European architectural styles now known as the Chilota architectural style.  The Chilota style churches are usually made entirely of native wood with wood shingles on the roof and walls.  It is said that the shingles were a way to keep out the dampness and cold of the region.  This style of architecture started with the Jesuits in the 17th century and was continued by the Franciscans in the 18th and 19th centuries.  They have a facade tower and a basilican layout with vaulted ceilings.  In the front side is a portico with open arches overlooking the esplanade. The facades are painted bright colors or left completely bare.  These 16 UNESCO churches each have different color themes and were designed by the Jesuits and built by the local fishermen and shipbuilders in the 18th and 19th centuries.  In Castro’s main square, Plaza de Armas, stands the UNESCO Church of San Francisco which is the 3rd oldest church in all of Chile first built in 1567.  The bright yellow colored church with violet and mauve accents was built in a neo-gothic style unlike the other churches of Chiloé.  The structure is made of wood while the facade, roof, and exterior lining are made of sheets of galvanized iron while the other Chiloé churches were mostly built entirely out of wood only.  The church we see today was built in 1912 in the place of an earlier church that had burnt down which also replaced another even earlier church that had also burned down.  Inside the ceiling buttresses are 32 meters high and there is a statue of the Archangel Michael battling a comical looking Satan. 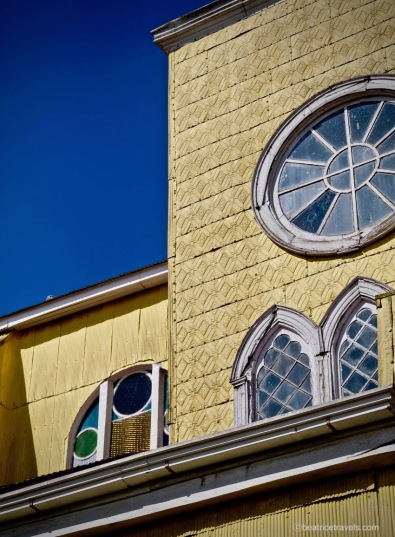 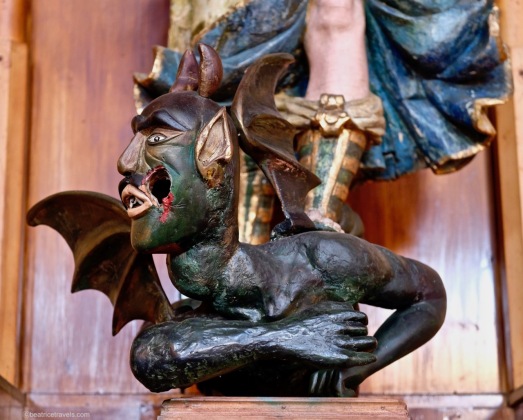 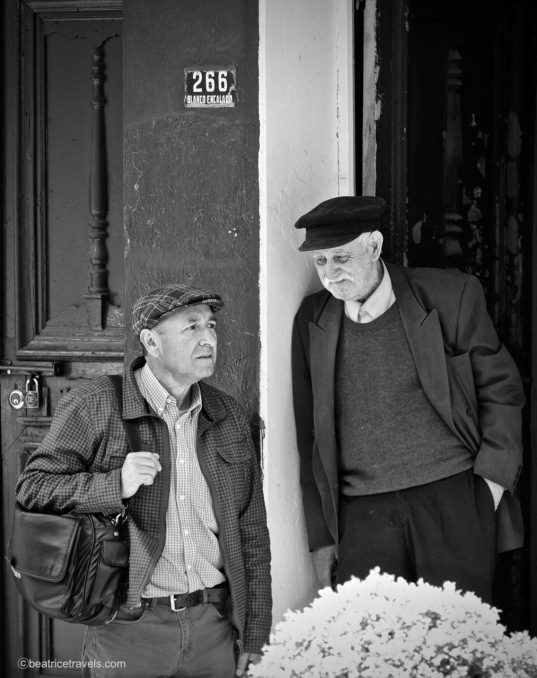 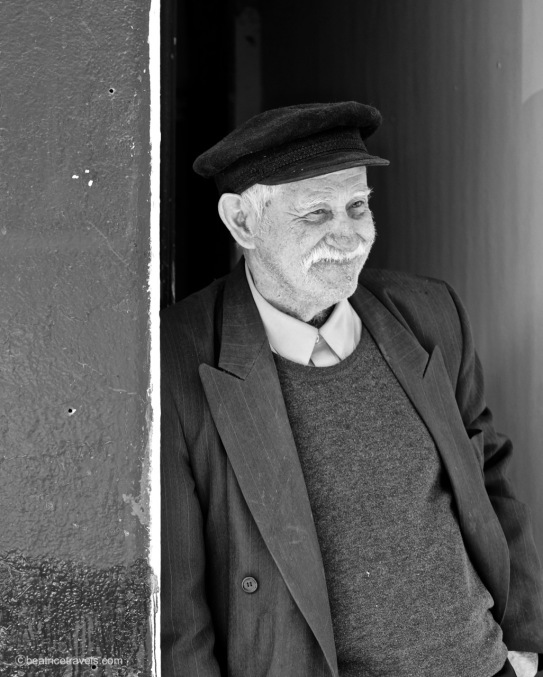 In the next post, I will talk about 8 of the 16 unique UNESCO Churches of Chiloe that I  had the privilege of visiting.  Stay tuned!