Upon boarding the Magellan Explorer off King George Island, we were told that due to favorable weather conditions, we will be setting sail through the Antarctic Sound to Brown Bluff Island located near the northern coast of the Weddell Sea.  Most Antarctica cruises navigate between the South Shetland Islands and the western coast of the Antarctic Peninsula.  The exact voyage route changes based on the weather conditions so each cruise departure may be different.  According the our crew, they rarely get a chance to visit Brown Bluff Island due to normally rough conditions, so there is an overall sense of excitement on the ship.  We sailed overnight at full speed and even though the weather conditions were considered favorable, the waters were still very choppy and the ship swayed from side to side so much so that you had to hold onto the railings when walking down the corridor.  So much for thinking there will be no seasickness since I avoided the Drake Passage.  I actually couldn’t get up from my bed, let alone go downstairs for dinner.  Fortunately, my room attendant, Lovely, brought me some motion sickness meds, saltines, and ginger ale.  I was completely immobilized and slept in my clothes that first night on the ship.

Bright and early, the voice of our cruise director crackled through the speakers announcing that we have crossed the Antarctic Sound and will be arriving Brown Bluff soon.  Brown Bluff is made of basaltic rocks that used to be part of a large volcano a million years ago.  There is a 3km long beach with large glaciers at the two ends.  The coast is exposed to the elements with fragments of floating ice making landings often quite challenging.  As we were having breakfast and getting ready, the zodiacs headed out to scout the landing and overall conditions.

Penguins come here to Brown Bluff to lay their eggs because the island is not covered in ice or snow.  We are now at the end of the summer season so the little chicks are molting and in a few weeks will be ready to go to sea.  There is usually an extensive colony of Adelie penguins here on Brown Bluff.  However, most of them have finished their breeding season and have gone to sea.  Adelie penguins are the most common and smallest penguin species and are named after the wife of the French explorer Dumont D’Urville.  They have the black and white tuxedo look and have an angular head with white rings around their eyes.  Other than emperor penguins, adelie penguins also only live on the Antarctic peninsula.  The males build nests with beautiful rocks to attract the females and they are known to steal rocks from other fellow penguins.

There is also a smaller rockery of Gentoo penguins here on Brown Bluff.  The third largest species of penguin after the emperor penguin and the king penguin is the gentoo penguin easily recognized by the wide white stripe on top of its head like a bonnet and its orange-red bill.  They remind me of one of those lunch-ladies at the cafeteria with brightly painted lips and white bonnets.  The gentoo penguin has pale pinkish webbed feet and a long tail.  Gentoos are usually 50-90cm tall and are the fastest underwater swimming penguins reaching speeds of 36km/h.   They are the most populous penguin species in the Antarctic region.  Gentoos are monogamous and build nests from stones.  These stones are prized possessions and are carefully guarded.  Male penguins are seen to offer females ones stones for the collection.  Each time, two eggs are laid and they hatch after 35 days or so.  The gentoo chicks have grey backs and white fronts and stay in the nests for another 30 days before joining other chicks in the colony forming creches. The gentoos on Brown Bluff seem to be on a slightly later breeding cycle than the adelies and are still hanging around while the chicks grow and the adults go through their annual molting where they shed their old feathers that are pushed out and replaced by new ones.  When penguin’s molt, it’s called a catastrophic molt because unlike most other birds, they molt all of their feather at once.  Penguins depend on their waterproof feathers to keep them warm and dry while in the water.  They are not waterproof while they undergo the molt so they do it in the shortest time possible.  Hence, penguins gorge themselves on fish and increase their body weight in preparation for the molt when they need to stay on land for 2-3 weeks fasting until the new feathers have fully emerged.  We were told that molting is a very stressful process for the penguins because they are hungry, itchy, tired, and swollen all at the same time. 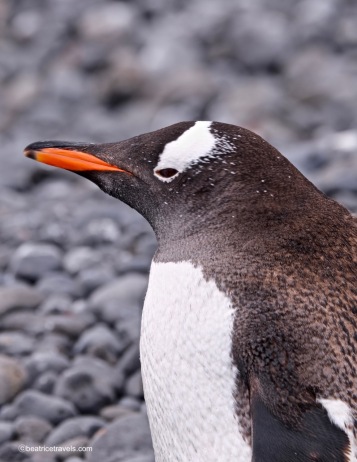 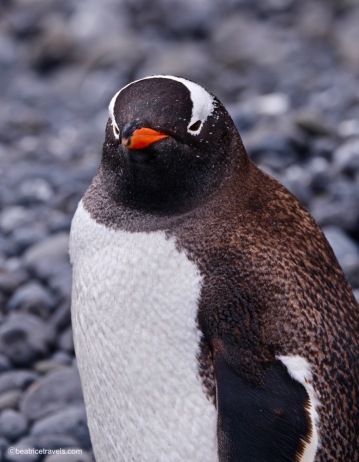 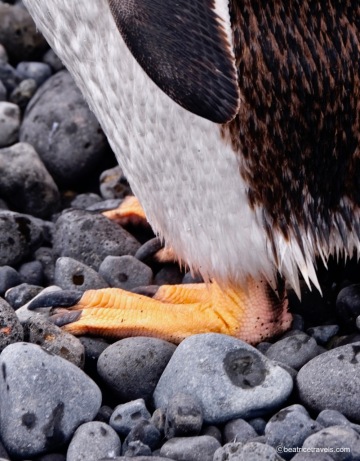 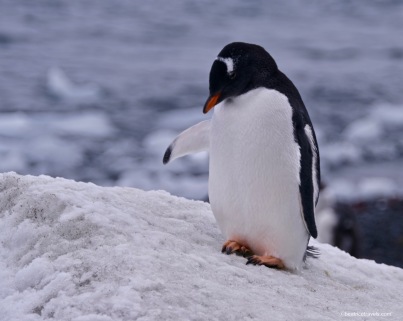 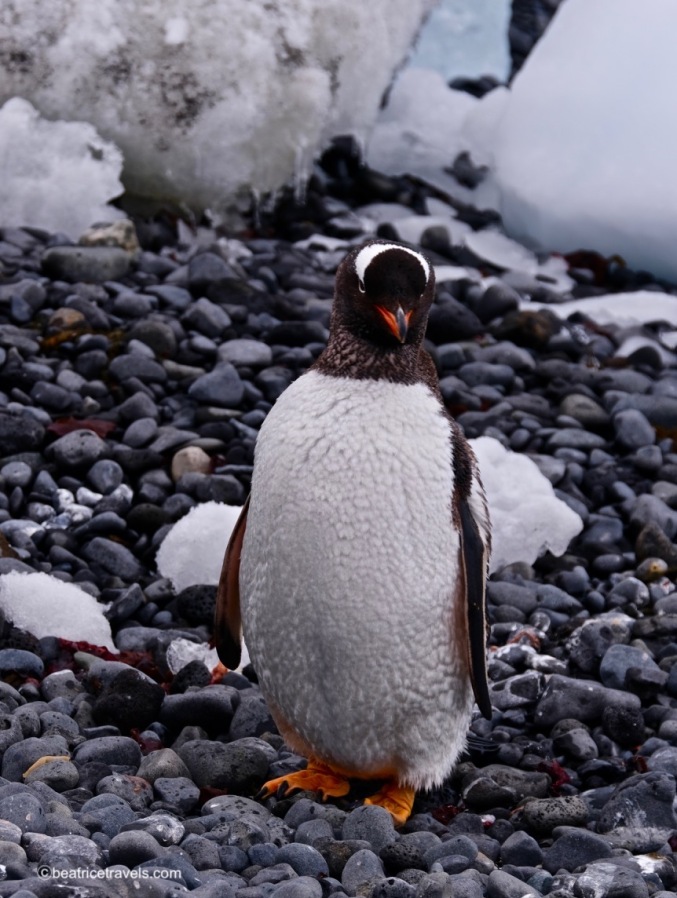 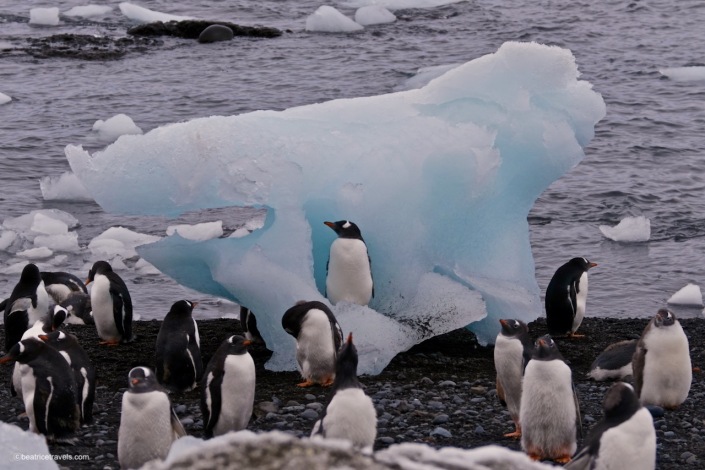 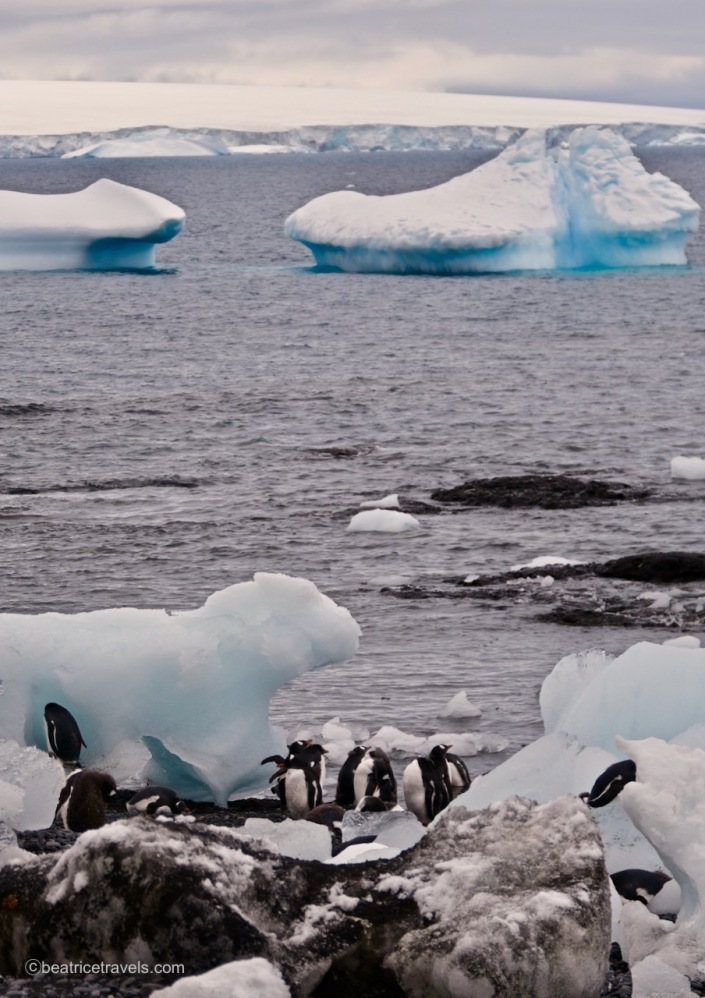 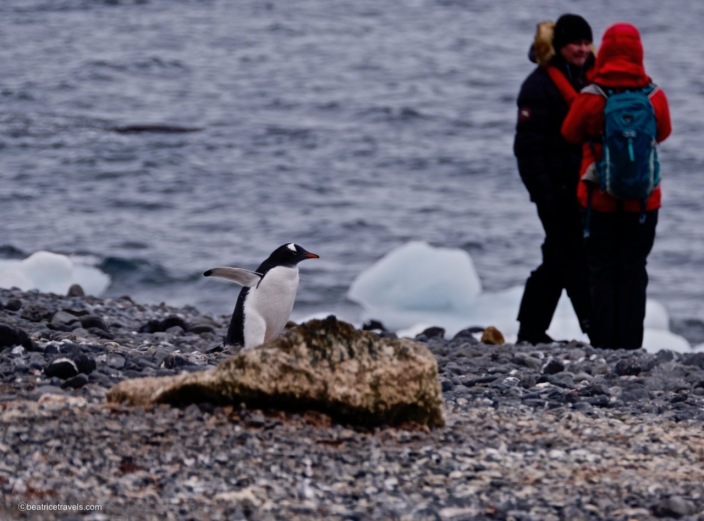 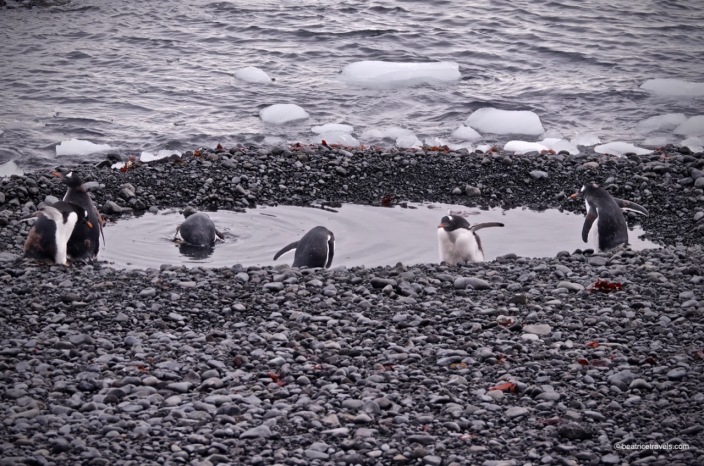 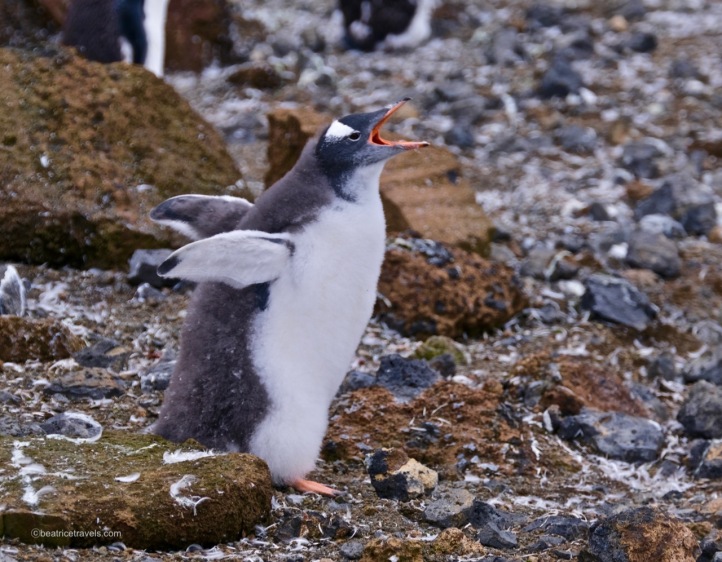 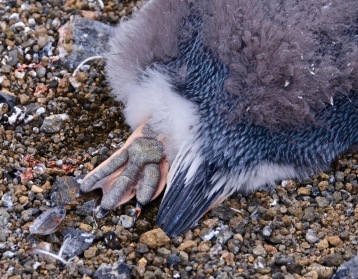 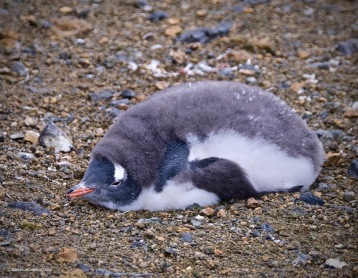 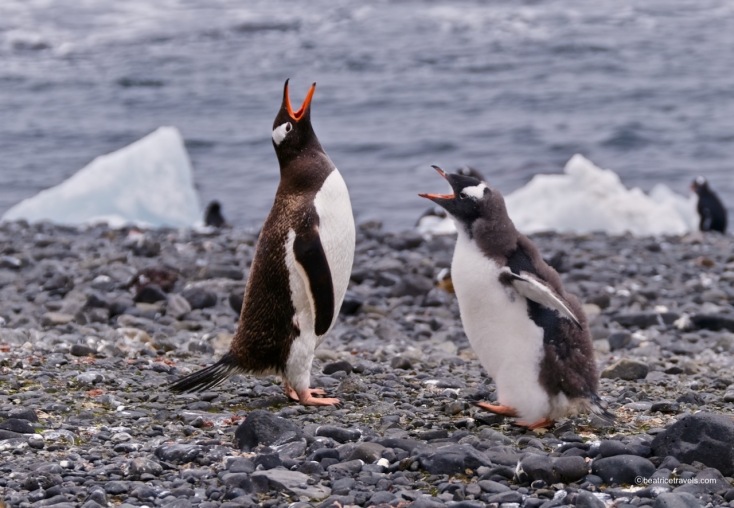 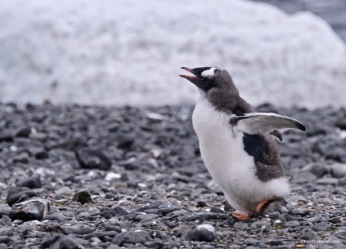 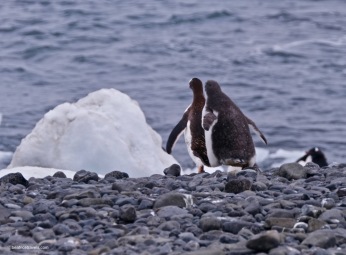 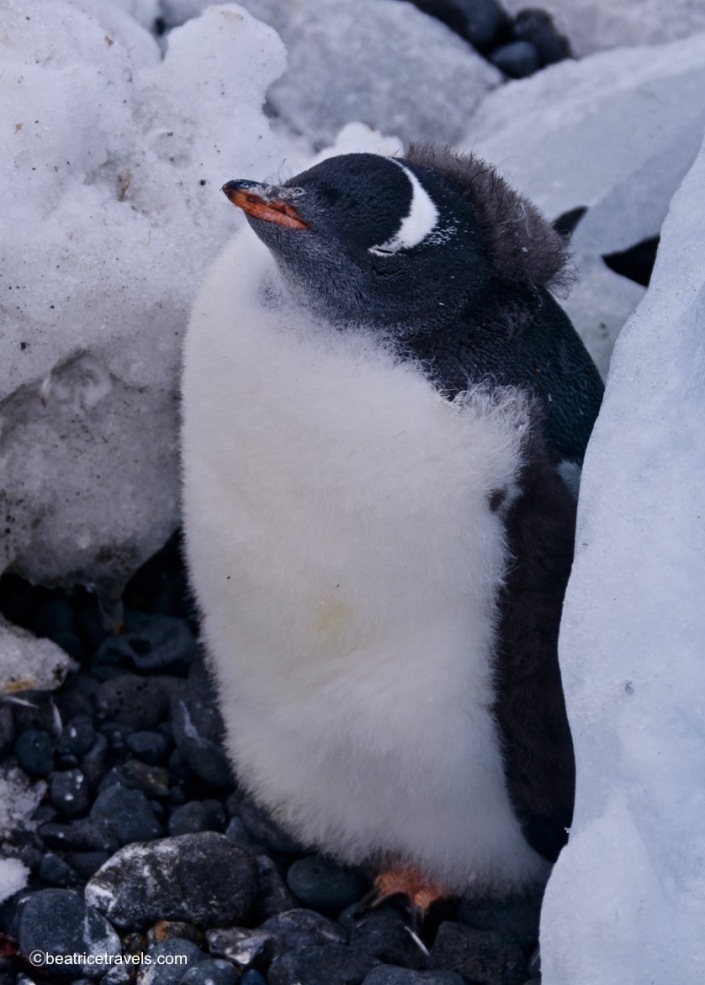 After spending about 3 hours on Brown Bluff, we headed back to our ship for a well-deserved lunch and some wine.  After a little bit of a rest, we were out again for a zodiac ride around the area to explore some icebergs and search for some seals and whales.  Stay tuned!