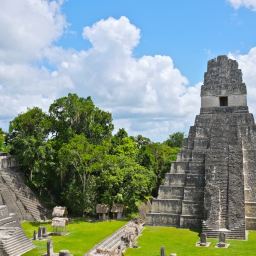 Tikal, situated in the El Peten region of Guatemala, is the ruins of the capital of one of the most powerful kingdoms in the ancient Maya World.  It remained somewhat prosperous until the decline of the Maya civilization around 900 AD and was eventually abandoned completely and consumed by the rainforest surrounding it.  Tikal was rediscovered in 1848 and it is one of the largest archaeological sites of the pre-Columbian Maya civilization.  Excavation work is still ongoing and temples still being uncovered.  Tunnels have been mapped under the complex which extend 800 km to the opposite side of the country.

END_OF_DOCUMENT_TOKEN_TO_BE_REPLACED 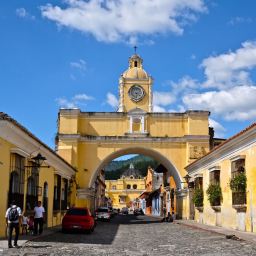 Antigua was founded in the early 16th century and was the colonial capital of Guatemala.  It is less than an hour away from Guatemala City.  Antigua is an outstanding example of Spanish colonial architecture and was declared a UNESCO World Heritage Site in 1979. The city is filled with colonial-era mansions, churches, and convents.  We did a cultural walking tour with Elizabeth Bell focusing on the city’s history, culture, and restoration efforts.  We wandered around the small city and visited the City Hall, Palace of the Captain’s General, the San Jose Cathedral, a jade workshop, and Paseo de los Museos inside the Hotel Casa Santo Domingo.