Warsaw is the capital of Poland and was completely destroyed during World War II. Almost every building today dates to the postwar era with very little remains of the old structures in the restored Old Town.  Nearly every European architectural style can be found in Warsaw from gothic to renaissance to baroque and neoclassical. In … END_OF_DOCUMENT_TOKEN_TO_BE_REPLACED 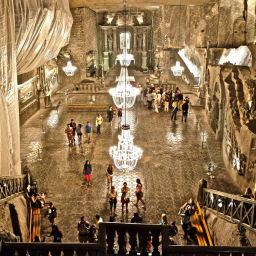 Wieliczka Salt Mine is often visited in conjunction with Auschwitz because of their close proximity.  It is one of the world’s oldest salt mines that continuously produced table salt until 2007.  Now tourists can visit this subterranean world of labyrinthe corridors, chapels, and saline lakes inside this old mine.

END_OF_DOCUMENT_TOKEN_TO_BE_REPLACED 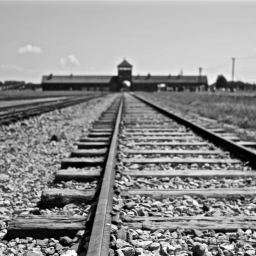 I debated whether I wanted to visit Auschwitz and Birkenau on this trip.  I went in the end and it was such a sobering experience.  Auschwitz and Birkenau were the largest of the Nazi concentration camps built during WWII.  From 1942-1944, transport trains brought Jews from all over German-occupied Europe to these camps.  At least 1.1 million prisoners died at Auschwitz with most of them being Jewish.  The surviving prisoners were finally liberated in 1945 when Germany surrendered and WWII ended.

END_OF_DOCUMENT_TOKEN_TO_BE_REPLACED

Krakow is one of the oldest cities in Poland.  During World War II, Krakow became the capital of the German General Government and because of that, it was spared from much destruction during the war.  Krakow has traditionally been one of the leading centers of Polish academic and cultural life with one of the oldest universities,  Jagiellonian University, in the world.  In 1978, the entire old town of Krakow was added to the UNESCO World Heritage List.