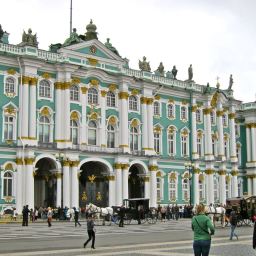 St. Petersburg is the second largest city in Russia and is located at the head of the Gulf of Finland on the Baltic Sea.  It was the imperial capital of Russia between 1713–1728 and 1732–1918.  St. Petersburg is probably the most westernized city of Russia, as well as being its cultural capital.  We stayed at Hotel Astoria in a convenient location next to St. Isaac’s Cathedral and the State Hermitage Museum.

END_OF_DOCUMENT_TOKEN_TO_BE_REPLACED 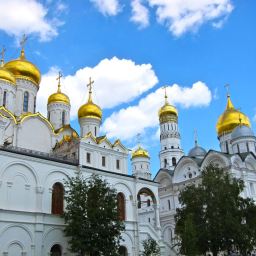 Moscow is the capital and largest city in Russia.  The city has served as the capital from the medieval Grand Duchy of Moscow and the subsequent Tsardom to the more recent Soviet Union.  Moscow is considered the center of Russian culture with its large number of museums, academic institutions, and theatres.  It is also the seat of power of the Russian Government located in the Moscow Kremlin where the Russian president resides.  Moscow’s architecture is world-renowned, especially the onion domes of its cathedrals.